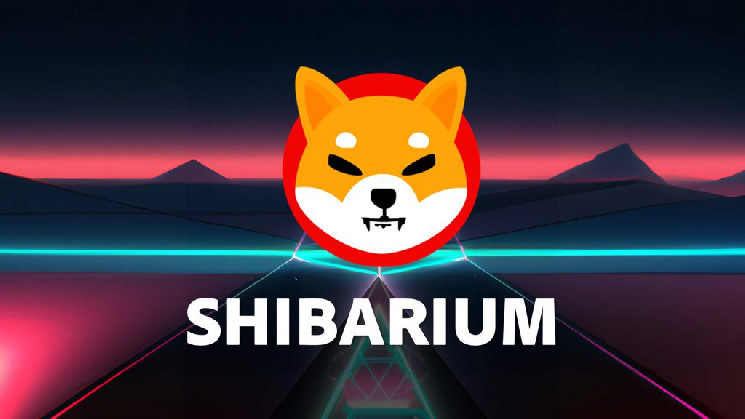 The Shibarium Bridge may soon be launched, linking the future Shiba Inu L2 network with Ethereum

SHIB Knight claims that the team behind the crypto project is building a bridge that will allow users to move assets from Ethereum to Shibarium.

Well-known crypto influencer SHIB Knight has shared details of a new crypto project that wants to expand the utility of the Shiba Inu Layer 2 network. Shibarium.

With the SHIB solution, Knight claims that users can “transfer assets” directly from the Ethereum blockchain to Shibarium when the L2 network launches.

«[Кай Кен Ину] is building the Shibarium Bridge, which will allow owners to transfer assets from [Ethereum] in Shibarium when it is launched,” SHIB Knight reported in a tweet.

The cost of KAIK has grown 1000 times since launch

Although the Shiba Inu team has not confirmed the development, members of the SHIB community seem to be excited about the upcoming project. The hype has led to the widespread adoption of Kai Ken Inu’s native token (KAIK).

SHIB Knight stated that KAIK has grown more than 1,000 times since the launch of the cryptocurrency. Also, a prominent Shiba Inu influencer said that Kai Ken Inu’s market capitalization soared from $2 million to a whopping $10 million yesterday.

$KAIK is already up 1,000x since launch, rising to $10M from $2M yesterday, with a healthy and optimistic chart.
They are building a Shibarium bridge that will allow holders to transfer assets from ETH to #Shibarium when it launches
Chart : https://t.co/t4brxWz60e pic.twitter.com/UWB0eynYuy

The Kai Ken Inu team also confirmed the massive rise in the value of their token in a tweet this week. Kai Ken Ying expressed gratitude to members of the crypto community, especially SHIBArmy, for helping to achieve a market cap of $10 million. In addition, he assured KAIK holders that this feat marks the beginning of more as he intends “shake the crypto space to its foundations.”

Dear #KAIKARMY! Thank you for your trust and support! We have reached 10 million market capitalization!!! This is just the beginning, we are going to shake the crypto space to its core!!! #KAIK #Shibarium pic.twitter.com/M6JMMgXC2L

However, the KAIK score dropped significantly, according to data cryptocurrency aggregator Live Coin Watch, the market value of KAIK is $4.42 million. The token is changing hands around $0.00000497, down 38.33% in the last 24 hours.

Meanwhile, the Shiba Inu team has yet to reveal an official launch date for Shibarium. However, the team has shared a series of updates that suggest that the launch of the L2 network is just around the corner. The Shiba Inu noted in his blog this month that beta version of Shibarium “just about to launch” while explaining some of the core concepts behind the upcoming layer 2 blockchain.