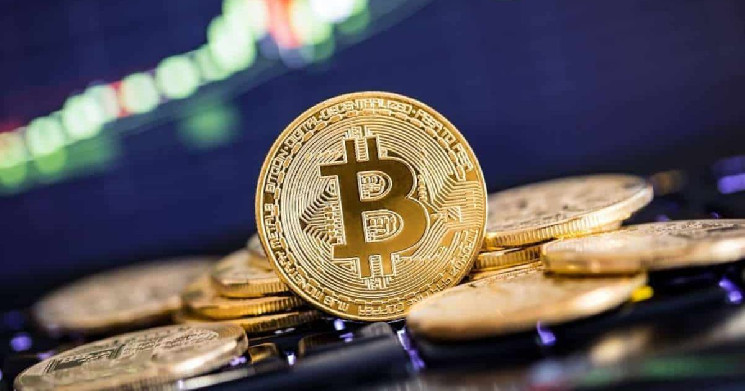 Bitcoin (BTC) continues to show positive momentum, having increased its value by 40% in January and climbed to $ 23,000. This is the most impressive increase for BTC since October 2021.

The recent price rally has forced analysts to focus on higher valuations last seen in mid-2022. Moreover, they expect further growth and a major breakout with the possibility of reaching $46,100 earlier than expected, according to Game of Trades research.

BTC fired up its racing engine after a massive breakout. $46,000 will come sooner than many investors think. 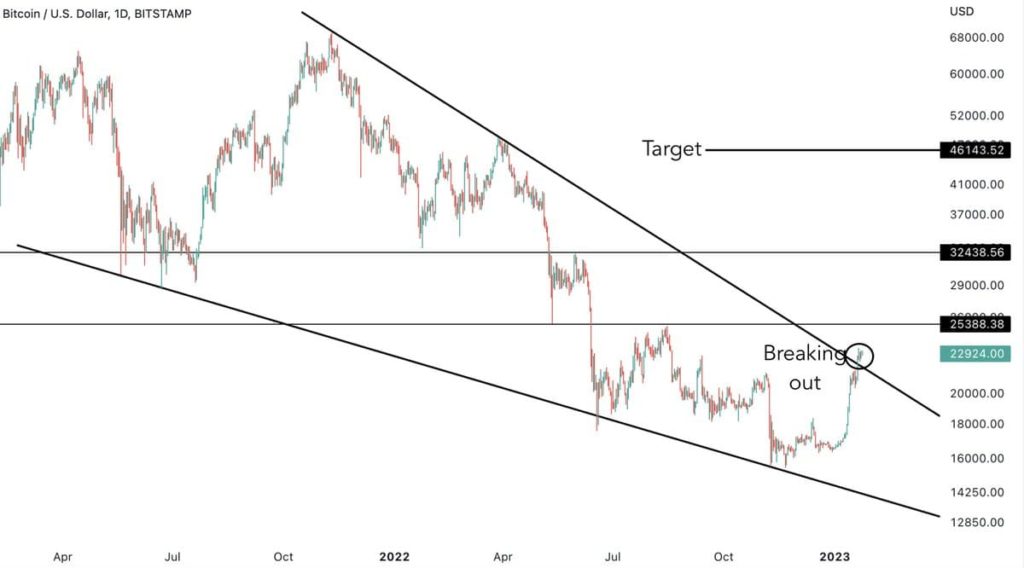 Despite the dire consequences of the bankruptcy of the FTX crypto exchange, the rebound of bitcoin is impressive, given that the main cryptocurrency has overcome critical resistance levels.

And while a rally to $25,000 is more than likely, it will depend on traditional risk assets led by tech companies, which have found a foothold again due to reduced recession fears and a less aggressive US Fed. Speculators are confident that on February 1, the Fed will raise interest rates by only 25 basis points.

Crypto trading expert Michael van de Poppe noted that BTC is facing critical resistance at $23,100, above which Bitcoin will open its way to $22,300, after which it will continue to set lower highs.

Bitcoin failed to overcome the decisive resistance at $23.1 thousand. If the attempts continue, we will probably receive about 22.3 thousand dollars. These are all serious buying opportunities.

On the evening of January 24, Bitcoin hovered around the $23,000 mark with a market capitalization of over $440 billion.