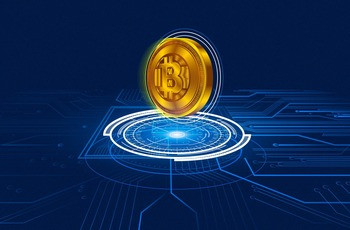 What happened? Macroeconomist Lyn Alden told Cointelegraph that bitcoin is gradually regaining its position. The price of the asset is heavily pegged to liquidity conditions, which have been improving since Q4 2022, clearing the fallout from the collapse of FTX and its hedge fund Alameda Research, she said. However, Alden believes that BTC is at risk of being in “significant danger” in 2023 due to the policies of Congress and the US Federal Reserve, which could lead to a decrease in liquidity. She added that such a situation would pose a threat to all risky assets, including the first cryptocurrency.

What is the danger for bitcoin? The Fed is currently pursuing quantitative tightening (QT), removing liquidity from the economy to fight inflation following a massive injection of funds that began in March 2020. These measures are softened thanks to US domestic politics, but in the future, the status quo may again change to the restrictive sentiment that was observed in 2022, when bitcoin was in a bear market.

Liquidity conditions are now good, Alden said, in part because the US Treasury is cutting its cash balance to stay within its debt limit. She explained that in this way it compensates for part of the QT that the Fed conducts.

Alden believes that once the issue with the debt limit is resolved, the Treasury will replenish its cash account, and this will lead to an outflow of liquidity from the system. “At this point, both the Treasury and the Fed will be pumping liquidity out of the system, and this will create a vulnerable time for risky assets in general, including BTC,” the macroeconomist warned.

At the same time, Alden is confident that in the long term, Bitcoin will finally recover from recent lows. However, traders should be mindful of liquidity risks in the second half of 2023, she concluded.

In July 2022, Alden stated that the “worst part” of the bear market was over. However, she did not rule out the possibility of a further decline in the price of BTC due to the uncertain macroeconomic situation and the lack of growth catalysts. In early January, she pointed out the difficulty in predicting the BTC rate due to the “instability of the asset” and noted that in 2023 one should not expect new historical price highs.