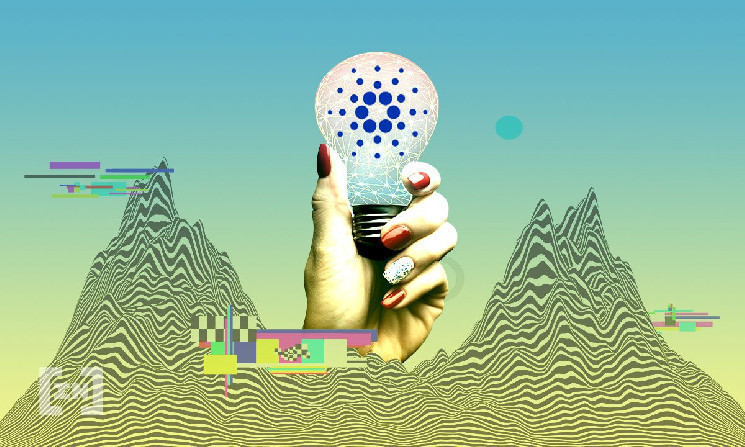 Cardano has officially announced the imminent launch of the Djed stablecoin

The Cardano project has officially announced the timing of the long-awaited launch of its stablecoin Djed. This event can breathe new life into the ADA token

Stablecoin from Cardano is on the way

On January 25, the COTI network announced that the Djed stablecoin developed by the project will be launched next week. The announcement did not specify a specific day of the week, but in general, it confirmed the previous Cardano notifications, according to which the stablecoin will be presented to the crypto community before the end of January 2023: 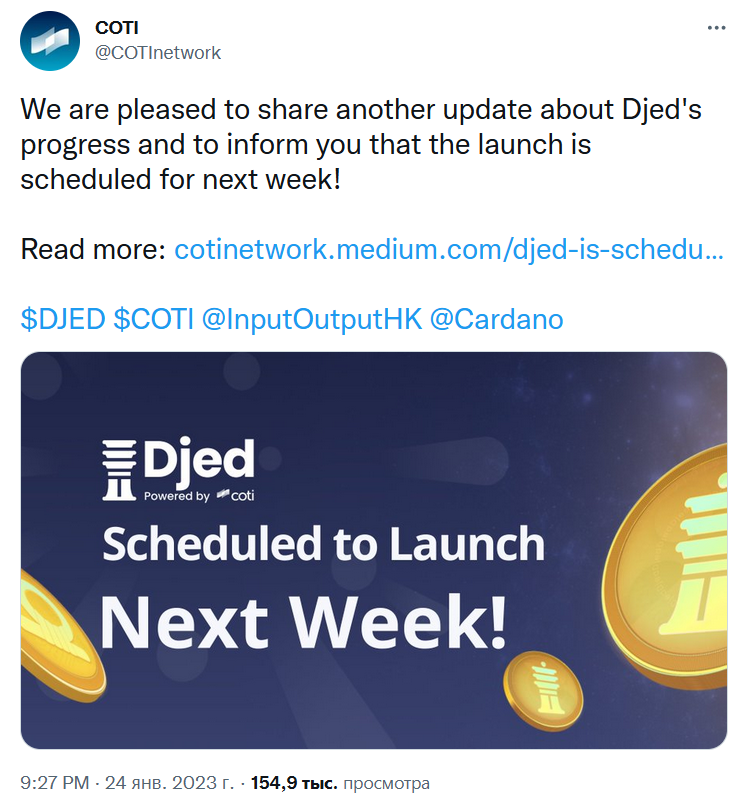 According to the developers, the only technical reason for the launch delay is the chain index synchronization process. They specified that this process could take 14 days, while it was started “a week ago and is expected to be completed next week.” Accordingly, Cardano has every chance to meet the deadlines and launch Djed before the end of January.

The announcement also reveals that DJED and its balancing coin SHEN will be listed on the Bitrue exchange. This Singapore-based exchange has already officially confirmed its readiness to list a new stablecoin: 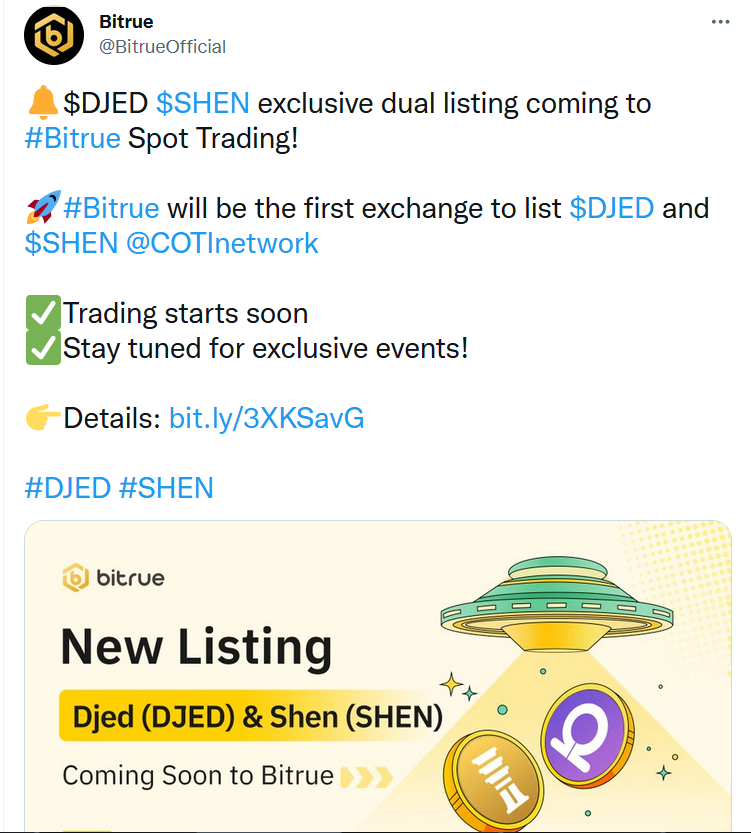 In addition, Minswap, the leading decentralized exchange (DEX) in the Cardano ecosystem, has already announced the creation of two pools (ADA/DJED and ADA/SHEN) for new tokens starting next week: 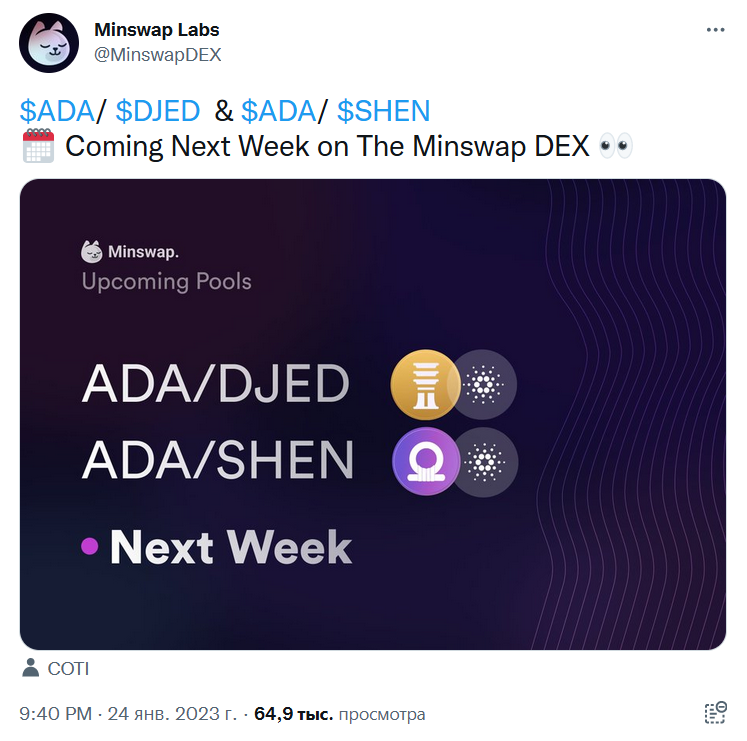 A little about DJ

BeInCrypto recently reported that Cardano developers had previously confirmed their intention to launch Djed, a super-collateralized algorithmic stablecoin, in January 2023. The test version of the digital asset was introduced in December 2022.

As the developers promise, the amount of excess collateral for the stablecoin will be 400% – 800%. Thus, “it will have 4-8 times the base value behind it compared to the total amount of issued Djed coins.”

It is also known that a snapshot mechanism and user interface have been developed to track rewards:

“As part of our efforts to staking the ADA that is credited to the Djed smart contract and earn additional rewards for $SHEN holders, we are developing a snapshot mechanism and user interface that will be added to djed.xyz where $SHEN holders can track these extra rewards.”

ADA is sent to the stablecoin smart contract in exchange for DJED. The third token called SHEN acts as a balancing factor when ADA quotes fluctuate.

Will it help the ADA course

Against the backdrop of news about the imminent launch of a new stablecoin in the ecosystem, the Cardano (ADA) rate has recently shown active growth. However, this morning during the Asian trading session, the token came under pressure.

The ADA price hit an 11-week high of $0.384 on January 22, but is pulling back today along with the entire crypto market. At the time of writing, it has an intraday drawdown of around 5.7% and is trading in the $0.36 region. However, within the week, the coin continues to remain in the green zone (about 3.5% at the time of writing).

Perhaps the current pullback could be a convenient opportunity for Cardano and ADA enthusiasts to enter the market at profitable levels ahead of the imminent release of Djed.