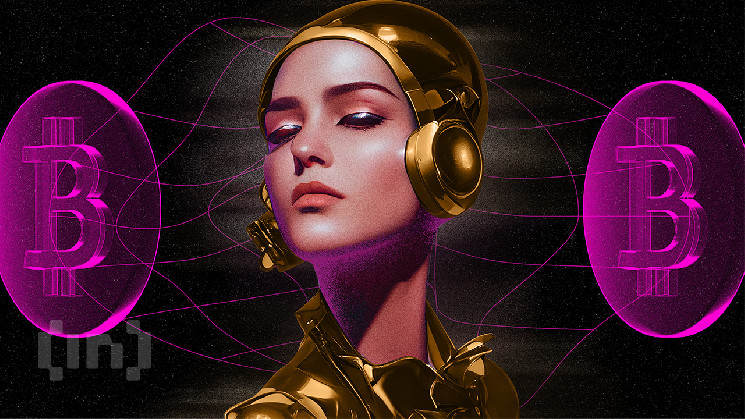 what investors expect as the S&P 500 rises

Despite the growth realized by Bitcoin in January, many members of the crypto community continue to argue about whether BTC can update cyclical lows in the future. The editors of BeInCrypto collected the opinions of both sides in one review

Digital assets are under pressure from the stock market. Therefore, many members of the crypto community are closely monitoring the health of the S&P 500 index. Bitcoin, and other coins following it, often repeat its movements. As of the end of January, the S&P 500 came close to resistance and broke through it. Such behavior of the index, according to members of the crypto community, opens up the possibility of further growth for bitcoin. 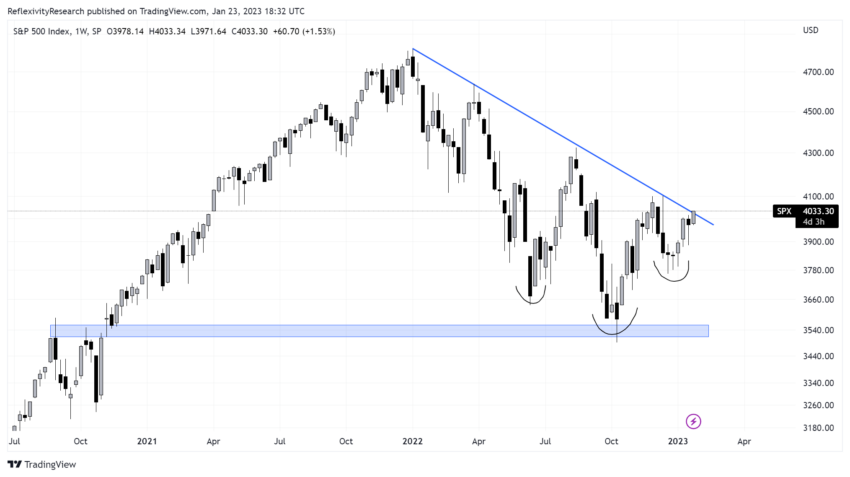 A fly in the ointment was added by American financier Michael Burry, who was able to correctly predict the collapse of the US real estate market before the global financial crisis of 2008-2009. He noted that earlier in the history of the market there were already periods when positive, at first glance, the growth of the S&P 500 ended with the index reaching new lows. 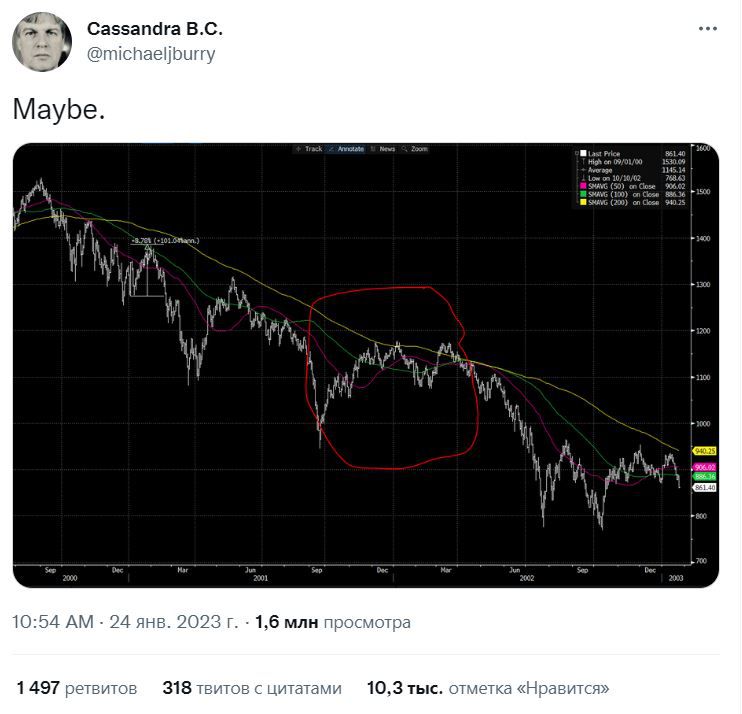 According to the financier’s observations, a similar picture could be observed on the market in 2001-2002.

Many crypto investors are convinced that bitcoin has already passed cyclical lows. According to this logic, the coin will not continue to decline even if the S&P 500 returns below the resistance line.

Investors are waiting for growth

Capriole Investments founder Charles Edwards believes that bitcoin has already bottomed out amid the FTX crash in November 2022. He also drew attention to the signals of the Hash Ribbons indicator, which helps to determine the cyclical bottom. Against the backdrop of BTC going up, the instrument gave a buy signal. 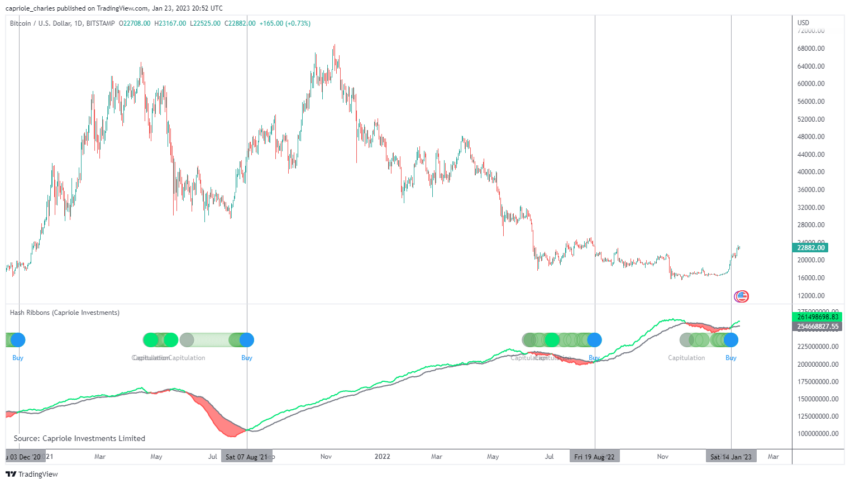 Analyst Adrian Zdunczyk agreed with the opinion of Charles Edwards that growth is ahead of BTC. He drew attention to the signals of the indicators, which indicate a likely continuation of the positive movement of the coin.

Many crypto investors also give a positive outlook for Bitcoin. In their opinion, this week the coin will be able to update the local maximum. A possible trajectory of the movement of the cryptocurrency was presented by an analyst popular in the crypto community, blogging under the nickname KALE O.

Among the members of the crypto community who give a positive forecast for bitcoin, there are many supporters of the theory of BTC cyclicality, which is based on the impact of regular halvings on the behavior of the cryptocurrency. History suggests that the rest of the cycle – until the next halving, the coin can spend in a positive movement. 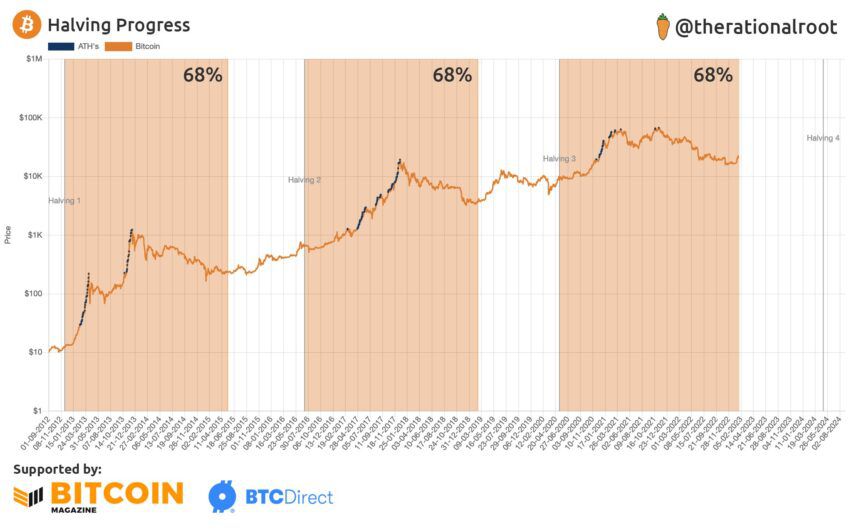 The position of bitcoin in the context of the theory of cyclicity. Source: twitter

Also, market participants pay attention to the record volumes of the outflow of bitcoins from exchanges. Statistics show the unwillingness of cryptocurrency owners to part with their coins. The decrease in the number of sellers in the market is a positive signal for BTC. 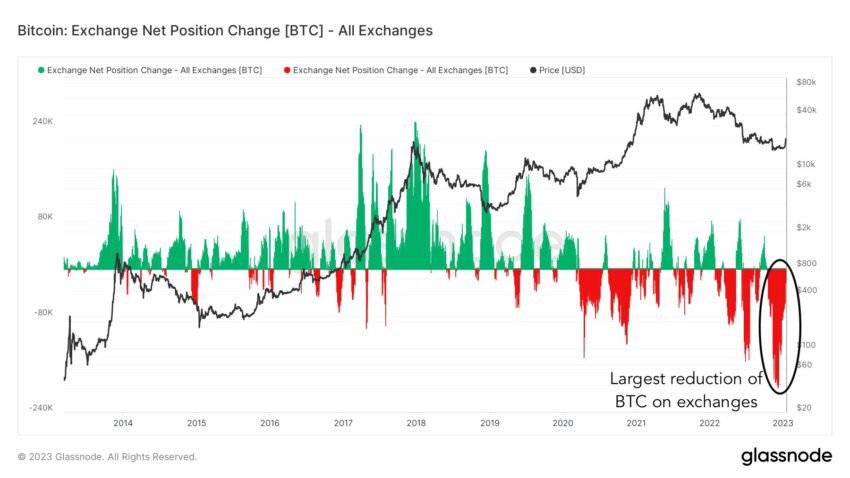 The outflow of bitcoins from crypto exchanges. Source: GlassNode

At the same time, representatives of the crypto industry pay attention to the fact that BTC movements upset supporters of the theory, according to which the coin will continue to search for a cyclical bottom.

Not all members of the crypto community see the growth potential of the coin. For example, a popular analyst who leads a microblog under the nickname PROFIT BLUE gives a negative forecast for bitcoin. 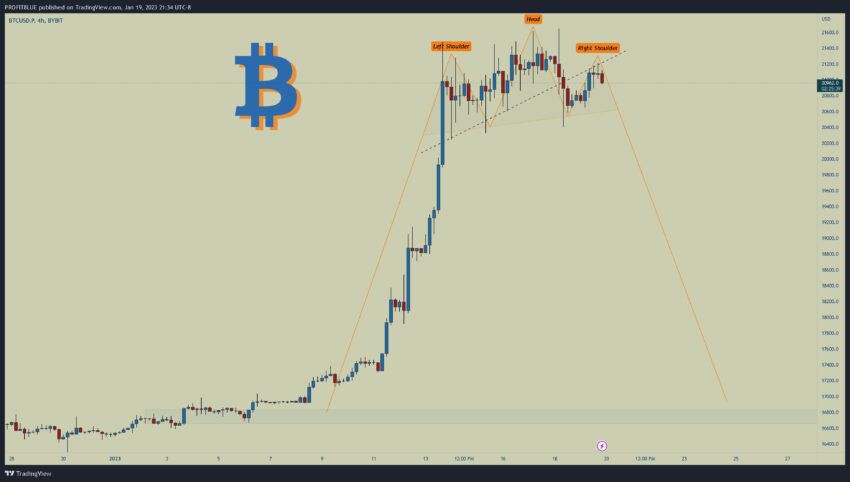 In his opinion, the technical picture indicates the likelihood of the cryptocurrency descending to lows. The analyst calls the level of $10,000 as the basic target for bitcoin.

Recall that earlier the editors of BeInCrypto collected statistics on the behavior of bitcoin against the backdrop of the Chinese New Year.