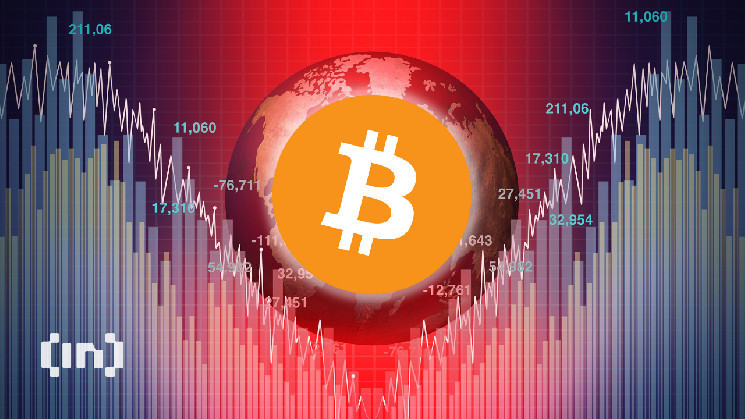 Ren Protocol representatives urged users to switch to Ren 2.0 due to the risk of losing investments in renBTC

Holders of renBTC tokenized bitcoin (RENBTC) should switch to the Ren 2.0 network as soon as possible due to the closure of the original version of the project. The developers of the Ren Protocol project announced this on Twitter. 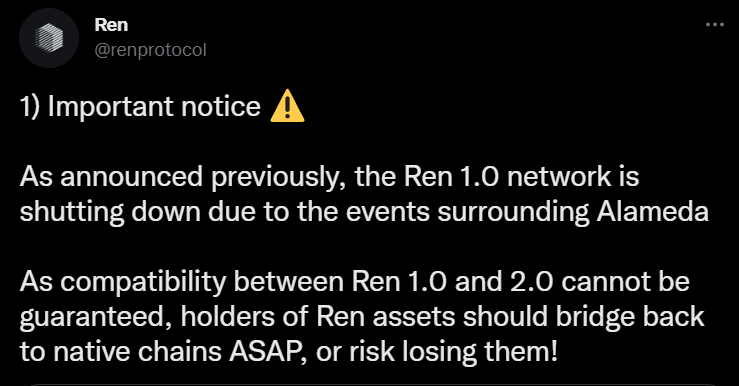 Users can check the version of their tokenized bitcoin at zapper.fi or app.zerion.io, Ren Protocol said. After closing the original version of renBTC, the developers will not be able to guarantee the safety of the assets of those users who refuse to upgrade.

The refusal of the original version of renBTC is due to a connection with the scandalous firm Alameda Research, which traded the assets of clients of the now bankrupt FTX crypto exchange without their knowledge. Recall that in early 2021, Alameda Research bought out Ren Protocol. The terms of the deal are still unknown.

Ren Protocol said that Alameda sponsored the development team on a quarterly basis. However, due to the bankruptcy of FTX, the final financial tranche will only cover costs at the end of 2022.

To continue working on the project, Ren Protocol decided to re-create the tokenized bitcoin architecture based on Geth (one of the three implementations of the Ethereum protocol). At the same time, initially users will have access only to the test network. When exactly the mainnet is scheduled to launch is unclear.

Ren Protocol explains the rush by saying that they want to end their collaboration with Alameda as soon as possible and focus on the project. Recall, earlier it became known that the issuer of the DAI stablecoin, MakerDAO, will exclude renBTC from its reserves due to the developers’ connection with Alameda Research.