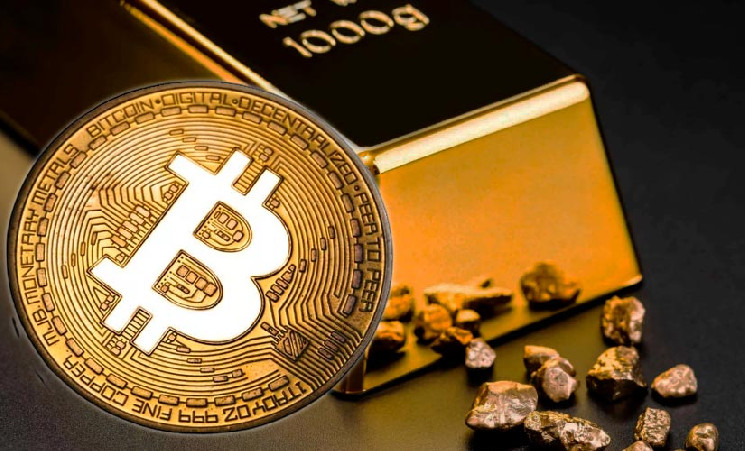 The cryptocurrency market has not yet fully recovered from the massive sales that occurred against the backdrop of the resonant collapse of the FTX exchange. Bitcoin has faced serious challenges this year and has dipped in price by 75% from the historical extreme of $69,000.

However, Bloomberg Intelligence’s chief commodities strategist Mike McGlone is optimistic about the prospects for the flagship crypto asset. According to him, after some time, bitcoin will be able to overtake gold in terms of dynamics. The expert stressed that the digital world is developing rapidly and it is Bitcoin that will be able to impose serious competition on precious metals.

Separately, McGlone noted that the current volatility of bitcoin has slightly decreased, but it remains still high, overtaking the volatility of gold by about 4.5 times. But here it is worth considering the context, since in 2018 the flagship crypto asset overtook the precious metal in this indicator by almost 10 times.

As of December 8, Bitcoin was trading at $16,820, adding about 0.07% in price per day. However, the asset has lost almost 15% in price over the past 30 days. Meanwhile, gold is holding at $1,785 an ounce. It is noteworthy that not all economists positively assess the situation around bitcoin. For example, the head of Online Blockchain, Clem Chambers, recently announced that he expects BTC to drop further, all the way to $8,000.

Earlier, the editors of Crypto.ru informed: Cardano continues to actively scale its activities, despite the non-cryptocurrency crisis. The head of the firm, Charles Hoskinson, said that the platform will soon introduce a new version of the Midnight blockchain. According to him, this ecosystem will be able to solve many of the privacy problems that accompany the digital asset segment.