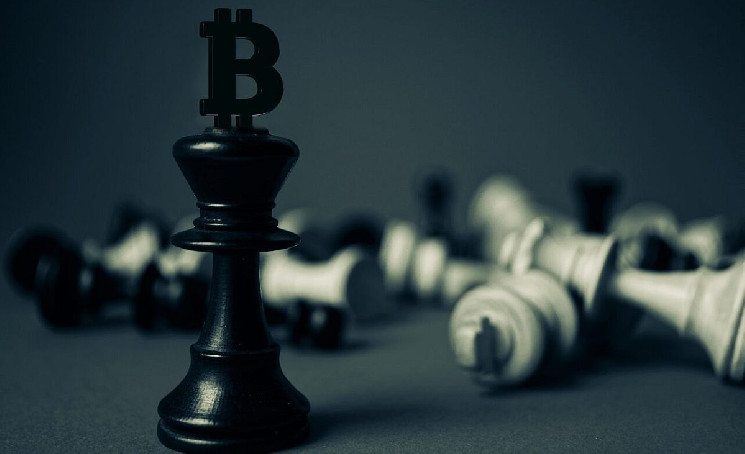 The second leading crypto asset Ethereum (ETH) has a market capitalization of around $155.38 billion or 18.1% of the total $856 billion.

In the early days, BTC’s market lead exceeded 90%, and this state of affairs continued from 2010 until the second week of November 2014. After that, BTC dominance in the market remained above 80% until the first week of March 2017.

The market share of bitcoin below 80% has been maintained for 68 months, while the main cryptocurrency has been trying to keep the 40% range lately. From May 15, 2021 to August 27, 2022, BTC’s market lead in terms of capitalization has been above the 40% range for 15 months.

In 2022, BTC dominance has fallen below 40% for more than three consecutive months, a rate that has not been this low since May 2018. From a logarithmic perspective, Ethereum (ETH) market dominance has shown significant growth since January 2020.

From January 2020 to today, or roughly 35 months, Tether (USDT) market dominance has increased by 285% compared to the combined value of over 20,000 registered crypto assets.

Of the top ten digital assets in terms of market valuation, BTC and XRP dominance levels have seen the biggest declines. At the same time, over the past 35 months, the market share of the Dogecoin (DOGE) meme token has increased by 1100%.