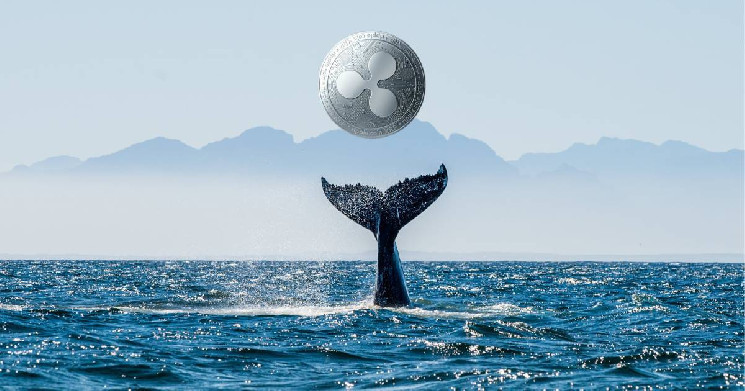 Cryptocurrency tracker Whale Alert has tracked almost a dozen transactions with 4.124 billion XRP over the past couple of hours. All funds were transferred from the American crypto exchange Bittrex.

Whale Alert marked the sending wallet as belonging to the Bittrex crypto exchange, the recipient wallets are marked as “unknown”. However, according to Bithomp’s XRP wallet activity tracking information, the recipient addresses are associated with the major South Korean crypto exchange Upbit.

It is possible that Bittrex acted as an XRP store for Upbit, but now the trading platform is withdrawing tokens to its own wallets. 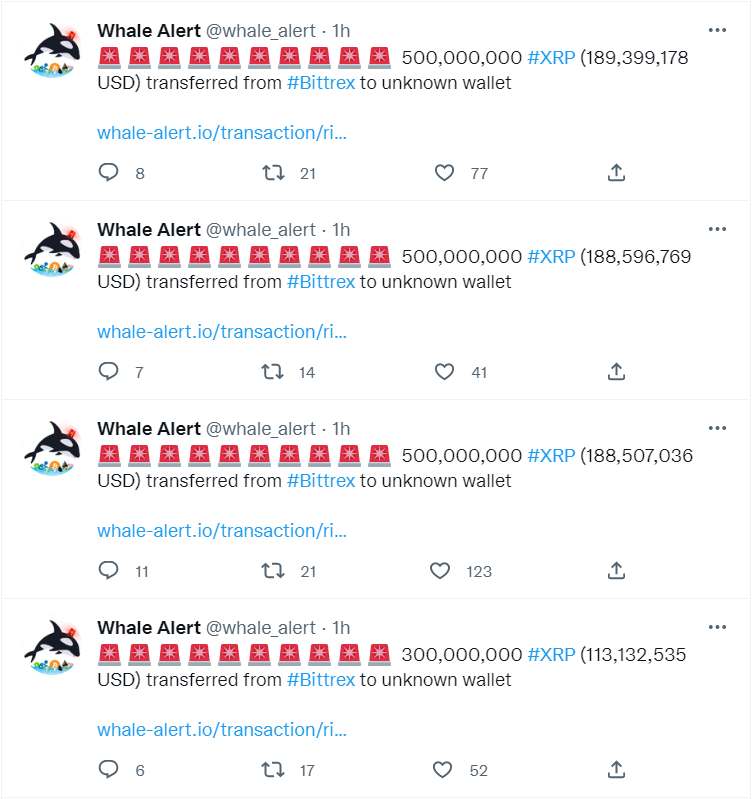 Large transfers also continue to be made by Ripple, although monthly escrow withdrawals that began in 2018 were due to be completed in the middle of this year.

However, the XRP issuer continues to maintain the liquidity of the coin on exchanges and among its customers, withdrawing approximately 800-700 million tokens from escrow wallets.