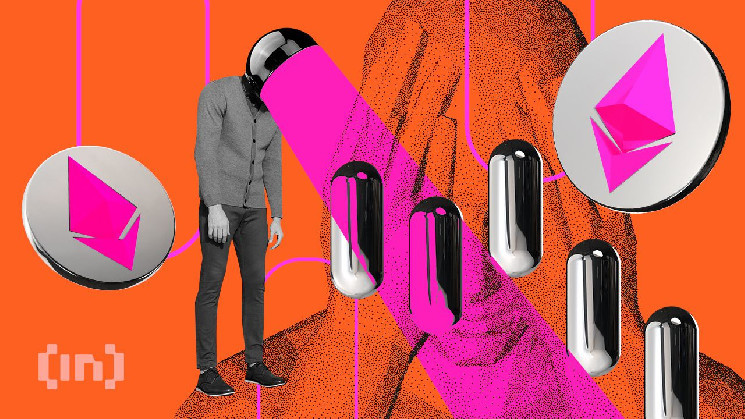 The ether (ETH) annual inflation indicator has regained positive values ​​for the first time since the beginning of November. 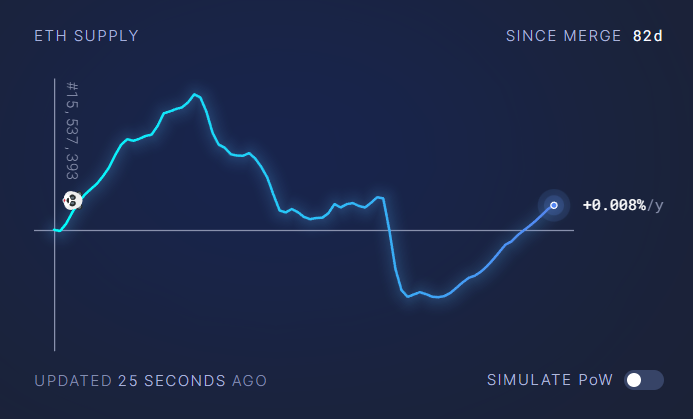 At the same time, back in early November, the volumes of burned ETH overtook the emission, which made the cryptocurrency deflationary.

Most commission burns are recorded on the Uniswap V3 cryptocurrency exchange platform (~4192.1 ETH burned over the past thirty days). In second place were the fees burned for ETH transactions on the Ethereum network (3195 ETH). The top three most active projects were closed by the USDT stablecoin smart contract, through which ~2593 ETH was burned.

In total, in almost a month, the Ethereum network burned over 50,000 ETH, and about 1.2 ETH burns on commissions every minute.

Recall that before the transition of Ethereum to the Proof-of-Stake algorithm, the number of ETH issued per day was calculated by the formula: block reward for miners + reward for PoS stakers – burned ETH. However, after the transition to PoS, block rewards are no longer generated either at the execution layer or on the main Ethereum network.

Considering that the issuance at the execution level after switching to PoS is zero, the amount of new ETH is now calculated as follows: the reward for PoS stakers is tokens burned. At the time of writing, the ETH exchange rate in the ETH/USD trading pair is $1261, according to Nomics. Market capitalization at the same time is fixed at the level of $154.5 billion.

Bitcoin has started a new bull cycle leading to the $150,000 level