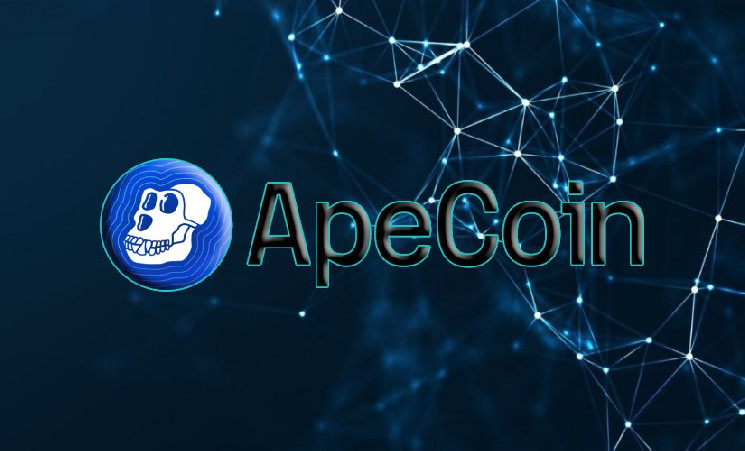 Experts from the analytical service Nansen spoke about the results of the launch of the staking pool for the ApeCoin (APE) cryptocurrency. According to them, analysts monitor the situation with rates in real time. The researchers recorded that the amount of APEs frozen in the new smart contract was already $17 million, or 4.28 million tokens.

Experts reminded: rewards will begin to accumulate starting from December 12, 2022, and until that time, token holders are likely to block even more virtual assets, wanting to make a good profit. Analysts said that the leading staker at the moment is an anonymous user under the pseudonym nobody_vault, who made a bet in the amount of 168.35 thousand APE ($673 thousand). Previously, he also held 37 Bored Ape Yacht Club (BAYC) virtual meeting items, 25 MAYC tokens, and 190 Otherdeed NFTs.

As of 11:20 Moscow time on December 6, 2022, ApeCoin (APE) cryptocurrency quotes were at $4.11. This is 2.05% lower than yesterday. The total supply of digital assets on the market amounted to $1.48 billion, which allowed it to confidently settle on the 31st line in the ranking of the best in terms of maximum capitalization.

Market participants secured $174.63 million worth of APE deals in the past 24 hours. This value is up about 12.1% in 24 hours. In just a week, traders completed trading operations with this cryptocurrency for a total of $679.99 million. In total, 361.25 million APE tokens were in circulation, which accounted for about 36% of the total issue of this virtual currency.

It was possible to purchase an asset on all leading trading platforms, including Binance, Coinbase, KuCoin, Kraken and other exchanges.

Earlier, the Crypto.ru editors reported that the Yuga Labs studio is busy creating a unique collection of non-fungible Mecha Apes tokens, which will be released on the basis of ApeCoin.