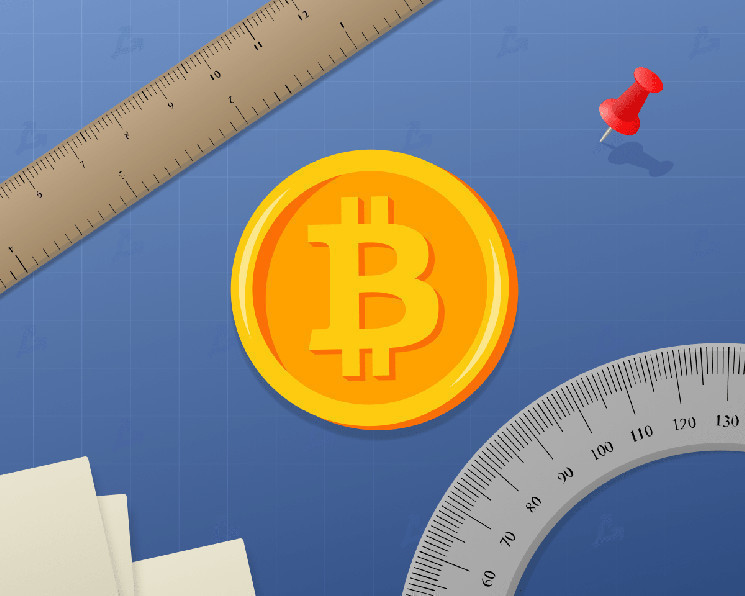 In November, trading volume on the leading spot platforms monitored by ForkLog surged 22% to $689 billion despite the collapse of FTX structures. This is stated in the monthly analytical report of the magazine.

Of the total $495 billion (70%) came from Binance, which was the main beneficiary of the collapse of FTX International. Coinbase and Kraken ($61 billion and $23 billion, respectively) also improved their positions, as the US branch of the Sam Bankman-Fried exchange also closed, and local users cannot work with unregulated platforms. 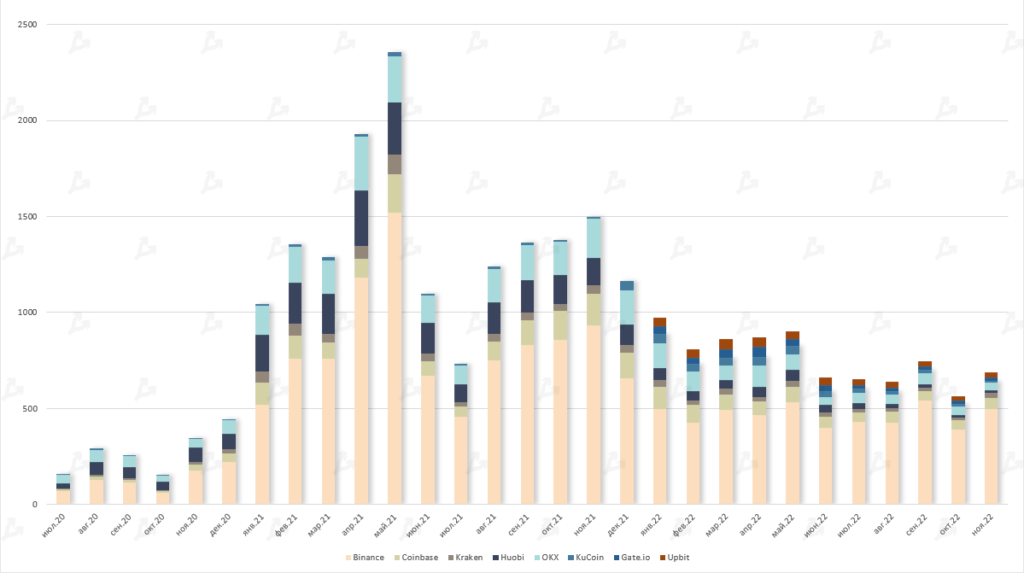 At the end of November, the total volume of assets in the accounts of centralized exchanges (CEX) decreased by 15% – over the month, the outflow exceeded 3.5 million ETH. The share of ETH locked in DeFi app smart contracts reached 26.71% (27.97% in October).

Against the backdrop of a crisis of confidence in centralized services, users have again shown interest in decentralized exchanges. The non-custodial platforms tracked by ForkLog recorded the highest trading volume since June 2022 — almost $69 billion. 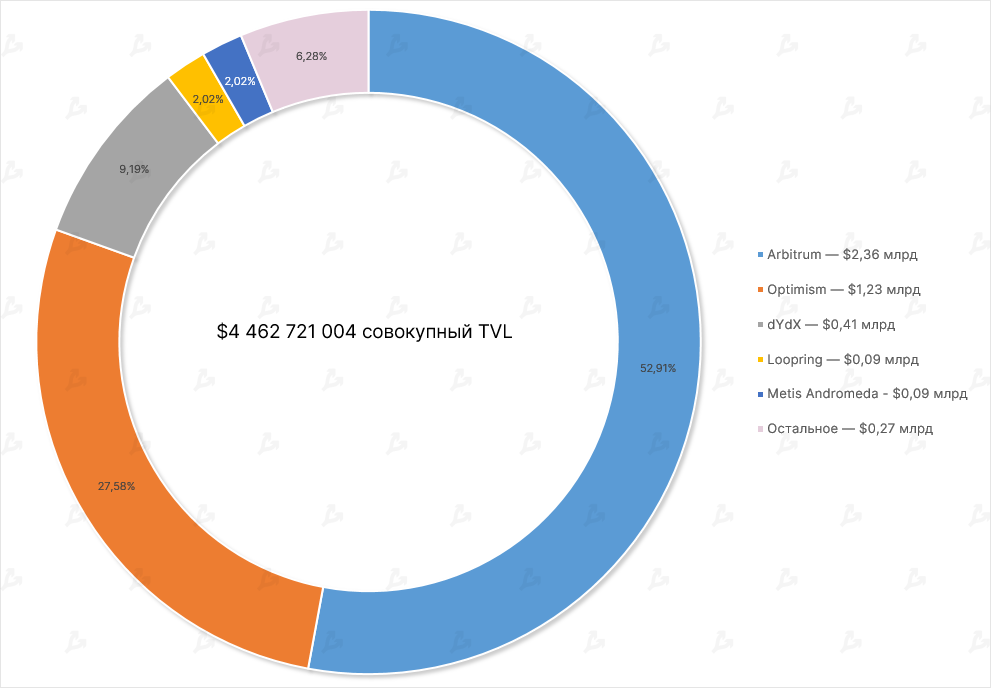 TVL in the L2 protocols of the Ethereum network, in ETH and $. Data: L2Beat.

Recall that in November, JPMorgan analysts concluded that the superiority of CEX over their decentralized counterparts will continue, despite the collapse of FTX.