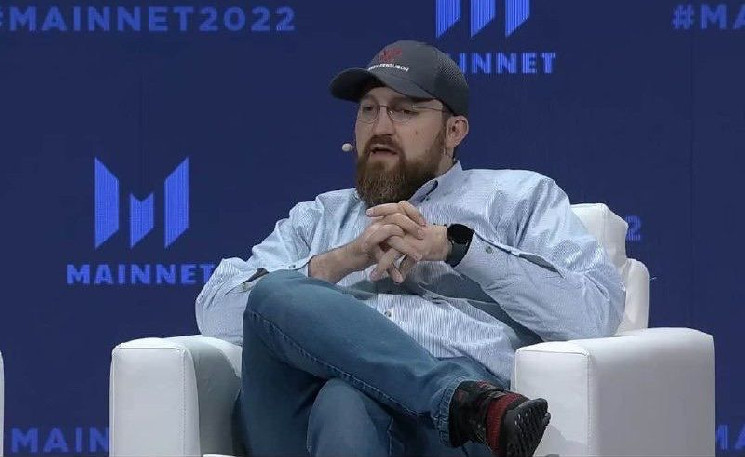 Cardano founder Charles Hoskinson has criticized the well-known crypto exchange Gemini, owned by the Winklevoss twins, for refusing to add the ADA token to the platform. He thinks that delisting from the ADA is “closely linked” to the risk of bankruptcy. 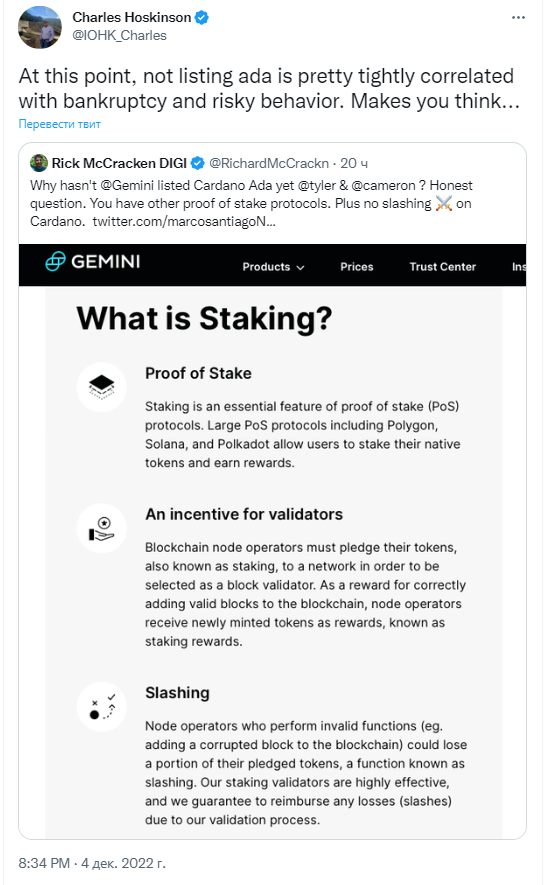 Gemini is believed to have been trying to recover up to $900 million from crypto lender Genesis, which is currently on the brink of bankruptcy.

Interestingly, the second largest crypto exchange and already bankrupt FTX did not support ADA either. True, its CEO Sam Bankman-Fried tweeted that the addition of the coin was on the exchange’s agenda just a few weeks before the crash. Back then, ADA was the only significant cryptocurrency not listed on FTX.

How is it possible that the 9th largest coin by market capitalization is not listed on Gemini, but the exchange also presents a long list of “dubious” (and I’m still generous) microcapitals? Matt Southerton wrote.