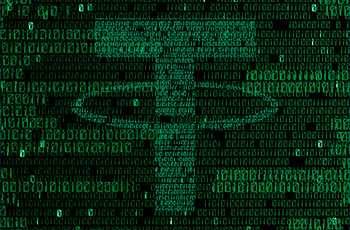 What happened? Tether has become more likely to lend to its customers in centralized USDT stablecoins instead of selling coins for hard currency. This increases the risk that the company will not have enough liquid assets to buy them back in a crisis. This is written by the journalists of The Wall Street Journal.

What risks have journalists identified? Tether says it only lends to eligible customers and requires borrowers to provide “extremely liquid” collateral that can be traded for dollars if a borrower defaults.

These loans have been reflected in the financial statements on the Tether website for several quarters. In the latest report, they reached $6.1 billion (September 30, 2022) or 9% of the company’s total assets. Tether calls them collateralized loans and does not disclose much about the borrowers and the collateral they accept. Company spokeswoman Alex Welch confirmed that all secured loans in the reports were issued and denominated in Tether. In addition, she stressed that the disclosure of the company’s information is limited only to those reports that it publishes on the website.

The growth of Tether lending carries risks for the cryptocurrency market. The main idea behind stablecoins is that they are hard-pegged to the dollar. And issuers are trying to demonstrate that they have enough funds to secure this peg. The vast majority of assets in Tether reports are cash, treasury bonds, and other safe and easily convertible instruments. With loans, things are different. The company cannot be sure that they will be returned, sold for dollars, or secured.

Lending in tokens also contradicts statements on the company’s website, which clearly states that new USDT is issued only in exchange for currency. In addition, company representatives claim that all tokens are 100% backed by reserves.

Another risk is related to the fact that with a decrease in cryptocurrency rates, some collateral may cost much less than at the time the loan was issued. When crypto lending platform Celsius went bankrupt in July, it became known that it was using bitcoin as collateral to secure a loan from Tether. Given that Bitcoin has fallen 63% this year, the market value of the loan could be much lower. However, Tether representatives reported that the position of Celsius was liquidated without loss.

According to the latest reserve report, Tether’s total assets as of September 30 were $68.06 billion, with total liabilities of $67.81 billion. Thus, the company’s financial cushion was about $250 million.

Since loans issued are denominated in USDT, their market value fluctuates depending on the price of the asset. If USDT drops below $1 and the company has USDT loans, they will no longer be backed by the dollar. Given that the price of the stablecoin fell to $0.956 on May 12 and to $0.977 on November 10, a larger decoupling from the dollar could lead to liquidity problems.

A drop in the cost of Tether loans by just 4% would destroy the company’s entire airbag. Given the current financial situation, a 4% decline is not unusual in the markets. Among U.S. banks listed on major exchanges, 36% reported that the market value of their loans is more than 4% below their book value, according to S&P Global Market Intelligence.

In September, a New York court ordered Tether to file financial statements on USDT collateral. The information is likely needed to address allegations that the company was involved in transactions using unsecured USDT and that these transactions were “strategically timed to inflate the market.”

In November, Tether assured that the connection of the bankrupt trading firm Alameda Research with the Solana blockchain would not affect USDT. The announcement came after exchanges Binance and OKX announced they were imposing limits on USDT and USDC issued on Solana. The company noted that stablecoins are fully backed by liquid reserves, while announcing the transfer of 1 billion USDT from Solana to Ethereum.