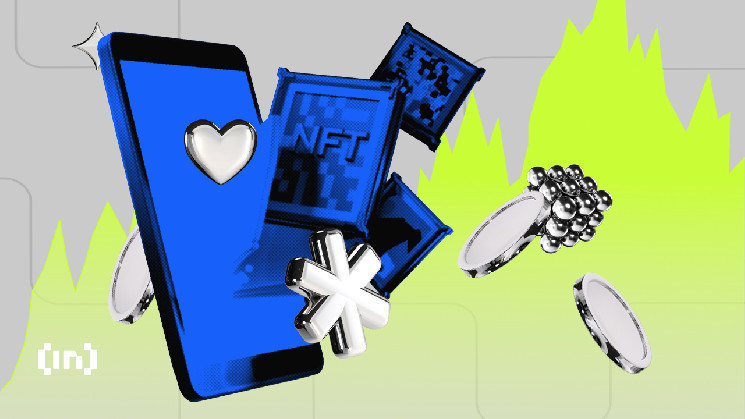 The creators of non-fungible tokens were able to earn over $1 billion in royalties in OpenSea in 2022, according to the marketplace

Artists of NFT art have earned about $1.1 billion from collection sales royalties, OpenSea NFT marketplace announced this on its official website.

Revenue does not include sponsorships between brands and NFT artists, bonuses or grants, OpenSea added. At the same time, 80% of the declared amount fell on medium-sized collections like Bored Ape Yacht Club (BAYC). However, OpenSea did not specify details like the most profitable NFT collection.

It is noteworthy that earlier OpenSea was criticized due to the monopolization of the market and the unwillingness to share revenue with NFT artists. According to Wiley Aronov, co-founder of BAYC developer studio Yuga Labs, marketplaces like OpenSea not only get rich on NFT trading (OpenSea has a 2.5% commission on transactions), but also prohibit the creators of NFT collections from receiving royalties from user resales.

Investment firm Galaxy Digital estimates that Yuga Labs has earned more than $147 million in royalties from BAYC resales. In total, in the digital collectors industry, Ethereum-based NFT creators have been able to receive more than $1.8 billion in bonus deductions.

Yuga Labs has already proposed its own model for solving the problem of monopolization of NFT marketplaces that do not want to share income with artists. Earlier, Aronov introduced the concept of a smart contract that would block the sending of non-fungible tokens to marketplaces that ignore royalty payments. However, since then the idea of ​​implementing such a system in practice has not been raised.

Read about the high-profile NFT projects that brought losses to investors in a special article by the BeInCrypto editors.