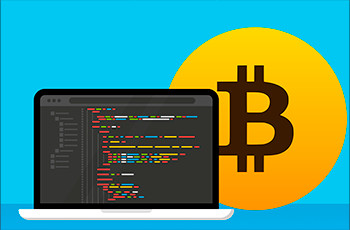 What happened? An analyst named FatMan, who investigated the collapse of the Terra ecosystem, said that the ChipMixer crypto-mixer is a project of the US government. According to him, the service was created to deanonymize transactions and break the privacy of bitcoin. FatMan noted that the US authorities are doing everything possible to have access to the flow of information on the Internet, which includes data on the digital currency sector. Analytics FatMan. The expert noted that the use of cryptocurrencies increased dramatically in 2016 and 2017. It was also at that time, according to FatMan, that governments realized that anonymous digital assets would allow criminals to move large sums of money in such a way that capital controls would become useless. So in May 2017, ChipMixer was founded. Behind the service was a new anonymous account on the Bitcoin Talk forum. ChipMixer quickly gained popularity, offering a wide range of services, a user-friendly interface and allegedly true anonymity.

FatMan noted that the ChipMixer was released on a “pay what you want” model, which he says is uncharacteristic of mixers. Users were not charged mandatory fees for mixing crypto assets and could instead make donations to the website. The analyst called such a business model unviable.

FatMan noticed that ChipMixer’s costs are rather suspicious. At zero revenue, the mixer paid out several large rewards to alpha testers, bought advertising space on the forum, and ran a large subscription campaign, with expenses in the tens or hundreds of bitcoins, the investigator explained.

After studying the history of ChipMixer, FatMan realized that the project was funded by an extremely wealthy organization that did not care about profitability. According to the analyst, she has enough funds to make the service popular. “Millions have been spent, but income comes only from small donations,” the expert explained.

FatMan emphasized that running a centralized bitcoin mixer is illegal, and the risk/reward ratio is irrelevant if profit is not taken care of. “People with high wealth will tell you that committing unprofitable crimes for the sake of altruism is never worth the risk of imprisonment,” says FatMan.

According to the analyst, $10 million is a serious amount for most, but not for American intelligence agencies such as the Central Intelligence Agency or the National Security Agency. FatMan wondered how much the government would be willing to pay to gain access to the data of an anonymous decentralized payment network sometimes used by criminals to launder huge amounts of money.

In cryptocurrencies, there are more efficient mixing methods, such as CoinJoins or zero-knowledge proofs (zk-SNARKs), the analyst writes. The most popular crypto-mixer was Tornado Cash, which provided users with complete anonymity even from the service operator.

On August 8, the US Office of Foreign Assets Control (OFAC), which is part of the Treasury Department, placed Tornado Cash on the sanctions list. Later, the developer of the service Alexey Pertsev was arrested in the Netherlands. In the US, Tornado Cash has also been linked to North Korea’s nuclear program.

According to the online detective, this happened because the authorities felt a serious threat in connection with the emergence of real anonymity, which was provided by the crypto-mixer. “Data from an open source protocol cannot be subpoenaed,” FatMan explained.

On the other hand, although ChipMixer provides external anonymity, there is one big difference from services that provide similar services. The service operator has full access to each transaction. Despite the availability of privacy technology, ChipMixer still operates in a model where the owner has access to all transaction data.

ChipMixer has been used by highly skilled hackers, including those behind the Binance and Ronin Bridge hacks. The US Treasury linked the attack on the latter to the Lazarus group from the DPRK. FatMan also notes that some crackers have even been identified and caught after using the ChipMixer.

Many large mixers have closed due to lawsuits or unprofitability. Tornado Cash was sanctioned and its developers were unfairly accused, writes FatMan. However, ChipMixer is running smoothly and no regulatory action has been taken on the service. This aroused FatMan’s suspicions regarding the connection of the crypto-mixer with the US government. The analyst called the ChipMixer “the secret weapon of the authorities, which no one knows about and which can be used if necessary.”