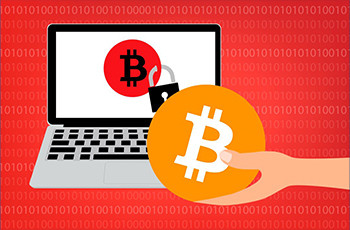 HitBTC was suspected of laundering 10,000 BTC stolen from customers of the WEX exchange

What happened? On November 23, 10,000 BTC were transferred from the wallet of the closed Russian crypto exchange WEX (formerly BTC-e). This was announced by the head of InDeFi Bank Sergey Mendeleev in his Telegram channel. Soon he shared the address to which the bitcoins stolen from WEX customers were transferred. It turned out that the wallet belongs to the HitBTC crypto exchange, the platform received a transfer in the amount of 65 BTC (~$1 million). According to a check performed using the GetBlock blockchain explorer, the received bitcoins have been moved to another address and are no longer identified as “dirty” coins.

Suspicions about HitBTC. In 2019, Bitcoin Insider linked the HitBTC exchange with Russian Andrey Savchenko. The publication called HitBTC “the most fraudulent exchange since the defunct Mt. Gox” and suspected her of fraud with the initial offering of tokens (ICO). The platform actively offers listing arrangements to projects by contacting them personally. Bitcoin Insider noted that this is very strange, since other leading crypto exchanges never do this. The listing price on HitBTC can vary, but it is around 40 BTC (~$667,600).

Perhaps this is due to the fact that a large number of users are experiencing problems with withdrawals, which may be due to a lack of money and / or a scam that HitBTC is planning. Journalists admitted that the exchange is trying to raise as much money as possible to save itself from bankruptcy.

It is noted that instead of listing on HitBTC, projects receive “integration”. In addition, there are no agreements or official contract between them and the exchange.

Bitcoin Insider noted that this is done solely to protect the legitimate interests of the exchange and so that it can stop “integration” at any time without any legal consequences.

In order to get a listing on HitBTC, half of the team must submit a photo of them holding their IDs in front of a computer screen with an email from the exchange on it. At the same time, HitBTC itself does not provide registration information from the register of legal entities and does not report the identity of the director.

The website of the crypto exchange claims that it is registered in Hong Kong and has an office in Chile. However, the invoices show other details of the company, namely the Seychelles.

According to Digiconomist, neither the location of the headquarters nor the identity of its owners can be confirmed. The review site points to a different owner of the exchange, a Danish company called Ullus Corporations K/S, which actually went into liquidation in February 2015.

Bitcoin Insider admitted that Ullus Corporation is the same company that later opened the German Fidor Bank, and Andrey Savchenko is its key person. Savchenko and HitBTC are also linked to another crypto exchange, KuCoin. The publication also suggested that the HitBTC people are behind the ICO Bench, but at the moment there is no reliable evidence.