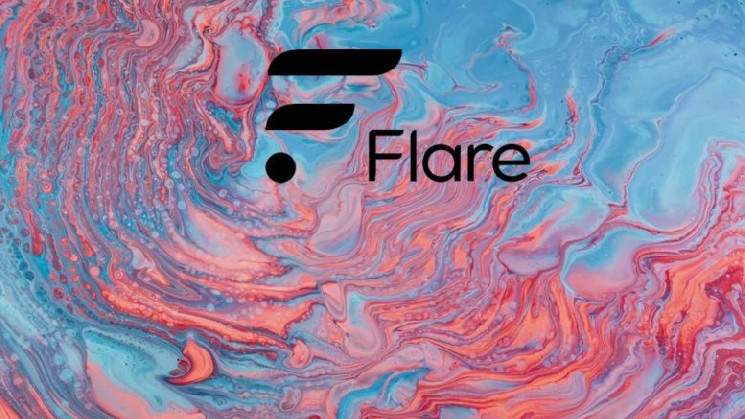 Flare Network will bring everything together

2 What is Flare Network

4 The native Flare token (FLR) and its unique use.

Even a child will understand.

The Flare Network is the world’s first blockchain platform that implements Turing-complete smart contracts using the FBA (Federated Byzantine Agreement) consensus algorithm. This is all thanks to Flare integrating the Ethereum Virtual Machine (EVM) and using a variant of the Avalanche Snowman++ protocol adapted to the FBA consensus.

Benefits of the FBA consensus algorithm and its implementation by Flare:

Ethereum Integrated Virtual Machine (EVM) − this is what will allow people to create complete smart contracts and decentralized applications (Dapps) on the Flare Network. In other words, all experienced development teams using a programming language called Solidity and working with the standards most widely used for NFT ERC-721 and ERC-1155 can easily integrate their skills into the Flare network, while counting on the speed and cheapness of transactions commensurate with Stellar and Avalanche.

The Flare Network is not just another layer 1 EVM blockchain connecting multiple blockchains. The Flare team has created 4 additional revolutionary components that will allow you to build a fast and reliable bridge between different platforms. 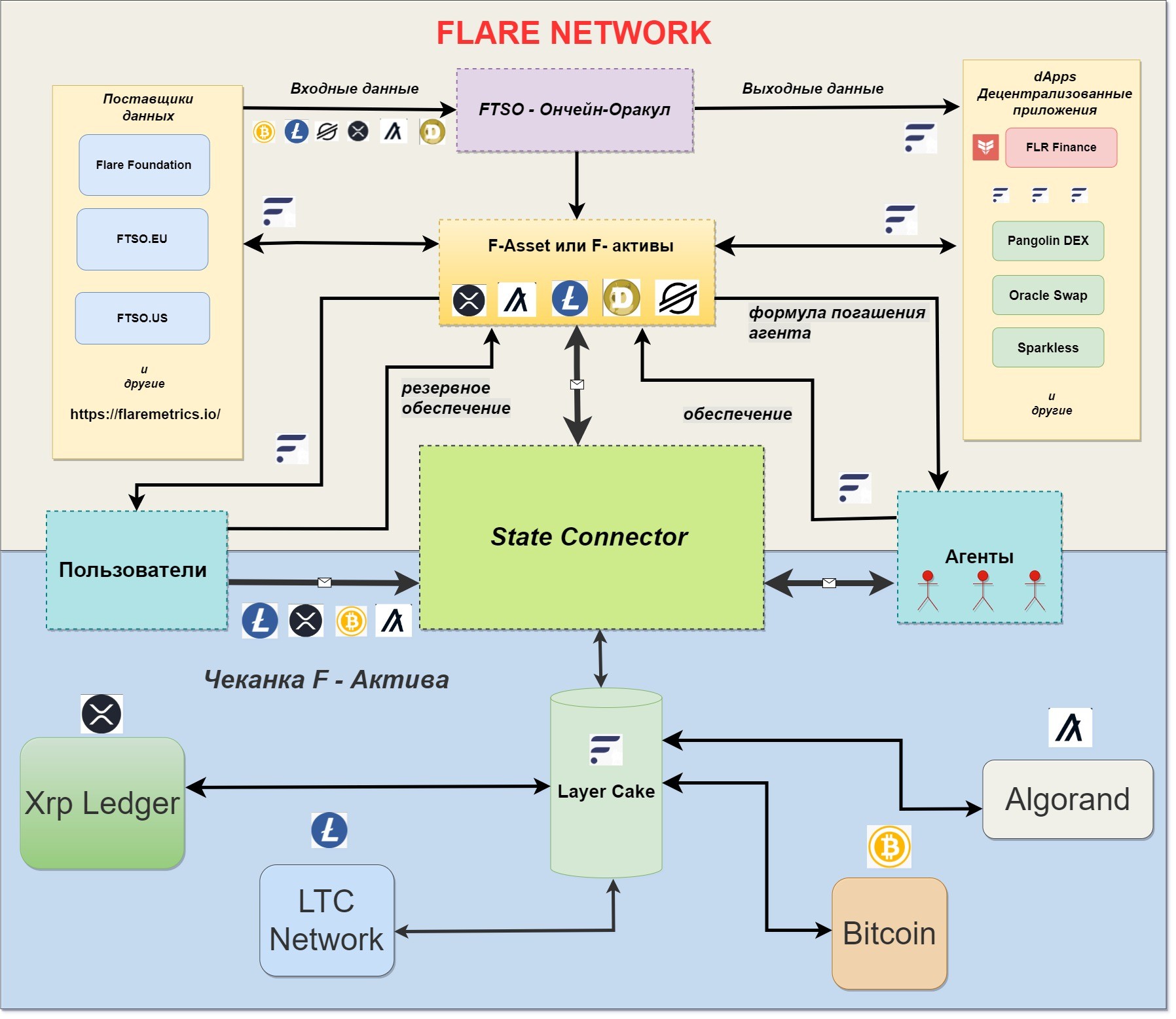 FTSO An on-chain oracle or decentralized network engine that provides data to the Flare network to ensure accurate pricing.

How do I get rewarded from the FTSO?
An FLR holder delegating their individual vote to the FTSO will be rewarded in FLR for providing accurate estimates of price data.

FTSO as an inflation mechanism

FLR tokenomics uses an inflationary mechanism by which additional FLR is delivered to FTSO members. This means that instead of FLR serving as a deflationary asset, it will be able to increase supply to scale with the growing value on the network. However, unlike inflation in traditional markets where the rate is controlled by the central bank, the FLR inflation rate will be a control parameter set by FLR holders.

The FLR inflation rate must start at 10% of the originally minted 100 billion FLR per year for the first six months of the Flare’s existence. Six months later, the rate of inflation in the future will be voted on by management. The FTSO rewards will serve as a mechanism to distribute FLR token inflation among participants contributing to the integrity of the ecosystem price channels.

F-Asset or F-Assets on the Flare network serve as a reliable representation of a digital asset located on another blockchain and allows you to transfer the complex logic of full smart contracts to cryptocurrencies that cannot use them, such as XRP, Litecoin, Dogecoin, Bitcoin and others.

Around 75 % public token values ​​cannot be used with trustless smart contracts. Flare Network aims to solve this problem by building a reliable bridge between assets through the State Connector protocol and the F-Asset system.

One use case for F-Asset is opening the first NFT Marketplace on the Flare Network, Sparkles. It will have the ability to use F-Assets to buy and sell NFTs. This will be the first time that many of the tokens will be used to sell NFTs on the Tier 1 blockchain.

Other benefits of creating an F-Asset position include receiving FLR from the F-Asset reward pool, and participating in DeFi products.

FLR holders can vote on proposals such as changes to the F-assets collateral ratio, inflation rate and gas tariffs, to name but a few. 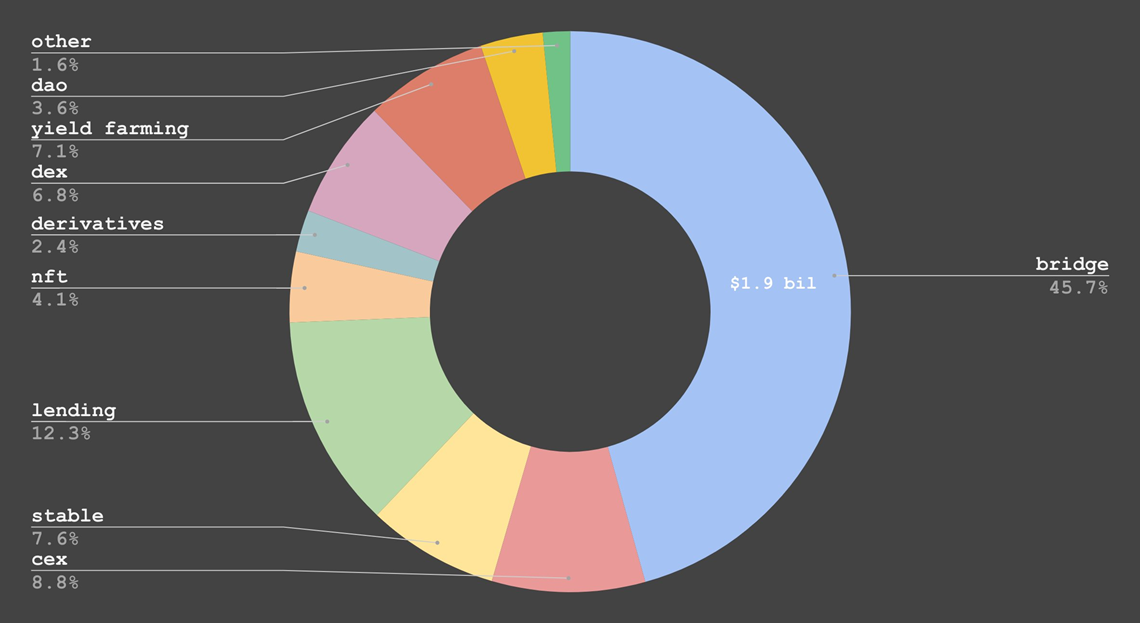 The root cause is usually not a coding error. The most common reason for hacking and stealing money in DeFi is cross-bridges. .

The Flare Network team received a grant from Algorand Foundation SupaGrant in a 7-figure amount for the development of a bitcoin bridge to the Algorand ecosystem.

The bridge will be designed using Flare’s own cross-chain protocols, providing more security than existing technologies.

Flare’s goal is to connect the decentralized economy using the State Connector protocol.

The State Connector is a proprietary open protocol on the Flare network.

It provides application developers with a building block for cross-chain compatibility. This is a new and foundational technology that will enable secure universal interoperability between any two chains, whether one, both, or neither have smart contract functionality. 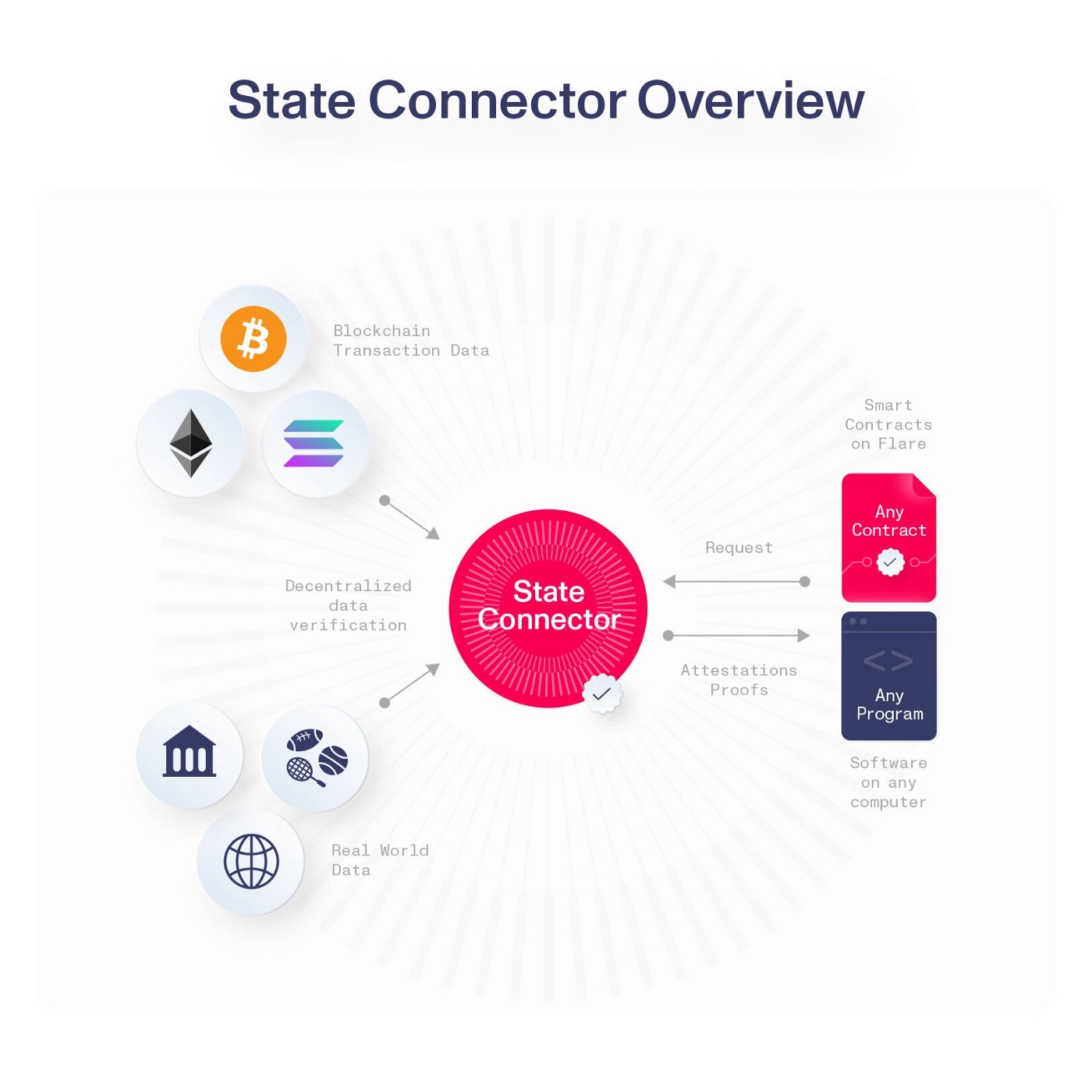 State Connector much more secure than previous interaction mechanisms as it is able to fully query the validity of a transaction, including its history. The State Connector can also reduce the risk of replay attacks on connected chains by providing cross-chain compatibility with multi-chain network security.

With the State Connector, you can create dApps that respond to real-world events such as bank transactions, insurance payouts, sports scores, home purchases, or education levels.

LayerCake is a smart contract, an application that creates a bridge and connects two non-Flare first-level blockchains, but transactions are protected by the Flare network. They also connect the Flare Network with other smart contracts, layer 1 blockchains, to facilitate the transfer of value back and forth.

These bridges will not store users’ money, while each deposit for them will be fully “insured” as bandwidth providers will be required to place liquidity stakes in the amount corresponding to the maximum bandwidth of their networks..

Thus, Layer Cake will allow seamless transfer of value between all kinds of heterogeneous networks: Solana (SOL), Ethereum (ETH), Cardano (ADA) and so on.

The native Flare token (FLR) and its unique use. 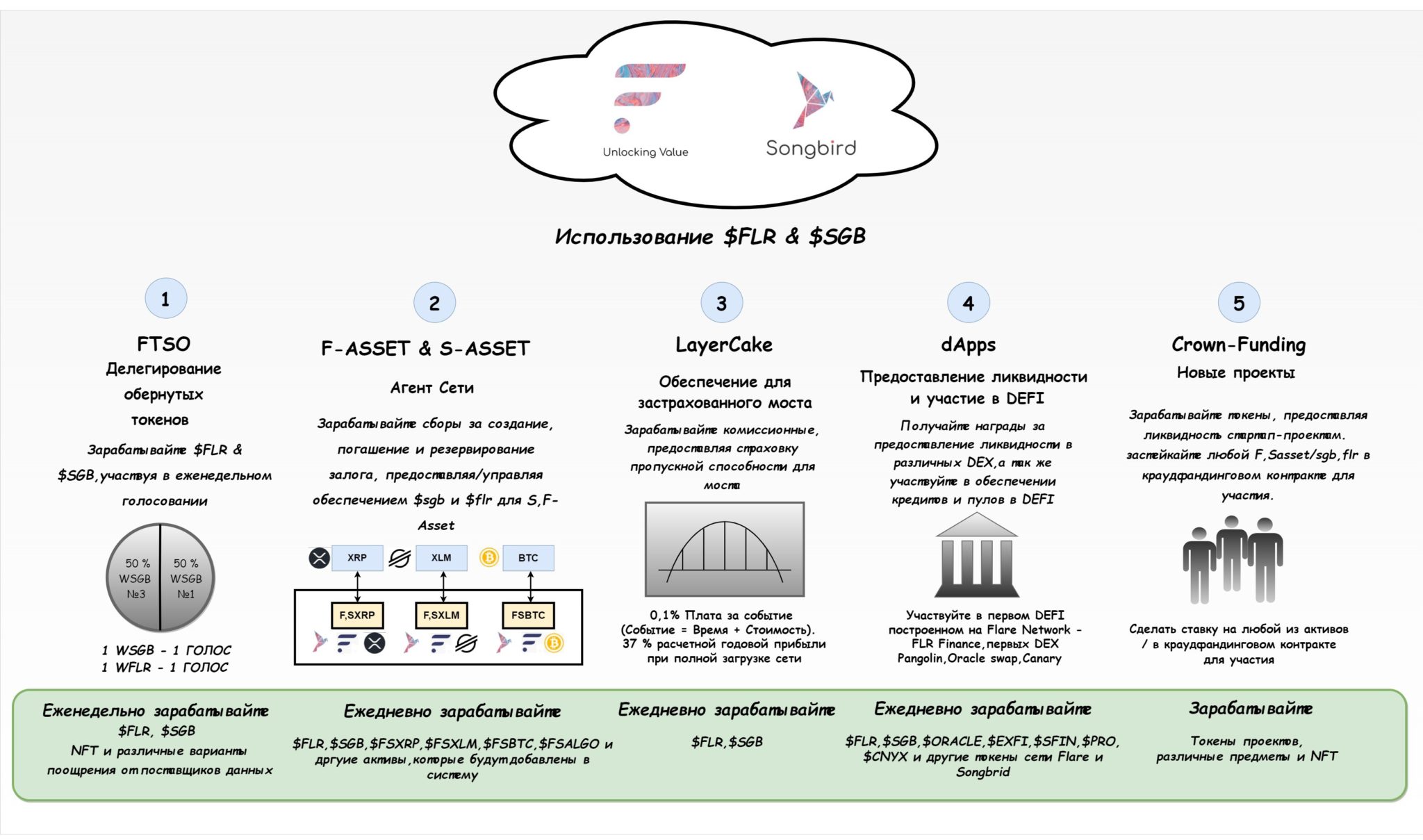 Flare (FLR) is a new form of programmable money that has the following functionality: 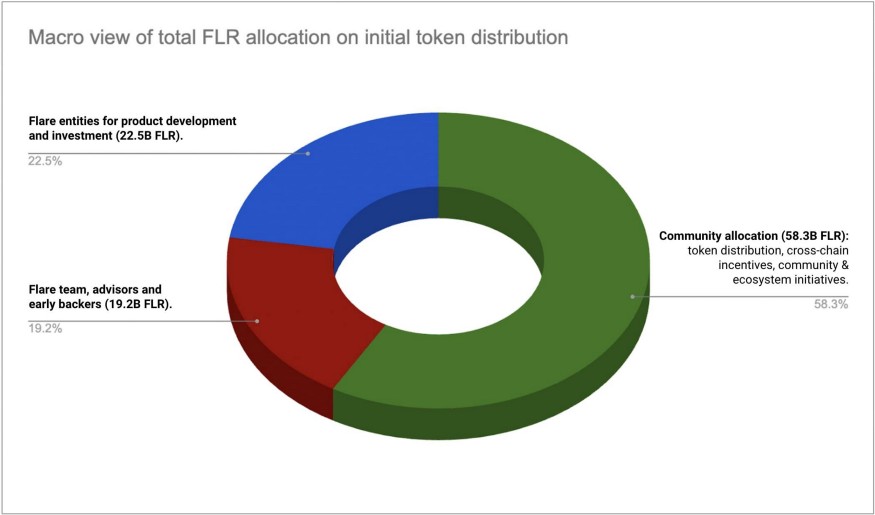 Distribution of FLR to the community :