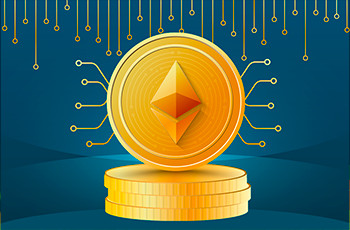 Ethereum client Akula stops working due to conflict with Paradigm

What happened? The developers of Akula, a client for the Ethereum blockchain, have decided to wind down the project. The alleged reason for the shutdown is the emergence of a strong competitor in the face of Reth, which has similar functions and is managed by the venture crypto company Paradigm. The termination of work on the Akula project is reported in the official announcement of the developers.

What is known about the project? Akula is an open source, high performance Ethereum client written in Rust. It is a software application that allows nodes to read blocks on the network and interact with smart contracts. The creator of the project is Ethereum core developer Artem Vorotnikov, who started working on Akula in 2021 with a small team.

Reasons for closing. The developers have announced that they will no longer support their project, but the code will remain available to everyone. The announcement also mentions the emergence of an identical project from a team with access to better funding, but the name of the project is not called.

At the same time, on November 23, Artem Vorotnikov wrote on Twitter that his team would not be able to surpass the multibillion-dollar venture capital companies that copy the Akula architecture and code. And on November 24, Vorotnikov posted screenshots of correspondence with Paradigm CTO Georgios Constantopoulos, in which he asks detailed questions about Akula. Vorotnikov’s question about what exactly Paradigm is building, and whether it will be built on the basis of Akula, remained unanswered. After this conversation, the Akula developers found out that Paradigm was indeed working on its own similar project. Since the team does not see the possibility of further raising funding through grants, the decision was made to close Akula. Vorotnikov also added that in the near future he would also move away from the development of Ethereum.

Last year, investment firm Paradigm announced the launch of a $2.5 billion venture capital fund designed to support crypto projects. The Fund will invest in the next generation of companies and protocols at all stages of development and in any region.