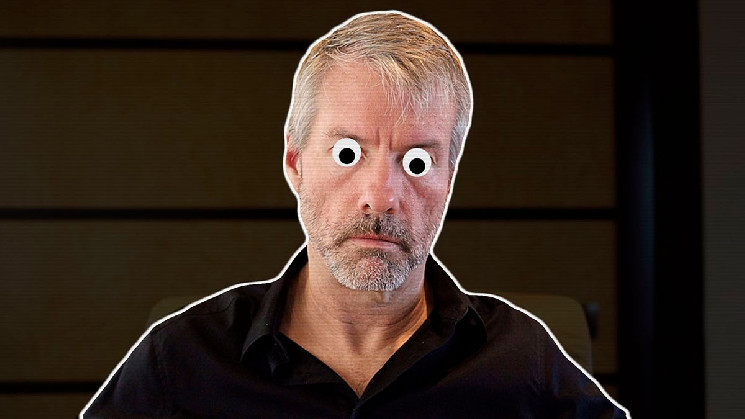 Michael Saylor, the former head of MicroStrategy and the most dedicated bitcoin maximalist, gave an interview to Cointelegraph, where he explained how to relate to the fall of bitcoin and the onset of crypto winter.

At the Los Angeles Pacific Bitcoin conference, Sailor told reporters that when it comes to bitcoin, you need to think long term:

If you are buying [биткоин], and your planning horizon is less than four years, you’re just speculating on it. And if you have more than four years, then it is obvious to focus on the average price in US dollars.

It’s all about the specifics of the first cryptocurrency, Sailor explained: “You buy an asset that you want to hold for a decade or more, because it is a long-term store of value.”

There are already 130,000 bitcoins in the MicroStrategy wallet (0.62% of the issue of the first cryptocurrency), and each coin cost more than $30,000. This means that the company’s total investment has decreased significantly. Well, if Sailor suddenly wanted to sell his bitcoins.

However, having lost billions of dollars on paper, he is not discouraged: “Don’t get involved and look at the price day after day, week after week.” Sailor suggests comparing the price of bitcoin with the value of real estate. And not just any, but with the house in which you live right now. If you bought a house, and then, after drinking heavily at a party, approached a random acquaintance with an offer to buy it right now, and he, being in a bad mood, offered to buy a property for half the price, should this upset you? After all, this does not mean that you have lost all your investments.

“The logic is this: if you live in Argentina, you keep pesos for a month or two, you keep dollars for a year or two. You hold bitcoins for a decade or two. And when you think about it in that time frame, it all starts to make sense.”

And one more tip from Sailor: store bitcoins yourself. In light of the bankruptcy of another crypto exchange, self-storage of bitcoin is the only way to control your investments.