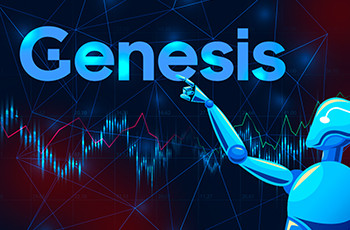 Liquidity crisis. What threatens the market bankruptcy of Genesis

Brokerage Genesis is trying to raise cash for its lending arm and is warning potential investors that it may have to file for bankruptcy if it fails. The crypto community fears that the collapse of the FTX exchange will provoke further liquidations and losses of interconnected market players.

Crypto broker Genesis is part of the Digital Currency Group (DCG) of Barry Silbert. Genesis originally aimed to raise $1 billion, but has now cut its goal in half. When news of this broke in the media, Genesis said it was negotiating with creditors, rejecting claims of immediate bankruptcy.

According to the company, the collapse of cryptocurrency hedge fund Three Arrows Capital (3AC) forced it to “take steps to increase liquidity and reduce risk in its accounts.” However, the collapse of the FTX exchange triggered a wave of withdrawal requests, which led to a sharp decrease in liquidity.

On November 8, Genesis announced that it has “no credit obligations” in FTT (FTX native tokens) or “any other tokens issued by centralized exchanges.” However, the very next day, she announced the sale of part of the collateral, which led to a loss of about $ 7 million “on all counterparties, including Alameda Research.”

On November 11, Genesis admitted that as part of its “derivatives business,” the company had about $175 million of funds in an FTX trading account that was blocked. The publication stated that this “does not affect market-making activities.” On the same day, DCG was forced to intervene. The company injected $140 million into Genesis capital and clearly stated that the loss of funds hung on FTX “did not affect the operation of the lending and trading business.”

However, just a few days later, Genesis Global Capital’s lending arm suspended withdrawals, as well as repayments and new loans. In a Twitter post on Nov. 16, the company explained that the market turmoil caused by FTX resulted in “anomalous withdrawal requests that exceeded current liquidity.”

The next day, Genesis announced that it needed $1 billion in capital. According to some reports, she was in talks with the Binance exchange, which later backed out of the deal. Journalists reported that Genesis applied to several other large funds, but no deals were made.

On November 21, the company said that if investors do not invest the required amount in it, it is likely to face bankruptcy. Later that day, however, Genesis representatives told reporters that the company had “no plans” to file for bankruptcy and remained focused on raising cash.

On Tuesday, November 22, it became known that Genesis hired specialists from the investment bank Moelis & Company to carry out the restructuring. As anonymous sources told The New York Times, a potential bankruptcy is also being considered by the company as one of the options for solving problems.

What are the consequences

Updated information from Genesis is expected in the coming days, and so far, the events are not very encouraging for market participants. There is growing concern among them over the fortunes of the entire DCG group, including also Silbert’s Grayscale Investments.

On November 22, in a letter to shareholders, Silbert noted that DCG has a $575 million liability to Genesis. In the letter, he also described a $1.1 billion promissory note maturing in June 2032, which he said came about when the parent company assumed obligations to Genesis related to the collapse of digital asset hedge fund Three Arrows Capital. .

Ryan Selkis, head of analytics firm Messari, estimates the unit lost more money ($2.36 billion) due to the collapse of the 3AC hedge fund than it has made in its entire existence. With the help of the bill Silbert mentioned, it was possible to close the resulting “financial hole,” Selkis argues in a series of tweets.

According to the expert, the bankruptcy of Genesis will deal a blow to the reputation of DCG, but it is a “bitter pill” that is best swallowed by all parties involved in what is happening. This means that creditors will assume that DCG is backing Genesis, while DCG itself may be “rescued” by being also the injured party in bankruptcy.

Silbert’s Digital Currency Group is the parent company of Genesis and has stakes in over 200 companies. She owns the investment holding Grayscale Investments, which manages a bitcoin trust and funds in several other cryptocurrencies, including ETH, ETC, ZEC, MANA, FIL and other assets. The value of the group of companies last year was estimated at $10 billion.

The effects of the FTX collapse are yet to be seen in full, with many lending platforms only beginning to publicly acknowledge their liquidity problems. “In the coming weeks, we will see who will go bankrupt after FTX. The crypto market is a closely interacting system, you won’t be able to sit on the sidelines,” Vassev, founder of TerraCrypto, previously commented for GetBlock Magazine.

Genesis is a counterparty to many digital asset companies and is closely watched as an indicator of the strength of the industry. It is among the leading crypto lenders that are under pressure following the prolonged fall in the price of cryptocurrencies and the numerous high-profile collapses of companies in the industry that have taken place this year.

In response to Genesis suspending withdrawals, the Winklevoss twins, owned by Gemini, stopped paying out their Earn product. This left a program in limbo, which by some estimates involved as much as $700 million in client funds.

Cryptocurrency lending platform BlockFi is also likely poised for bankruptcy due to its large stake in FTX. On November 14, BlockFi acknowledged that it had obligations to FTX and was transferred to Alameda Research, and that it had assets in exchange accounts. Singapore-based public investment firm Temasek also wrote off a $275 million investment in FTX.