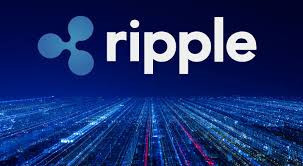 Ripple has proven once again today that it is firmly on its feet, and its economic opportunities are rated as strong going forward, despite the surrounding macroeconomic chaos and the ongoing battle with the SEC. The blockchain company was included in the fifth edition of the annual CB Insights Fintech 250 ranking, which includes the 250 most promising private fintech companies around the world.

“CB Insights has announced the winners of the fifth annual Fintech 250, a list of the 250 most promising private fintech companies in the world,” the organizers of the award said in the announcement.

Commenting on this, Ripple said:

Honored to be listed in the @CBinsights #Fintech250 again this year, alongside companies with a similar objective: to shape the future of fintech. https://t.co/nhtVKKaocq pic.twitter.com/YzEVvW6253

According to the announcement Some of this year’s Fintech 250 winners are focused on creating efficient ways to make cross-border settlement more efficient, and Ripple falls into that category.

It is well known that the Ripple payment solution is widely used by various firms for cross-border settlements. RippleNet by Ripple is used by both traditional financial institutions and modern payment companies.

As reported, the National Bank of Australia (NAB) and the Canadian Imperial Commercial Bank (CIBC) signed a partnership agreement earlier this year to facilitate cheap and fast cross-border transactions.