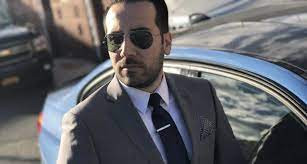 The founder of the leading media outlet is confident in the growth of Ripple, despite criticism.

David Gokhstein, founder of cryptocurrency company Gokhshtein Media and former candidate for US Congress, is confident in the growth of the Ripple (XRP) community, despite the hatred of critics for the project.

“The more you hate XRP, the more the army grows” – Gochstein said.

The more you toxic f’s hate on $XRP, the bigger the army grows.

Despite the fact that the litigation The SEC against Ripple is important to the industry, the company itself has not received much support from the cryptocurrency community.

Some supporters of Ripple’s competitors, especially Ethereum, think it’s only fair that the company is facing legal battle over a lawsuit from the SEC.

Vitalik Buterin, the co-founder of Ethereum, reported this in a tweet, stating that Ethereum enthusiasts are not required to support Ripple in the lawsuit.

According to Buterin, Ripple has lost the right to protection, when she called Ethereum controlled by China in a legal dispute with the SEC.

But you can’t just take XRP supporters, and the head

Attorney John Deaton, founder of Crypto Law, was among the Ripple enthusiasts who frowned in response to Buterin’s comment.

“The more I think about the embarrassing and disgusting comment, given that you didn’t delete or clarify it; I understand that you didn’t make a reservation. This was an immature, hateful comment directed at the community of innocent digital asset owners, NOT Ripple,” Deaton said.

Since 2017, Ripple and Ethereum have been close rivals, and the rivalry has continued even after the SEC indicted the former for providing unregistered security in the US.