Crypto investor and YouTube blogger Yan Balina launched a fundraiser on the GoFundMe platform to fund the “fight” with the US Securities and Exchange Commission (SEC).

According to the report, Balina intends “on behalf of the entire crypto community” to speak out against the abuses of the regulator. In particular, he attributed the extended definition of the term “security” to the latter. 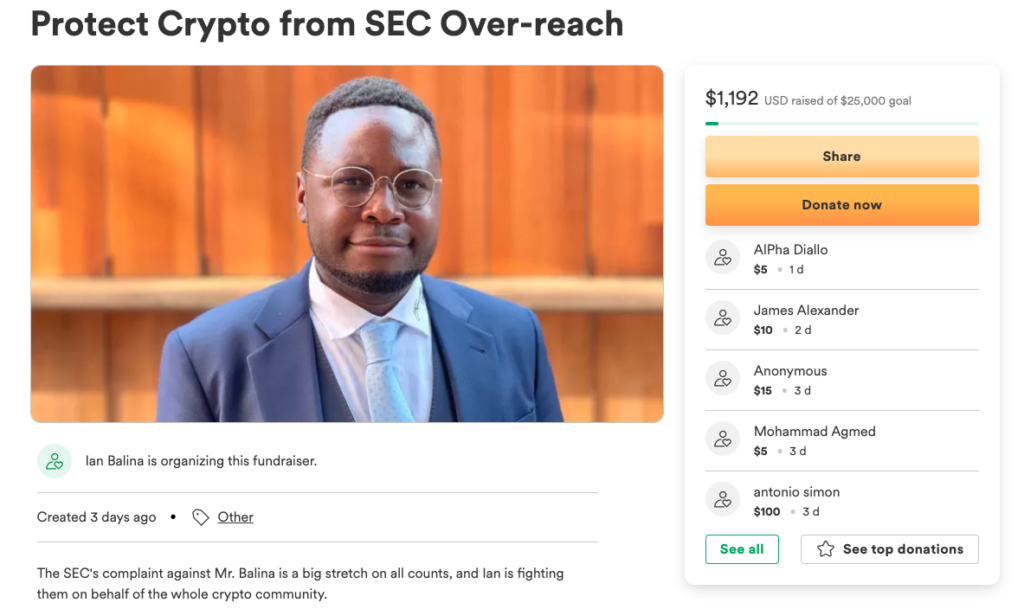 At the end of September, the SEC accused Balina of involvement in the unregistered Sparkster ICO. The commission also noted that transactions on the blogger’s Ethereum wallet were processed by nodes in the United States and, accordingly, were made in the jurisdiction of the regulator.

Rather than take on a simple case, the SEC is trying to use this to set precedent claiming that ALL OF CRYPTO is under SEC’s jurisdiction.

This is an absolutely unacceptable overstep that will have to be pushed back against aggressively.

Balina himself noted that the “frivolous accusation” of the Commission sets a bad precedent for the entire crypto industry.

Excited to take this fight public.

This frivolous SEC charge sets a bad precedent for the entire crypto industry.

If investing in a private sale with a discount is a crime, the entire crypto VC space is in trouble.

Turned down settlement so they have to prove themselves. 💯 pic.twitter.com/lVaqnnsLgT

Recall that in September, LBRY CEO Jeremy Kaufman announced the SEC’s desire to “damage or destroy the cryptocurrency industry in the United States.”

Prior to this, the Commission was criticized by billionaire Mark Cuban, and the head of Ripple, Brad Garlinghouse, reproached the agency for using a coercive approach instead of working on clear rules.