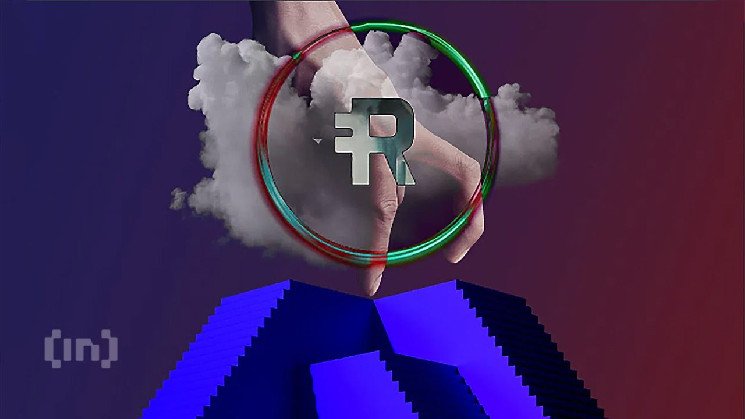 The editors of BeInCrypto have compiled a list of the five most promising altcoins in October. Upcoming events in their ecosystems can support the positive dynamics of these coins

RSR is the native token of the Reserve Protocol platform launched in 2019. The long-term goal of the protocol is to create a stable decentralized global currency, protected from inflation and at the same time not pegged to any fiat currency. The project uses RSR to secure the value of the Reserve stablecoin (RTokens) through staking. A basket of tokenized assets is used to back the currency.

As announced by the project team, the full deployment of the protocol and the launch of its main network will take place in October. Presumably this will happen on October 10th. This activates the decentralized application (dApp) platform, allowing the creation of RTokens.

The RSR made a bullish breakout of the descending resistance line on September 23, and turned it into support three days later (green icon). Since then, the price has risen and formed a bullish engulfing candlestick on September 27th.

If the rise continues, the next immediate resistance will come into play in the $0.012 area.

Theta is a blockchain-based video platform created in 2019 for decentralized streaming. Many consider this project a modern alternative to YouTube. Its native THETA tokens are stakingable. They are primarily used as a governance token, while Theta Fuel (TFUEL) utility tokens are used to reward users for streaming. The main goal of the project is to decentralize video streaming, making it more profitable for both content creators and consumers.

The testnet for Theta Mainnet 4.0 and Theta Metachain SDK is expected to be launched on October 1st. This will be the final step towards the final general release scheduled for December 1st.

THETA has been trading above the $1.10 horizontal support area since May. On September 20, the price made its bearish breakout, but then recovered above it again. The further direction of the trend may depend on whether the token can turn this level into support or fall below it again.

Elrond is a protocol that aims to provide exceptionally high transaction speeds through a sharding mechanism. This mechanism allows you to combine three different types of sharding, increasing the efficiency of transactions. The platform can process up to 15,000 transactions per second for a fee of only $0.001.

Between October and the end of this year, a series of important events will take place on the Elrond network, including the fourth phase of staking, the introduction of a multisig model for DAO, the launch of the NFT marketplace, and the start of on-chain governance.

The EGLD rate has been falling since August 18 inside the “falling wedge” pattern. The price consolidated for over a month, after which it began to rise on September 28 and made a bullish breakout two days later.

If the rise continues, the next immediate resistance will be at $57.50. This is horizontal resistance and Fibo level 0.5 retracement.

Floki Inu (FLOKI) is a meme coin created in July by the Shiba Inu (SHIB) community and named after Elon Musk’s dog. However, the project is striving to make itself known more seriously and is working on three important releases:

From October until the end of the year, a number of different new initiatives are expected to be launched on the Floki network, including a set of updates for Valhalla, DeFi staking and profitable farming, and NFT Gemstone.

The FLOKI rate formed a maximum on August 2 and has been declining since then. The process of decline is still ongoing. On September 18, the price made a bearish breakout of the ascending support line, and on September 27, it turned it into resistance (red icon).

In case of further weakening, the immediate support will come into play in the $0.0000065 area.

Litecoin (LTC) is one of the oldest altcoins launched on October 7, 2011 based on the Bitcoin (BTC) protocol. However, further it began to develop in its own way and over the years of its existence has undergone various updates. One of the most important was the launch of the MimbleWimble testnet in 2020.

On October 22-23, the annual Litecoin Summit will be held in Las Vegas.

Between July 29 and September 13, LTC formed a triple top below the $64 horizontal resistance area. In addition, a very long upper wick appeared on the chart within the triple top, which is a sign of buying pressure.

On September 19, the LTC rate reached the $52 horizontal support area and rebounded from it. Thus, the coin is now trading in a range between $52 and $64.