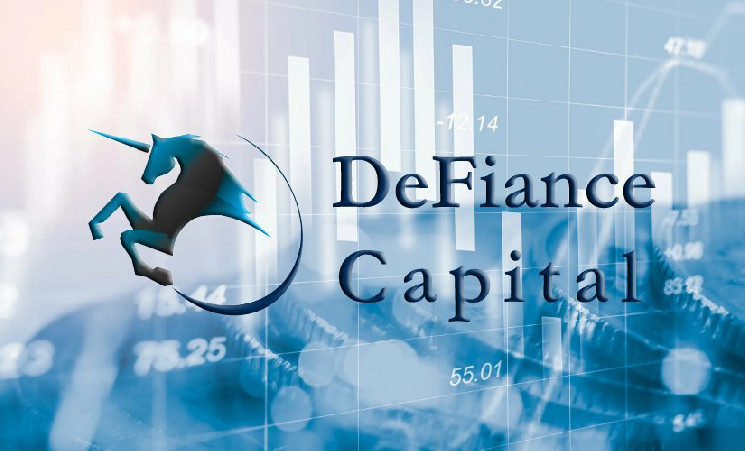 Arthur Cheong, head of crypto investment fund DeFiance Capital, has announced his desire to launch a new fund to support the digital currency sector. After his organization was hit by the collapse of Three Arrows Capital, he hasn’t stopped being optimistic about the virtual asset industry.

The new fund will focus on investments in liquid cryptocurrency and plans to raise about $100 million. This information was confirmed immediately by 4 people who are close to the entrepreneur himself. The new venture project will exist under the name DeFiance.

He will focus his efforts on institutional investors such as funds of funds and family offices. Cheong himself, however, declined to comment on the news to Coindesk representatives. Industry experts speculated that given the character’s influence in the industry, this development could very well be the case.

A successful fundraising attempt will be a new milestone in the life of a company that has actively invested in the development of the cryptocurrency sector and Web3 technology. The firm previously said it was significantly affected by the decision of Three Arrows executives. The latter filed for bankruptcy after facing creditor demands for a $3.5 billion rebate. DeFiance has distanced itself from Three Arrows by becoming an independent cryptocurrency-focused investment fund.

Cheong assured that he had no idea about the financial statements and the current state of the hedge fund. However, analysts have pointed out that DeFiance is closely linked to Three Arrows Capital and organization co-founder Su Zhu.

Earlier edition of Crypto.ru informed: that the level of adoption and use of cryptocurrencies on the African continent has reached an unprecedented level. According to experts, these figures have increased significantly in 2022.