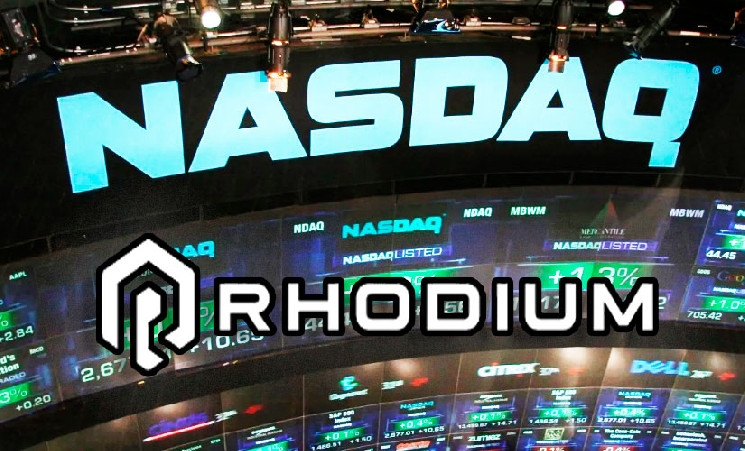 Crypto mining organization Rhodium Enterprises plans to list its securities on the NASDAQ exchange after completing a merger with SilverSun Technologies Inc. Rhodium Enterprises CEO Chase Blackmon said access to the US market is a priority for the company’s sustainable and long-term development.

It became known that the shareholders of SilverSun Technologies Inc. will receive a dividend yield of $1.5 per share. The current deal is expected to close by the end of this year, after which Rhodium Enterprises will list its securities on the NASDAQ. Head of SilverSun Technologies Inc. Mark Moeller said that this deal will allow the company’s clients to actively promote their services in the digital currency segment, which will be the key to successful business scaling.

According to the SEC report, Rhodium Enterprises previously raised $11.9 million of the $30 million it planned to raise in the form of options and securities. According to the US Securities and Exchange Commission, in January of this year, the company filed an application for an initial public offering (IPO) on the NASDAQ exchange.

At that time, Rhodium Enterprises had 125 megawatts of production capacity, which was concentrated in Texas. The corporation planned to issue 7.69 million shares at an average cost of $12-$14 per share.

Earlier, the Crypto.ru editors informed: miners continue to be active in the bitcoin ecosystem, against which the total network hashrate reached a record value of 226 EH / s. Many experts emphasized that this dynamics is out of the rules. The bottom line is that the hash rate has always had a direct correlation with the market value of the asset. At the moment, the reverse picture is observed, when the price of bitcoin is in a bearish trend, but the hashrate is still increasing.