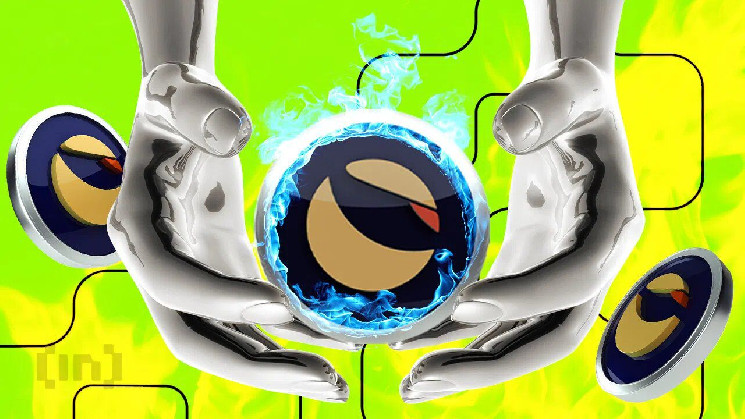 Terraform Labs believes that the Korean prosecutor’s office exceeds its powers, because, according to the company, Luna Classic is not a security

Shortly after Terra CEO Do Kwon’s rebuttal of claims that Interpol had issued a “red notice” of detention, a spokesman for the company accused those involved in the case against Terra of “strong politicization.”

“We believe that this case has become highly politicized, and that the actions of the Korean prosecutors demonstrate injustice and non-observance of fundamental rights guaranteed by Korean law,” a spokesman for Terra said.

News recently broke that Terra co-founder Daniel Sheen was brought into the case as one of the key witnesses. It also became known that another witness in the court will be the CEO of the blockchain validator for Terra – DSRV – Ji-Yun.

Read the latest cryptocurrency news on the BeInCrypto portal and join to the discussion in our Telegram channel.

Investors lost a total of $40 billion during the Terra stablecoin crash in May of this year. This event affected the entire crypto market, as well as large companies such as Three Arrows Capital, BlockFi and Celsius. Since then, Terraform Labs and its senior officials have been repeatedly accused by the South Korean authorities of fraud and violation of securities laws.

Do Kwon’s whereabouts are still unknown.

Since Do Kwon’s whereabouts are unknown, the company plans to leave things as they are.

A spokesman for the firm stated:

“Do Kwon’s whereabouts have not been made public for several months due to continued death threats against him and his family.”

Meanwhile, the South Korean prosecutor refuses to comment on statements made by a Terra spokesman. She also added that Kwon should appear before the authorities in order to “fully disclose his position and cooperate with the investigation.”

It was previously reported that the Seoul South District Prosecutor’s Office in Korea was investigating Kwon to see if he could be charged with organizing a pyramid scheme.

Last week, the watchdog issued an arrest warrant for Kwon and five other executives, reportedly for violating capital market rules.

However, Terraform Labs does not agree with this decision of the authorities. She stated that her native Luna token is not a security and therefore not covered by securities law.

Terraform Labs’ claim is based on the controversial position of cryptocurrencies in South Korean law. And this state of affairs is not only inherent in this Asian country – Ripple and the US SEC have been arguing on this topic for almost two years.

However, the head of the South Korean Financial Supervisory Service (FSS), Lee Bok-hyun, recently said that virtual assets could end up being regulated in the same way as securities.