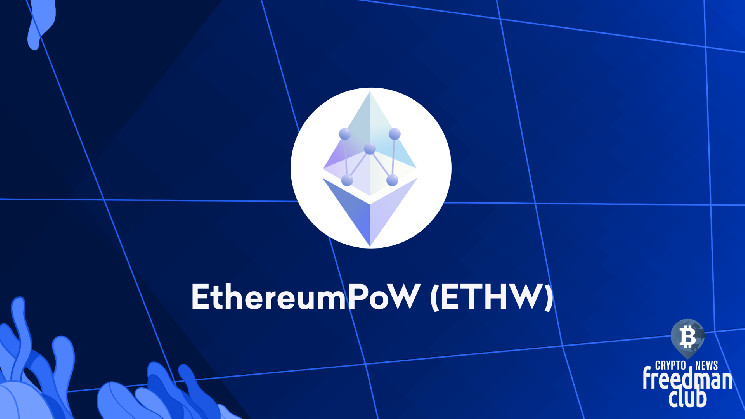 Having lost value after the merger, ETHW began to gradually restore its positions. For a week, the coin added more than 100%. 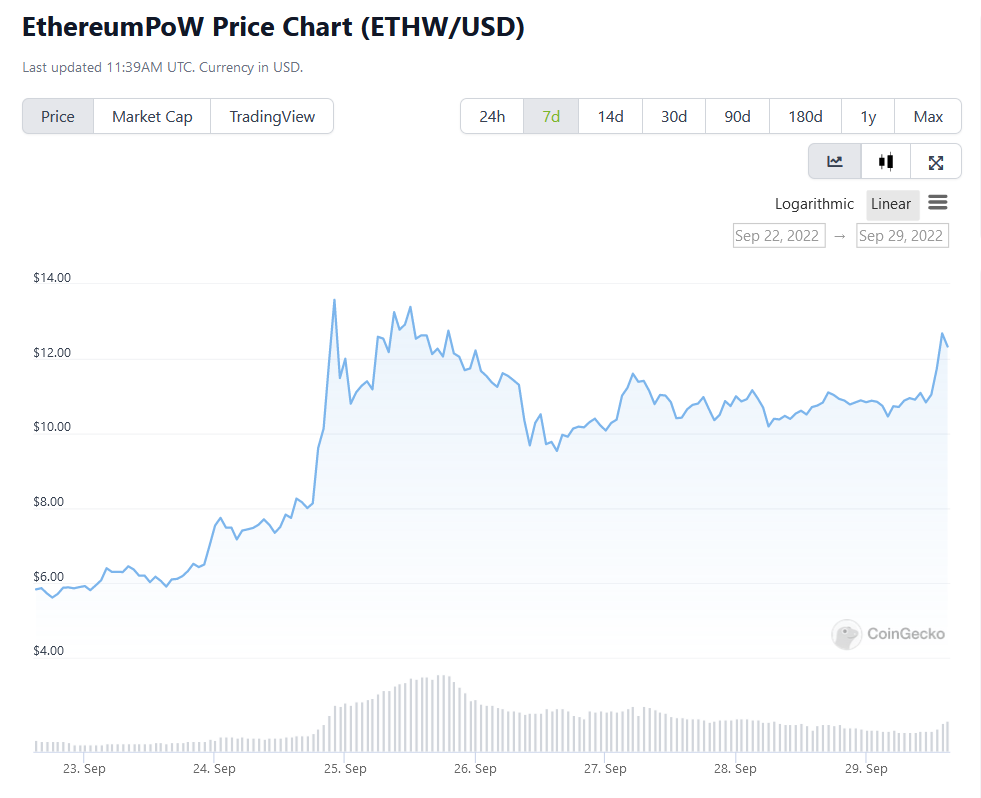 EthereumPoW (ETHW) announced on September 24 that it is recruiting projects for its first ecosystem. Web3 teams are required to leave a summary of what they offer in the comments of the announcement. 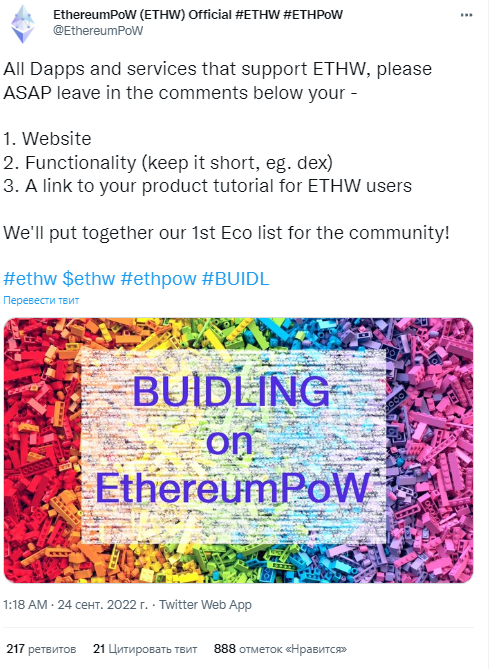 Projects leave their applications in the above thread on Twitter, which signals the demand for the Ethereum PoW network among developers.

The largest cryptocurrency exchange has announced the launch of the Ethereum Proof-of-Work (ETHW) mining pool. In addition, the company has decided to offer all users of its ETHW pool zero fees for mining ETHW. 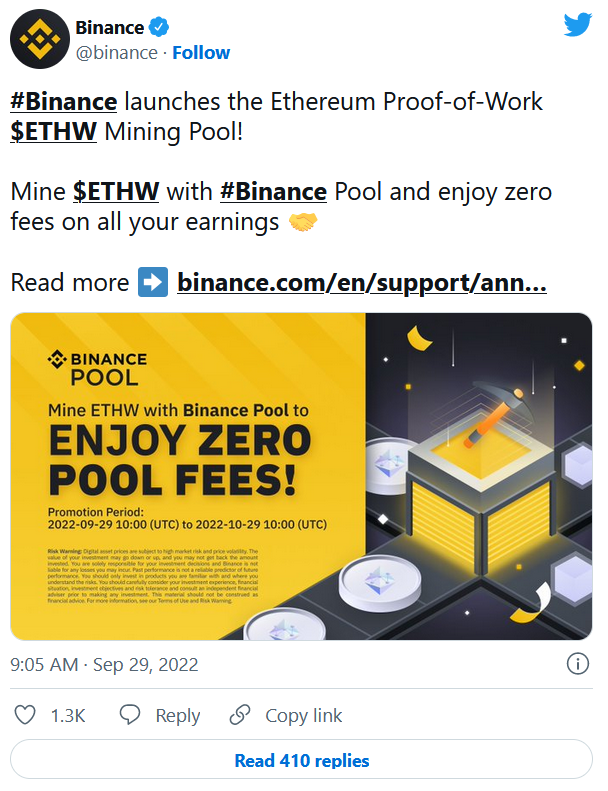 Since Ethereum has successfully completed the merger, the entire network has undergone major changes since the transition from Proof-of-work (PoW) to Proof-of-Stake (PoS). Therefore, many miners suffered big losses.

Binance has expanded its ETHW footprint by implementing the Ethereum Proof-of-Work (ETHW) mining pool. This may be the biggest consolation for proof-of-work miners.

“To protect Binance users, ETHW will go through the same rigorous listing verification process as any other coin/token. ETHW support on Binance Pool does not guarantee ETHW listing. Binance does not guarantee any listings in accordance with our internal policies,” reads an announcement on the exchange’s website.

It should be noted that the offer with zero pool fees will only be valid for a month until October 29th. After the promotion period, this offer will end.

Binance has confirmed that the exchange only allows withdrawals for ETHW. Users have been allowed to sell their ETHW for BUSD and USDT, however, depositing ETHW on the exchange is not available.

ETHW has been receiving positive signals lately. The price of ETHW started to rise from September 24 to the present. It is currently trading at $12.4, up 16% from yesterday.