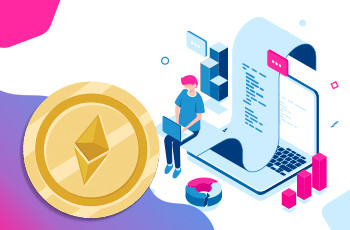 Stanford University researchers have developed a prototype for reversible transactions on the Ethereum (ETH) network. According to them, the technology will help protect against theft of digital assets and generally reduce the risks of hacker attacks and fraud around crypto projects and cryptocurrency owners.

Development team member Kylie Wang posted a blog post detailing the concept. Wang immediately clarified that the idea of ​​the researchers is still at an early stage, and they would like to provoke discussion, and perhaps find more effective solutions proposed by professionals from the crypto community. “The major hacks that we know of are clearly thefts with hard evidence,” Wang writes in the article, adding that even with evidence, there is no way to undo transactions involving stolen assets.

Wang and her colleagues proposed two new token standards: ERC20R and ERC721R. According to their idea, they will become add-ons with the ability to roll back transactions for existing “ethereal” tokens of the ERC20 standard and non-fungible tokens (NFT), which correspond to the ERC721 standard. The proposed standards will combine both the direct contract for the token and the contract for management. The latter will be run by a “decentralized judiciary” whose judges vote to freeze or reverse transactions deemed fraudulent. The process of freezing and reverting a transaction

With proper evidence, the victim of a theft or hacker attack can submit a request for a managerial smart contract. By submitting a request to freeze funds, the victim pays for the lawsuit, and rewards are distributed among a group of decentralized judges. An increased amount of remuneration will increase the priority of consideration of the request. If a majority of the decentralized judges vote in favor of the victim, the funds are frozen and proceedings begin. As conceived by the researchers, both the victim and the hacker can provide evidence to the judges, who also vote on the outcome of the case. According to the results of the final vote, the funds are either returned to the victim, or the request is rejected.

Is a new standard needed?

According to Roman Kaufman, co-founder of Berezka DAO & Weezi, the format of ERC-20R and ERC-721R tokens is completely real and necessary, especially when it comes to attracting institutional investors to the crypto industry. “Already now, the big problem is that if a person is mistaken by just one character [в адресе при переводе актива], then he can lose money forever, ”says Kaufman, calling this scenario the main fear of large companies and funds in the field of cryptocurrencies. Reversible Ethereum transactions can remove this problem and speed up the process of integrating institutional investors into the crypto segment, the expert believes.

“It is clear that this causes a smile among the old-timers of the blockchain, but here we see a clear market demand for such functionality,” comments Vladislav Utushkin, founder of the TOTHEMOON group of companies. If we talk about cryptocurrency as a full-fledged alternative to fiat money, transactions cannot and should not be carried out unilaterally, the expert believes. According to him, there are already numerous requests from people who have recently entered the world of cryptocurrencies, have not yet figured it out, sent money to scammers and are looking for ways to challenge the transaction.

NFT Fraud. What are the schemes and how to protect yourself

According to Utushkin, new token standards can not only merge into existing crypto services, but also create a class of new ones, for example, comparable to letters of credit in the traditional world. “In other words, payment to the seller or service provider can only be transferred if he transferred the goods, provided the service, and so on. I think such functionality will become quite firmly established in our lives in the near future,” Utushkin believes.

“Definitely, integration [токенов нового стандарта] is not just possible, but will immediately take place in the largest crypto-exchanges, because it is through them that “black” and “gray” transactions often pass,” Kaufman argues, explaining that thanks to such technologies, exchanges will be able to quickly return stolen customer funds. In his opinion, the idea of ​​rolling back transactions fits perfectly with the idea of ​​a free cryptocurrency market without a single regulator. Since all disputes will be resolved by a decentralized group of judges, and not by an affiliated company, bank or fund, this will allow disputes to be resolved more objectively in favor of the victims.

“Thank you but no”

An outspoken Ethereum supporter and The Daily Gwei podcast host Anthony Sassano, like many other social media contributors, spoke out against the Stanford researchers’ initiative. “I always support those who bring new ideas to Ethereum, but I am not here for TradFi 2.0. Thanks, but no,” Sassano wrote on his Twitter account, which has more than 220,000 followers. The concept of “TradFi” comes from the phrase “traditional finance” (“traditional finance”) and arose as an opposition to the field of decentralized finance (DeFi). Sassano clarified that decisions on the return of transactions, as well as user protection measures, should be the responsibility of exchanges and crypto services, and not inside the blockchain or smart contract code.

Blockchain, cryptocurrencies, and any assets in the Web 3.0 segment exist as an alternative to centralized systems, recalls Roman Nekrasov, co-founder of the ENCRY Foundation. “Control of the asset [в сфере криптовалют] returned to the owner. But since the entire history of mankind is connected with centralized institutions, it is difficult to switch ideologically to decentralization. I see the initiative of Stanford scientists as just an attempt to return decentralization to the usual centralized channel, ”the expert argues about the content of the proposal to create a new token standard.

In his opinion, the “decentralized court” is the embodiment of central regulators, to replace which the blockchain was created. “Let’s also come up with a Central Bank that will issue bitcoins,” Nekrasov draws an analogy. In his opinion, such an initiative is unlikely to take root in the crypto market, and perhaps it will be introduced in some form into “pseudo-decentralized” ecosystems such as the Coinbase crypto exchange.

According to the analytical company Chainalysis, this year the losses of crypto projects from hacker attacks amount to about $ 2 billion, and their number has increased by 60% compared to 2021. The loss of cryptocurrency users from theft and fraudulent activities in 2022 is estimated at $1.6 billion. Solutions to protect funds at the protocol level exist only in the form of concepts, but large crypto exchanges are implementing more and more tools to minimize risks for users and cooperate with law enforcement agencies.

Alibaba Cloud will create a platform for Web3 developers