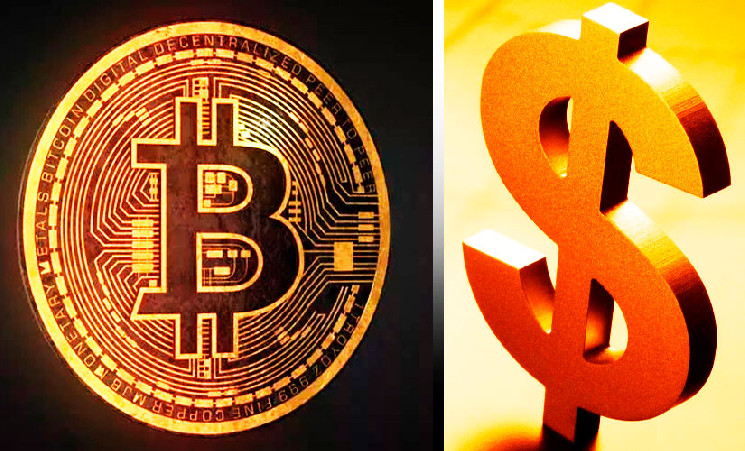 In the context of macroeconomic instability in the market, bitcoin and the US dollar continue to fight for the attention of investors. The MVIS CryptoCompare Digital Assets 100 index has grown by 5.4% since the end of June this year. The dollar index gained 7.2% over the same period. It is noteworthy that this is happening against the background of stagnation in quotations of securities, commodities and precious metals.

The fundamental background certainly had a negative impact on cryptocurrencies, but the stock market suffered the most. It’s all the fault of the actions of the Federal Reserve and the world’s central banks, which continue to tighten their monetary policy to combat soaring inflation.

The strong performance of the dollar is due to its status as a reserve currency, which is often used by investors to diversify risks. Some support for the US USD was provided by the Fed’s decision to increase the refinancing rate by 75 basis points following the results of the last meeting.

Bitcoin plays a key role in positioning the crypto market.

Earlier, the editors of Crypto.ru informed: the hashrate in the bitcoin network has updated the global maximum, exceeding 226 EH / s. Many experts expressed the opinion that such dynamics contradicts the classical model, when the hash rate directly correlates with the exchange dynamics of the cryptocurrency. Bitcoin’s hash rate began to increase in August 2022, when the flagship crypto market first began to show signs of growth as part of a dominant downtrend.