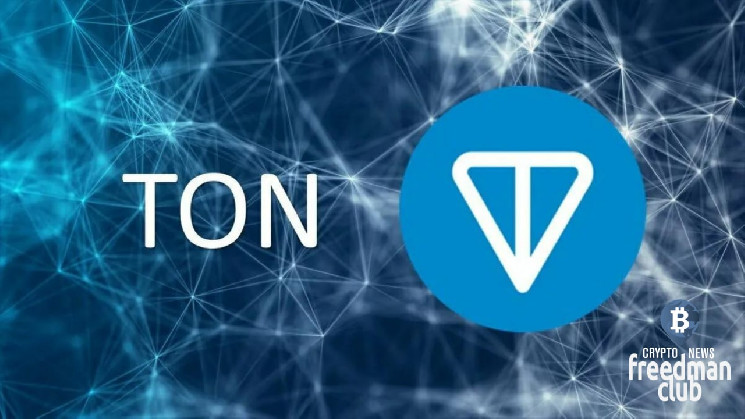 TON updates its own records

Toncoin (TON) is the coin of The Open Network, which is firmly entrenched in the top 50 crypto coins. Today it occupies the 33rd line with a capitalization of 1.8 billion US dollars. TON is now worth $1.47 and peaked at $4.5 last November.

The position of TON in the ranking of cryptocurrencies

On September 5, TON was at position 206 in the CoinMarketCap rating at a cost of $1.76. Such a sharp increase from 206 to 33 positions was due to the correction of the capitalization calculation by CoinMarketCap, which contained an error.

In November 2011, TON skyrocketed more than 6x in a few days. Many analysts believe that a repetition of such an increase in the value of the coin is possible. 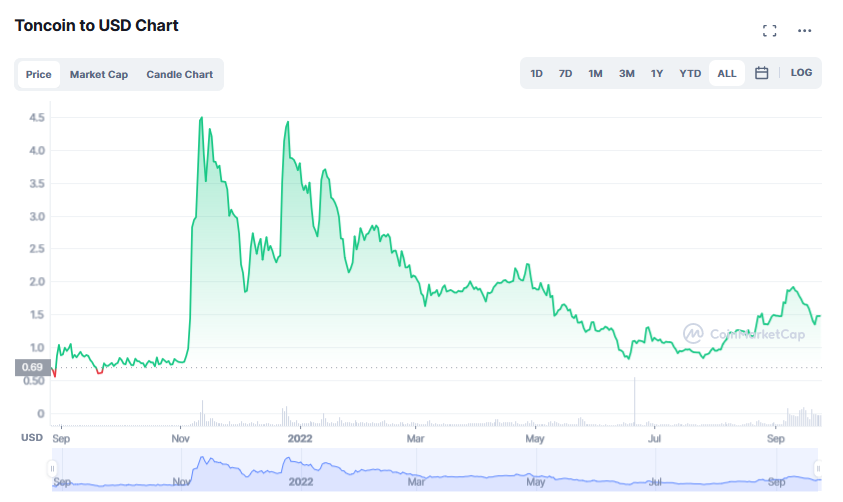 Among the cryptocurrencies operating on the blockchain built on the Proof-of-Stake algorithm, TON takes the fifth position, after Ethereum (which has recently appeared in this category), Cardano, Solana and Algorand

Initially, TON was a project of Pavel Durov and his Telegram messenger. But after attacks from the SEC (US Securities and Exchange Commission), which considered the coin an unregistered security and banned its distribution among Americans, Durov and Telegram abandoned this project and handed it over to developers who continued to work on it.

Despite the official distancing of Telegram from TON, its gradual integration into the messenger continued. Today, Telegram has several integrated wallets, such as @wallet and @cryptobot, which allow you to purchase TON without leaving Telegram, store it, transfer it to other users and withdraw it to third-party wallets.

Telegram and TON are planning to introduce a common payment system in Telegram based on TON. If this project is implemented, then the huge Telegram audience, exceeding 200 million users, will be able to make transactions with TON in one click. This will give impetus to the growth of the value of the coin. It is likely that TON will compete for a place in the top cryptocurrencies.

The team is a TON

The Open Network team mainly consists of those developers who were involved in this project in Telegram. Recently, one of the top managers of Binance, Bill Qian, who led the M&A department at Binance Labs, joined the TON Foundation team. This is probably a signal that the coin may soon appear on Binance.

Where is TON traded

Currently, TON can be purchased on such cryptocurrency exchanges as Huobi, FTX, Gate.io, OKX, MEXC, Uniswap and others.