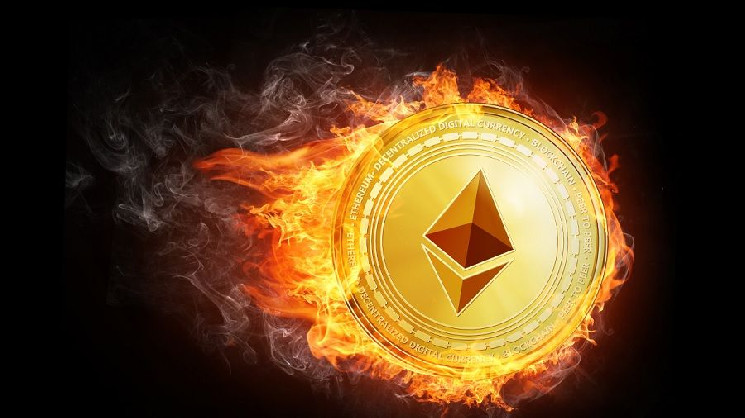 After the transition of Ethereum to the Proof-of-Stake consensus algorithm, the number of new ETH decreased by 95%. Now Ethereum inflation is 0.2% per annum instead of the previous 3.79%.

The transition of Ethereum to PoS has reduced energy consumption by 99.95%. The number of issued ETH digital coins has significantly decreased. After the merge, 4,581.26 new ETH were created, which is 95% lower than it would be on the PoW algorithm. Approximately 772 ETH are now generated daily, up from 12,500 ETH before the merger.

At the same time, the coin remains inflationary. In order for a cryptocurrency to become deflationary, you need to burn more coins than are produced. However, for now, the total amount of ETH is gradually increasing.

It is worth noting that a significant decrease in the release of new ETH did not help the exchange rate of the second cryptocurrency. After the merger, the rate fell by 22%. However, the entire cryptocurrency market has also declined. Ethereum is currently trading at $1,341.

Recall that bt-crow.com published a detailed article about the consequences of Ethereum’s transition to the Proof-of-Stake algorithm.