Recently, the Shiba Inu project launched an aggressive SHIB token burning campaign. This inspired fans of the memnoy coin, which cannot be said about its course.

Shiba Inu is one of the most famous cryptocurrencies. Coin was launched in August 2020 as an ordinary meme coin, but then, through the efforts of developers, it began to turn into something more. The project first dived into the metaverse industry. It soon became known that a stablecoin, a new reward token and a collectible card game would appear in the project ecosystem. In addition, the project team is working on Shiberium, a second-level blockchain, which should reduce the cost and increase the speed of transactions.

All these innovations have helped fill the ranks of Shiba fans. According to CoinMarketCap, the coin is currently ranked 14th in the ranking of cryptocurrencies with the largest market capitalization. In addition, it is the second largest coin in terms of capitalization, second only to Dogecoin.

However, one big question still remains: when will all this give the long-awaited boost to the SHIB rate?

Burn SHIB until the rate starts to rise

For more than a month, the owners of the coin can only dream of an increase in its price. The last rally was observed on August 15, when the token went up by almost 45% in just 4 days.

Over the weekend, the main developer of Shiba Inu, hiding under the pseudonym Shytoshi Kusama, took to Twitter to the coin’s army of fans, announcing an aggressive token burn, instilling new hopes in hodlers for the upcoming rally. 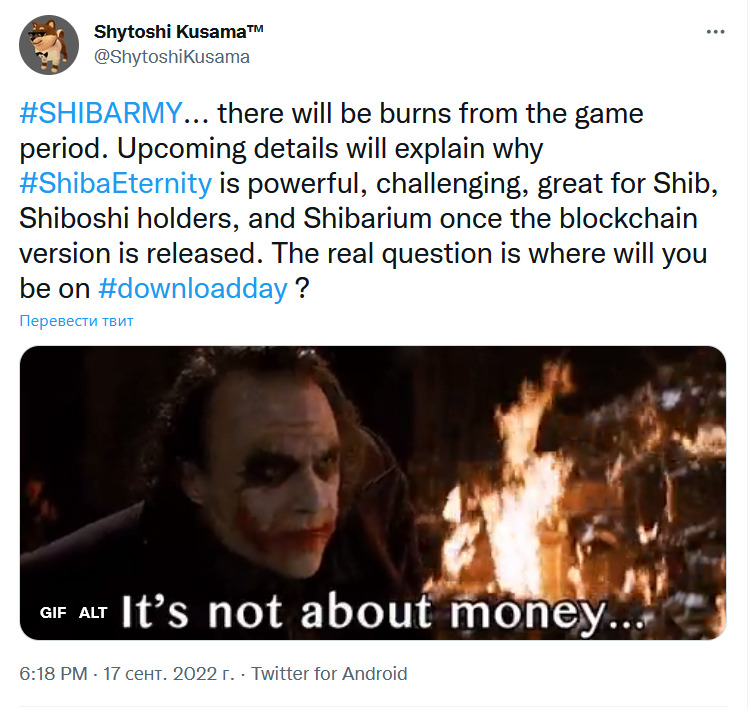 By September 22, 2022, the project has already burned over 410 trillion SHIB tokens launched on the market as part of the initial offering. This represents more than 41% of the total maximum supply at the moment.

In the last 24 hours (at the time of writing), the project has burned almost 22 million coins, according to Shib Burn statistics. A sharp jump in activity occurred the day before, on September 21. Then the SHIB burn rate soared by 1,500% for a while. However, at the time of writing, the indicator was already showing a drawdown of 83+%. 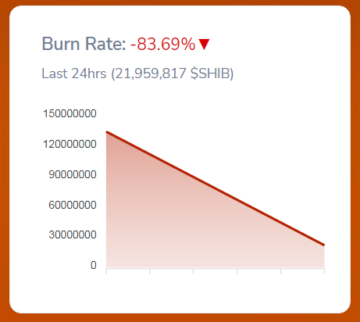 As is commonly believed, regular burnings reduce the supply and therefore should ensure a gradual appreciation of the exchange rate in the long run. However, there are no guarantees of this.

The offer is falling. What about demand

When analyzing the effect that burning tokens have on the SHIB rate, it should be remembered that there is always another participant in this game – the demand aspect.

Network indicators reflect a steady but small increase in the number of new addresses. So, over the past week, this figure has grown by 1.85%, and in September, on average, about 1,600 addresses were created daily.

Apart from some anomalies in August, when the figure jumped to 4K+ new addresses, in general, the interest of retail users in SHIB did not show any sharp spikes.

Source: Into The Block

Meanwhile, retail euphoria usually causes the growth of the coin rate. For example, SHIB rallied in October 2021 and February 2022 when the market experienced a strong influx of new entrants. Back then, the indicator of the number of new addresses and the rate of the coin grew in tandem.

When will there be a breakthrough through thorns to the stars?

At the time of writing, SHIB is trading in the $0.00001068 area, up 1.2% intraday. At the same time, the price drawdown for the last 7 days was almost 9%. Thus, despite all long-term hopes, the price dynamics does not show optimism in the short term.

According to the Global In and Out of Money indicator, an important level for the price is located around $0.000017. Here, about 105 thousand addresses hold more than 450 trillion tokens. If the bulls manage to take this barrier, SHIB will be able to continue rising.

Probably, in order to gain acceleration, the token needs to reverse the current balance in the dynamics of supply and demand. Surges in demand for the coin may support the growth of SHIB.