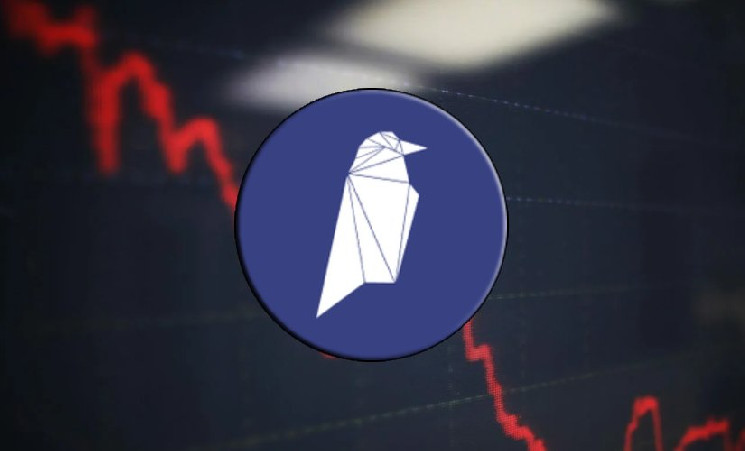 Ravencoin became the most unprofitable cryptocurrency of the week

Immediately 6 cryptocurrencies have lost more than 10% in value over the past week, as of 17:30 Moscow time on September 23, 2022. Among them were Ravencoin (RVN), Ethereum Classic (ETC), Toncoin (TON), EOS (EOS), Curve DAO Token (CRV) and Celsius (CEL). It was only about digital assets included in the ranking of the top 100 by maximum market capitalization.

The worst performance for the week was recorded by RVN. This virtual currency became cheaper by 25.77%, having lost 4.02% over the last day. The asset rate stopped at $0.039, and the capitalization was $411.46 million, in connection with which the cryptocurrency dropped to the 83rd line of the best rating.

ETC lost 17.6% of its value in the week following the Ethereum (ETH) Network Merger. The price of the cryptocurrency asset was fixed at $27.65, and the capitalization was $3.86 billion. Toncoin was trading at $1.43, or 14.17% cheaper than 7 days ago. The total supply of virtual coins circulating in circulation amounted to $1.74 billion.

EOS has also become significantly cheaper than it has disappointed its own investors. It was available for purchase at $1.22, or a 13.83% discount from last week. The market capitalization of the cryptocurrency was $1.21 billion.

Curve Finance’s native CRV token was trading at $0.906, falling in price by 12.89% over the mentioned time period. The capitalization of the asset amounted to $481.96 million.

Earlier edition of Crypto.ru informed: as of the morning of September 23, 2022, 6 cryptocurrencies from the top 100 have increased in price by more than 10% over the past day. Reserve Rights (RSR) topped the charts, up 36.53%