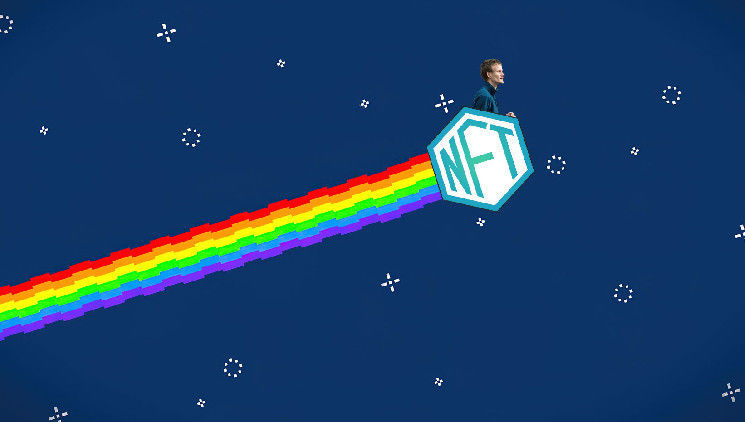 
With Ethereum dominating as the blockchain for NFT projects, some experts have suggested that the switch to PoS will help revive the NFT market, which has been in a downtrend for almost two months. But the data shows that no significant changes have taken place.

In the weeks leading up to the merger, NFT trading generally declined. According to DappRadar, over the past 7 days, trading volume on the top NFT platform OpenSea was $84 million, up 5.3% from the week before the merger. The average weekly price of NFTs on OpenSea is $199, down 14.5% from the previous week.

However, the number of traders on the platform has increased by 9% over the past week to 156,000 unique wallets.

The lack of interest in NFTs after the merger came as a surprise, as many believed Ethereum’s switch to PoS would attract potential traders who were previously worried about exorbitant power consumption. For example, Salesforce employees opposed plans to create a cloud-based NFT platform due to concerns about the technology’s environmental impact, although the company emphasized that it would not support PoW blockchains.

In addition, concerns have been raised about forked NFTs, as users feared that NFTs would be duplicated and versioned on the PoS network and the ETHPOW network, although no such issues have arisen so far.

The DappRadar report notes that Ethereum-based NFTs have been functioning normally since the merger and that holders do not need to take any additional action to ensure the normal operation of the market. The first NFT created already on the basis of the PoS network appeared 26 minutes after the merger and was purchased for 36 ETH. The first NFT collection released in the new Ethereum PoS era is Bloom.

September 2022 is shaping up to be one of the worst months for NFTs since the August 2021 hype. Total industry sales in September are below $600 million, just a fraction of January’s peak of $5 billion.