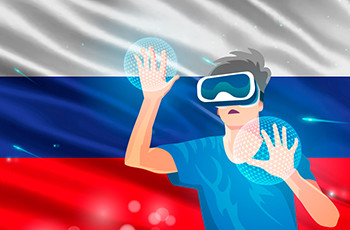 Ban on the issuance of algorithmic stablecoins and cross-border crypto payments in the Russian Federation. Main events of the week

The price of the second largest cryptocurrency by capitalization, Ethereum, has decreased by 10.45% over the past seven days, amounting to $1,308. The native token of the Binance cryptocurrency exchange (BNB) has lost 0.33% and is trading at $274.2.

On September 15, the Environmental Working Group (EWG), a non-governmental environmental working group, announced the need for bitcoin to move from the Proof-of-Work (PoW) consensus algorithm to Proof-of-Stake (PoS). To this end, the EWG announced the launch of a $1 million advertising campaign. According to the representatives of the group, the first cryptocurrency can “remain in the past” if it does not take steps to migrate.

EWG Senior Vice President for Government Relations Scott Faber noted that environmentalists are ready to support all the efforts of the US government to create standards that affect mining. Michael Brune, head of the Change the Code, Not the Climate campaign, noted that Ethereum has shown a successful transition to an energy efficient protocol with much less climate, air and water pollution.

News of the Russian crypto market

Ivan Chebeskov, Director of the Financial Policy Department of the Ministry of Finance, said that the development of the market for digital financial assets (DFA) and digital currencies in Russia will not be a trigger for the transition from traditional centralized finance to an absolutely decentralized system. According to him, the department is now developing a bill that only offers a mechanism for international settlements in cryptocurrency. However, it is up to the business to determine the details of the process.

Alfa-Bank announced plans to launch its own investment platform, where DFAs on financial instruments of other companies will be offered. The initiative can be implemented before the end of 2022, the bank itself will also act as an issuer of similar products. Monetary claims will become the key product of the new platform.

The Bank of Russia and the Ministry of Finance have agreed on a position on regulating the production of cryptocurrencies. Anatoly Aksakov, head of the State Duma committee on the financial market, said that the relevant bill would be submitted for consideration in the near future. The deputy noted that the Central Bank was “hard against” the legalization of mining, as he saw it as a threat to the country’s financial system. But later, the regulator softened its position and agreed to legalize the mining of cryptocurrencies in regions with an excess of electricity. In addition, the departments are jointly developing a bill that will regulate the issuance, circulation and other operations with digital assets, as well as international settlements in cryptocurrency.

Boris Glazkov, vice president for strategic initiatives at Rostelecom, said that Russian regulators should give preferences to local companies to create a metaverse in the country through the provision of benefits, grants and subsidies. He noted that now in Russia there is no single metaverse, and excessive regulation will not allow it to appear.

Valery Lyakh, Director of the Bank of Russia Department for Combating Unfair Practices, said that about 60% of illegal financial transactions or payments in favor of financial pyramids are carried out in cryptocurrencies. Such precedents have become more frequent in the last six months. Lyakh singled out two main problems of digital assets. The first is the lack of an anti-money laundering (AML) tool. The second is the lack of a tool to detect asset price manipulation during trading.

The Bank of Russia did not support the proposal to classify crypto investors according to their level of financial literacy. The Central Bank noted that “the rate of cryptocurrencies is determined mainly by speculative factors”, so the experience of investors will not help to avoid risks. The regulator also once again noted that it does not support the admission of private digital assets to the financial market of the Russian Federation and their use as a means of payment.

The Moscow Exchange has prepared a draft law, according to which depositories will be able to issue depository receipts for CFA. Such documents will be able to circulate on the platform that issues them as securities. As soon as the client needs the underlying asset, he will have to redeem the receipt and subsequently receive his CFA.

According to the leaked European Union draft law “On Markets in Crypto Assets” (Markets in Crypto Assets, MiCA), NFTs sold in large collections have little to no unique properties or utility, and therefore are subject to the same regulatory control as cryptocurrencies. According to University of Kentucky law professor Brian Fire, the wording of the law is tantamount to the fact that the EU classifies such large collections of NFTs as securities, such as Bored Ape Yacht Club (BAYC), Cryptopunks, Doodles and others.

The Sandbox will take its Hong Kong metaverse strategy to a new market in Dubai with the launch of Dubaiverse. The Dubai virtual world will be created by analogy with Mega City, a game metaverse and virtual cultural center created in the image of the financial center of Hong Kong.

The EU will present an initiative to regulate the metaverses and all activities that take place in virtual worlds. The initiative, which European Commission President Ursula von der Leyen called “key,” is part of what the latest State of the Union letter calls “a Europe fit for the digital age.” The EU intends to implement the initiative in 2023.

Cognac house Hennessy has announced the release of a limited NFT-collection Paradis Golden Edition. The drop will take place on September 23, 500 tokens will be issued in total, the price for each will be 1.96 ETH (~$2624). The token gives the right to receive a bottle of exclusive Hennessy Paradis cognac with a volume of 700 ml.

From the world of mining

Analysts of the Hashrate Index portal shared data on bitcoin mining for August 2022. All public mining companies have continued to increase hashrate and plan to increase capacity by almost 17 EH/s before the end of the year. The total hashrate of the Bitcoin network can grow to 270-280 EH/s.

The Mohawk Council of Kahnawake, Canadian Indians, in partnership with Kahnawake Blockchain Technologies, will launch a hydropower mining farm in the province of Quebec. The initiative aims to increase the income of the residents of the Kahnawake reservation. The impact of the project on the environment will be minimal, since the units will be located on a specially prepared area in shipping containers, which will also facilitate dismantling. After the launch, the inhabitants of the reservation will receive a certain share of the mined coins.

News of stablecoins and CBDC

A new bill from the US House of Representatives calls for a two-year ban on “endogenously backed” stablecoins whose value depends on a cryptocurrency issued by the same issuer. The bill requires the Treasury to conduct research on algorithmic stablecoins and consult with the Federal Reserve System (FRS), the Securities and Exchange Commission (SEC), the Federal Deposit Insurance Corporation (FDIC), and the Office of the Comptroller of the Currency (OCC). If the authorities vote to implement the ban, it will cover stablecoins whose price depends on the value of another virtual asset of the same creator and which can be converted, redeemed or otherwise redeemed at a fixed price.

The European Central Bank (ECB) has named partners to work together on a digital euro prototype. Among them is Amazon, which will be responsible for the development of electronic payments within the framework of the project. Spanish bank CaixaBank will develop peer-to-peer online payments for the mobile app, while French payment service Worldline will be responsible for the offline version of the digital euro. The Italian company Nexi will set up payments at retail outlets.

On September 22, the Central Bank of Iran (CBI) announced the pilot launch of a digital national currency (CBDC), previously scheduled for November. The authorities noted that the cryptorial is intended to help improve access to finance, however, the asset is not positioned as a competitor to large cryptocurrencies such as Bitcoin, since it is not anonymous and centralized.

Representatives of the Tether company agreed to provide the New York court with financial statements relating to the provision of the USDT stablecoin. Tether called this procedure “a normal routine” and emphasized that the fulfillment of the requirements of the court does not confirm the unfounded claims of the plaintiffs against the company.

Ethereum. Life after “The Merger”

On the morning of September 20, Binance completed the distribution of Ethereum PoW fork tokens, ETHW, to ETH and WETH holders. The asset reacted to this news with a growth of 39.5%. As of September 23, ETHW is trading at $6.09, up 4% in a day, according to CoinGecko.

In a short period of time after the transition of Ethereum to PoS, the daily emission of ETH decreased by 92.87%. The indicator decreased from 48,400 coins to 3893. The increase in the number of transactions immediately after the update provoked an increase in the amount of the average commission, which led to deflation within 12 hours. According to analysts, there were over 429,600 active validators on the Ethereum network. In September alone, more than 11,360 validators appeared on the network, indicating growing investor confidence as the risk of technical issues associated with the upgrade decreases.

Experts from the financial holding JPMorgan reported “some difficulties” that appeared in the Ethereum network after the transition to PoS. According to analysts, the fork resulting from the update could split the community. At the same time, they noted that some exchanges and platforms have demonstrated support for the fork on the PoW algorithm. The report indicates that about 19 former ETH mining pools are actively working on PoW. Experts also focused on the fact that the blockchain has become less decentralized.

Crypto analyst Justin Bennett warned that the Ethereum price could collapse by almost 45% if the asset does not hold at current levels. According to the expert, the asset is testing the “neckline” within the framework of the “head and shoulders” pattern. If ETH does not hold at this level, then we should expect an exchange rate of $800.

Crypto analyst and trader Michael van de Poppe told what level bitcoin should stay at in order to avoid further price decline. In his opinion, this is the $19,300 mark, and if the asset does not hold on to it, it may drop to $18,500-17,500 and set new lows.

Crypto analyst Nicholas Merten spoke about a possible fall in the price of bitcoin by 27%, to $ 14,000. He warned that the bear market could probably be much more serious than expected. Referring to a correction during the previous downturn, Merten argued that in a worst-case scenario, BTC could fall to $10,000.

Bloomberg senior commodities analyst Mike McGlone said the “macro-global winter” could last up to three years. At the same time, he expects that in the next few years the cryptocurrency industry will become stronger than ever, and by 2025 the Bitcoin exchange rate will reach $100,000, and Ethereum – $6,000.

The head of Binance, Changpeng Zhao, said that bearish cycles are good for cryptocurrencies. He advised investors not to use the value of tokens as a measure of the performance of the entire industry, and also added that the price adjustment that occurs every four years is a healthy sign that will positively affect the cryptosphere in the long term.