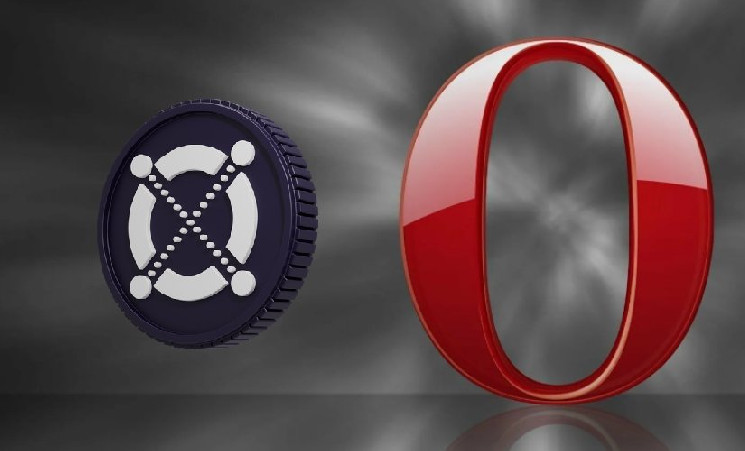 The Norwegian company that released the Opera browser has announced support for crypto wallets for 9 blockchains since the beta version was released in January 2022. The last integration will be the Elrond network. Now users of the EGLD ecosystem will have the opportunity to have access through the built-in Opera Wallet.

Elrond CEO Beniamin Mincu said his company shares the goal of keeping the hassle of connecting users to Web3 to a minimum. He also assured that support for many decentralized applications of the Elrond network will be integrated into the Opera cryptocurrency browser as early as this year. Hundreds of millions of users will be able to use the native EGLD token, which, according to Opera Crypto Browser Product Manager Danny Yao, should have a positive impact on the growth of the digital community.

Opera representatives said they are betting on the development of Web3 technology, which will grow rapidly in the coming years. According to the developers of the cryptobrowser, they want to make a significant contribution to the evolution of the third generation of Internet services based on the blockchain. Expanding integration will make it easier for customers to interact with various decentralized finance (DeFi) platforms and other network systems.

Opera has over 300 million users worldwide, according to CoinDesk.

Earlier edition of Crypto.ru reported: the developers of the Opera browser said that they will support 8 blockchains at once. It became part of the company’s global development program. The integrated networks included Bitcoin, Ethereum, Polygon, Ronin, Solana, Celo, Nervos DAO and IXO StarkEx. The head of the crypto department, Susie Butt, said that all functions will be open to Android and iOS users.