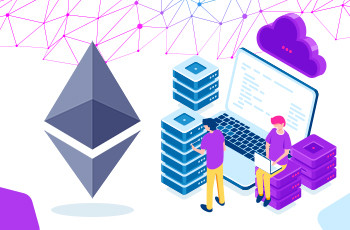 What happened? JPMorgan financial holding experts reported “some difficulties” that appeared in the Ethereum network after switching to the Proof-of-Stake (PoS) consensus algorithm. According to analysts, the fork resulting from the update could split the community. At the same time, they noted that some exchanges and platforms have demonstrated support for the fork on the Proof-of-Work (PoW) algorithm. The report also indicates that about 19 former ETH mining pools are actively working on PoW. Experts also focused on the fact that the blockchain has become less decentralized, reports CoinDesk.

Information on the CoinDesk site

What else does the report say? Analysts at JPMorgan noted that the transition to backwardation in the futures market is “a manifestation of a shift towards more bearish sentiment in the cryptocurrency markets in recent weeks.”

Backwardation is a situation where the spot price of an asset is higher than in the futures market.

The report also indicated that in terms of mining, Ethereum Classic (ETC) was the main beneficiary of the upgrade, as its hashrate increased several times, and other GPU-compatible PoW blockchains such as Ravencoin (RVN) and Ergo (ERG) also showed significant growth.

Earlier, JPMorgan noted a sharp decline in the use of cryptocurrencies for payments over the past six months. The bank still supports customers who want to pay in cryptocurrencies, however, this remains a niche use case for now.

How large crypto services hinder the decentralization of Ethereum can be found in article GetBlock Magazine.