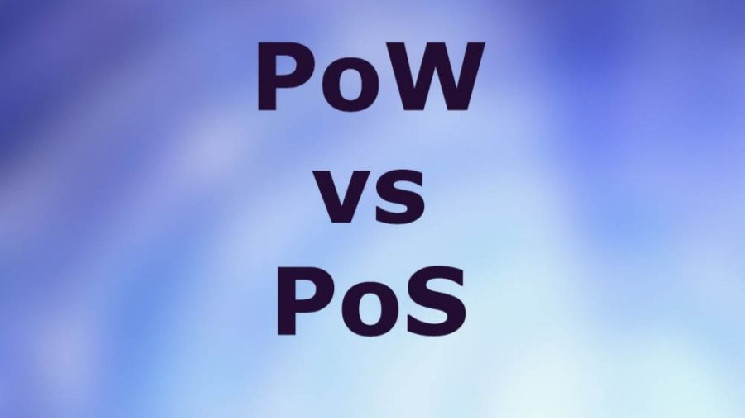 The transition of Ethereum to Proof-of-Stake has significantly strengthened the anti-mining camp. But he didn’t help “environmentally friendly coins” to bypass “dirty bitcoin”.

Much was expected from the merger of the Ethereum chains, and first of all, the rise in its price. But pre-transition research on staking centralization, and later possible SEC action to recognize ETH as a security, knocked Ethereum off the ground.

Despite the fact that due to geopolitics, the looming economic crisis and the Fed rate hike, the cryptocurrency market is falling along with the stock and raw materials, and even faster, ETH has shown to be worse than the market. Over the past seven days, it has lost almost 20% – more than all other crypto assets from the top 20. And even from the top 50, only its “half-brother” and the old rival ETC fell stronger than ETH, which collapsed by 27%.

Obviously, the type of consensus played no role in the stock market panic. You might even think that any name containing Ethereum is now out of favor with investors. Whether this is due to possible SEC raids or other factors is unknown. But the fall of the UEC is quite predictable – the miners who switched to it began to sell the mined coins, and the liquidity of the ETC market is many times lower. Moreover, the number of long-term investors in such an unreliable coin has always been small. The miners were doubly unlucky. They not only lost the most profitable coin, but also its closest “deputy” lost catastrophically in profitability.

Let’s return to the issues of capitalization. The departure of Ethereum did significantly weaken the PoW camp. In the top twenty in terms of capitalization, only two coins for miners remained – Bitcoin and Dogecoin. But the difference in capitalization between them is more than 40 times! And the third among the miner’s coins ETC lags behind DOGE by another two times.

On the other hand, PoS coins come in a fairly dense group. But Ethereum alone still “weighs” more than all of its failed killers, but even in the company of them, it loses to the king of the market. Bitcoin alone rules the roost – although its dominance index has fallen below 40%, it still remains out of reach for competitors.

The table below shows that bitcoin is more than 34% ahead of all coins in all types of PoS in terms of capitalization combined! According to Coinmarketcap, it shows the capitalization of the largest 20 coins on Proof-of-Stake. All coins circulating on the first level (L1) of their own blockchain or sidechain (the latter include, for example, Polygon and Avalanche), as well as PoS-like consensus coins such as Cosmos (ATOM) are included.

It seems that it is too early for the “green” to triumph, and the “environmentally dirty” bitcoin will stand on a pedestal. While the trend is not their friend. The voice of the environmental lobby has subsided significantly in recent years – the countries that have abandoned Russian raw materials are forced to revive even coal-fired generation, and lifelines, solar panels and other renewable sources have been pushed aside until better times. And even the rise in electricity prices has so far had little effect on bitcoin miners – many of them are located in countries with cheap energy or even have their own generation. The BTC hash rate continues to hit all-time highs, surpassing 230 ECH/s compared to 170 ECH/s at the start of 2022.

Difficult times are coming for investors around the world, and they are leaving for the most reliable assets, and only bitcoin has been able to win such a degree of trust among cryptocurrencies. Yes, it also falls and rises, but slowly and majestically, while the graphs of other coins jump by tens of percent. Stability will be valued above opportunities for a long time to come.