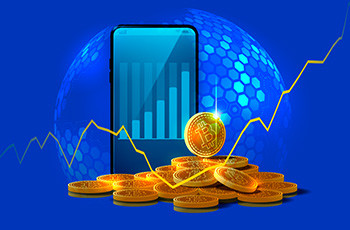 As Satoshi intended. What do you pay with cryptocurrencies

Bitcoin as the first cryptocurrency was conceived by its creator Satoshi Nakamoto as a decentralized payment instrument. Having established themselves as an investment and speculative asset, cryptocurrencies as a payment method, according to critics, are not widespread and are generally poorly integrated into traditional markets. At the same time, payment companies report an increase in transactions in bitcoins, and mass users come to the crypto market not only through exchanges.

The week was marked by loud statements about the crypto market from representatives of the top management of the financial conglomerate JPMorgan. Speaking before the US Congress, the head of the bank Jamie Dimon, describing himself as a “big skeptic” about bitcoin and cryptocurrencies in general, called them “decentralized financial pyramids.”

A day earlier, speaking on Bloomberg TV, the bank’s head of global payments, Takis Georgakopoulos, was less blunt. According to him, the demand for cryptocurrencies as a payment method has declined sharply over the past six months. If earlier the bank’s clients showed high interest in them, then over the past six months this has changed. At the same time, he added that the bank “will support those customers who care about this payment method.”

When asked about other crypto assets, such as digital currencies issued by central banks, Georgakopoulos did not give specific forecasts, citing the lack of experience in their implementation by someone other than China, where the digital yuan has been tested since 2020. In his opinion, digital payments in the future may be relevant in the field of the Internet of things (IoT) and smart devices, but so far this is still far away.

At the same time, Russia is actively promoting the use of digital financial assets (DFA) against the background of disputes about the legalization of cryptocurrencies. Prime Minister Mikhail Mishustin instructed the Ministry of Finance and the Central Bank to develop a strategy for the development of the CFA by December 1. Mishustin believes that this asset class will facilitate the settlement of imports and exports. The Ministry of Finance says that the possibility of carrying out cross-border transfers in cryptocurrency may appear as early as 2023.

The head of the Central Bank, Elvira Nabiullina, noted that the regulator supports cross-border settlements with the digital ruble, as well as cryptocurrencies, which, however, should not penetrate the financial system of the Russian Federation. The bank believes that about 60% of illegal financial transactions are either carried out in cryptocurrencies, and are trying to minimize the risks, sometimes disagreeing with other departments.

What do you buy with bitcoin

If we talk about markets in which payment with cryptocurrencies is allowed and takes place officially, we can track some trends. Payments companies like Jack Dorsey’s Block (formerly known as Square) provide a gateway for customers to pay with bitcoin and other cryptocurrencies. Block’s bitcoin payments revenue was $1.79 billion, according to a recent quarterly report, but amid the bear market, this revenue line item is 34% lower than previously.

BitPay is the leading cryptocurrency payment processor for thousands of customers, including large retailers like the American electronics chain Newegg. Recently, the company’s website published updated statistics on payments in cryptocurrencies passing through the BitPay payment gateway or wallets. Among the most popular products are prepaid and gift cards, as well as games and Internet services.

The number of transactions passing through BitPay is generally stable, despite the market drop. This year, the monthly volume of transactions has grown to 67,000. In 2021, this figure was 58,000. Most payments traditionally take place in bitcoins, but other cryptocurrencies are gaining momentum. Litecoin (LTC) payment volumes account for 22% of all BitPay transactions, while Bitcoin Cash (BCH) boasts the lowest fees.

Speaking to Cointelegraph, Merrick Theobald, Vice President of Marketing at BitPay, noted that BTC remains the leader in online payments as the oldest and most well-known cryptocurrency that has proven to be a reliable payment instrument.

JPMorgan’s Georgakopoulos is skeptical about cryptocurrencies as a mass means of payment for goods and services, but in the same interview specifically emphasized that they are “getting bigger and bigger” in the gaming field. According to him, both in traditional gaming and in the emerging metaverses, there are many opportunities for the introduction of digital assets and cryptocurrencies in particular.

It is play-to-earn (P2E) and NFT games that have become the main channel for attracting a mass user in the countries of Central and South Asia, as well as Oceania, according to a report published on September 21 by Chainalysis. Analysts note that in the second quarter of 2022, 58% of Internet traffic passing through crypto services in the states of these regions was associated with NFT. Another 22% of traffic is associated with P2E games, in which participants receive cryptocurrencies as rewards or payment for in-game NFTs.

Blockchain games such as Axie Infinity are especially popular in the Philippines, although amid a declining market and the cost of in-game assets, they inevitably lose some users. According to Chainalysis, the Philippines ranks second in the world in the distribution of cryptocurrencies, second only to Vietnam. According to the report, Asians received about $932 billion worth of cryptocurrencies over the past year, making the region one of the largest on the global crypto market map.

Chainalysis analysts also note that crypto services are gradually starting to transform the money transfer market. In countries such as India, Pakistan or Bangladesh, the turnover of the traditional money transfer market is estimated at $ 20 billion per country, and their residents are increasingly turning to cryptocurrencies.

Despite the skepticism, JPMorgan’s Georgakopoulos believes that blockchain and digital currencies as an alternative means of payment “definitely have inherent advantages,” but also face major barriers to mainstream adoption. According to him, the bank is investing in its own blockchain networks, which will allow it to work with both fiat and digital currencies as they evolve.

The head of the Bank, Jamie Dimon, has long been an open critic of cryptocurrencies. During the same speech, he stated that stablecoins, with proper regulation, will work without problems, and also that JPMorgan is “very active in the application of the blockchain.”