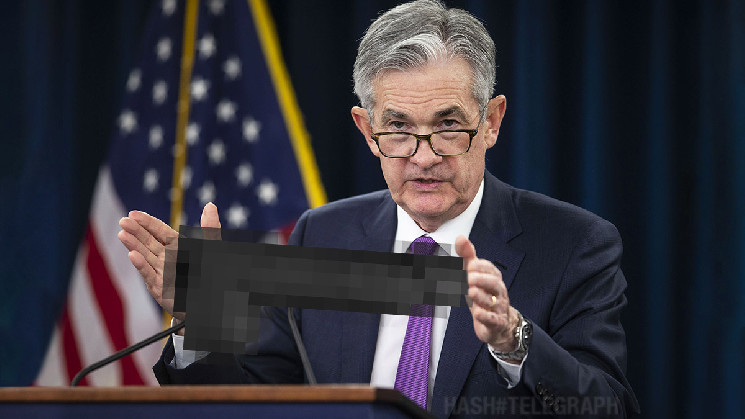 “Another 1.25% rate increase by the end of the year” and other statements by Jerome Powell that dropped bitcoin

US Federal Reserve Chairman Jerome Powell did it again: delivered a brilliant speech that caused an unplanned market depression.

It would seem that nothing boded trouble when yesterday at 21:00 (Moscow time) it became known that the United States Federal Reserve raised its key rate by 0.75% for the third time in a row. By itself, this fact does not please the financial markets, since the increase in the rate makes money more expensive. However, the size of the increase was in line with expectations and, therefore, was already priced in.

The reaction of the main assets turned out to be paradoxical. In particular, the main index of the US stock market S&P 400 (SPX), which reflects the shares of five hundred leading American companies, after the “helicopter” volatility fell by the end of the day by 2.52%. 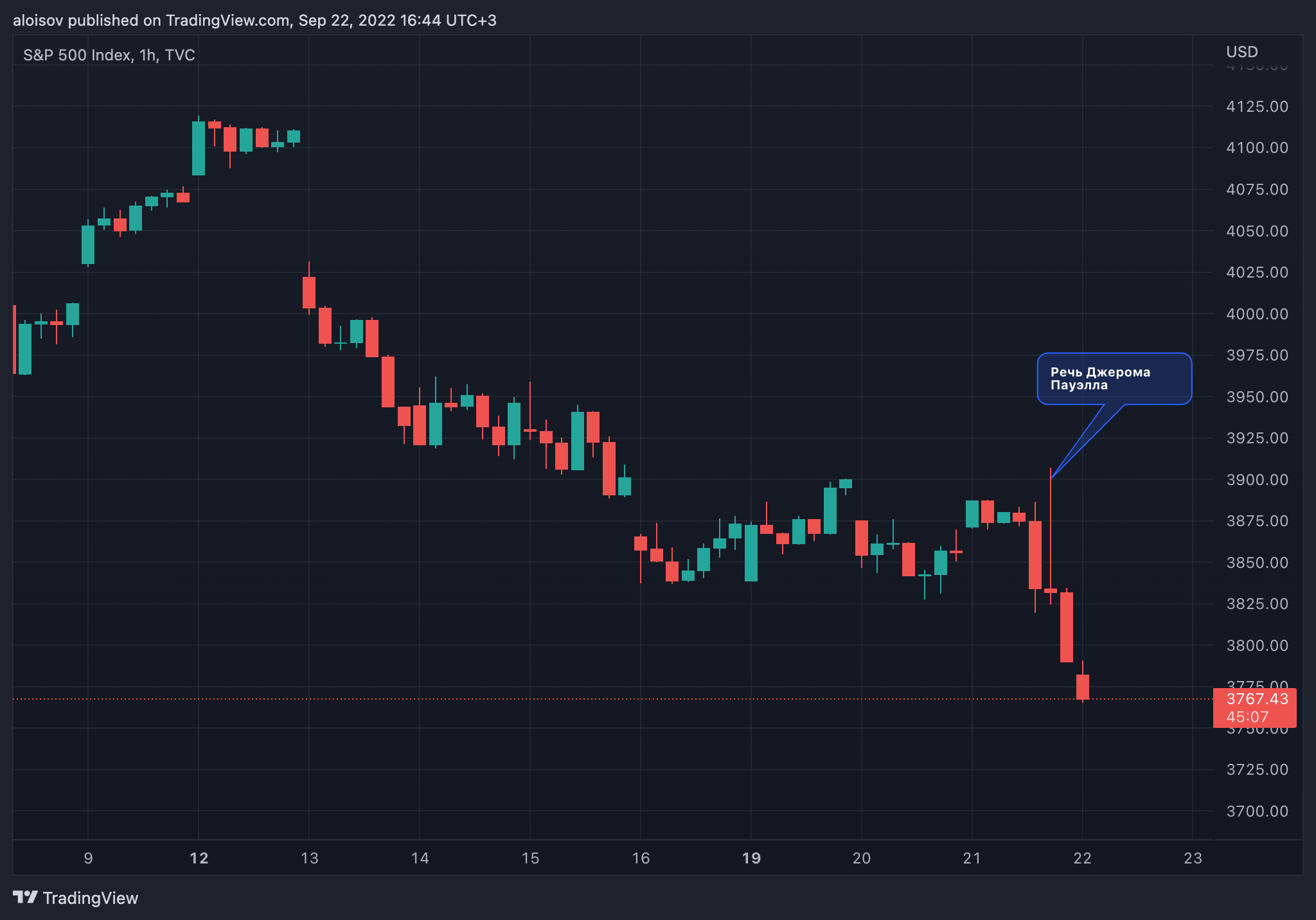 As for bitcoin, it began to rise just before Powell’s speech, then, after a period of high volatility, fell by 11%. According to the cryptocurrency screener Cryptovizor, which determines the market price of bitcoin based on the results of trading on the seven largest exchanges, the minimum price of the asset was $18,126. 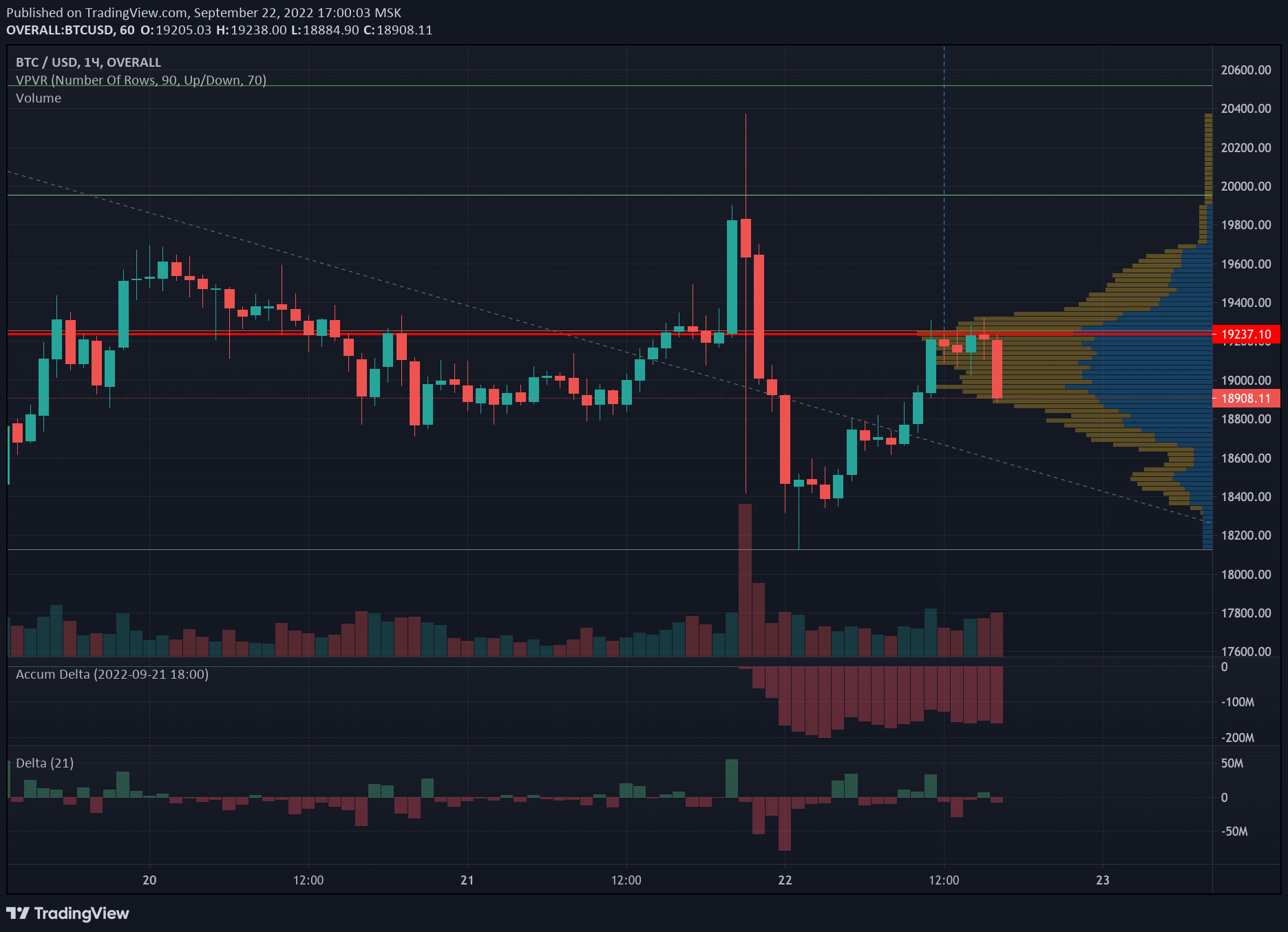 What’s the matter? After the announcement of the results of the Fed, the head of the regulator traditionally delivers a speech.

Powell said the current rate hike to 3.25% is justified as the Fed is determined to bring inflation down to 2% (the US consumer price index was 8.3% in August year on year). He added:

We have not yet decided to what level the rate should rise.

The head of the Fed also admitted that inflation indicators exceed forecasts, that is, they do not adequately respond to the tightening of monetary policy. Apparently, it will take time for the effect to live up to expectations. Powell noted that Fed members are expecting a 1.25% rate hike by the end of the year, although some feel that 1% will be enough.

Thus, the current rate increase of 0.75% is not the last, and by next year the rate will exceed 4%.

The Fed chief’s speech made traders feel betrayed. When the rate first rose by 0.75% at once, the regulator said that this was a historically important decision that would not have to be repeated. Nevertheless, inflation continues after the third “historic” rate hike. 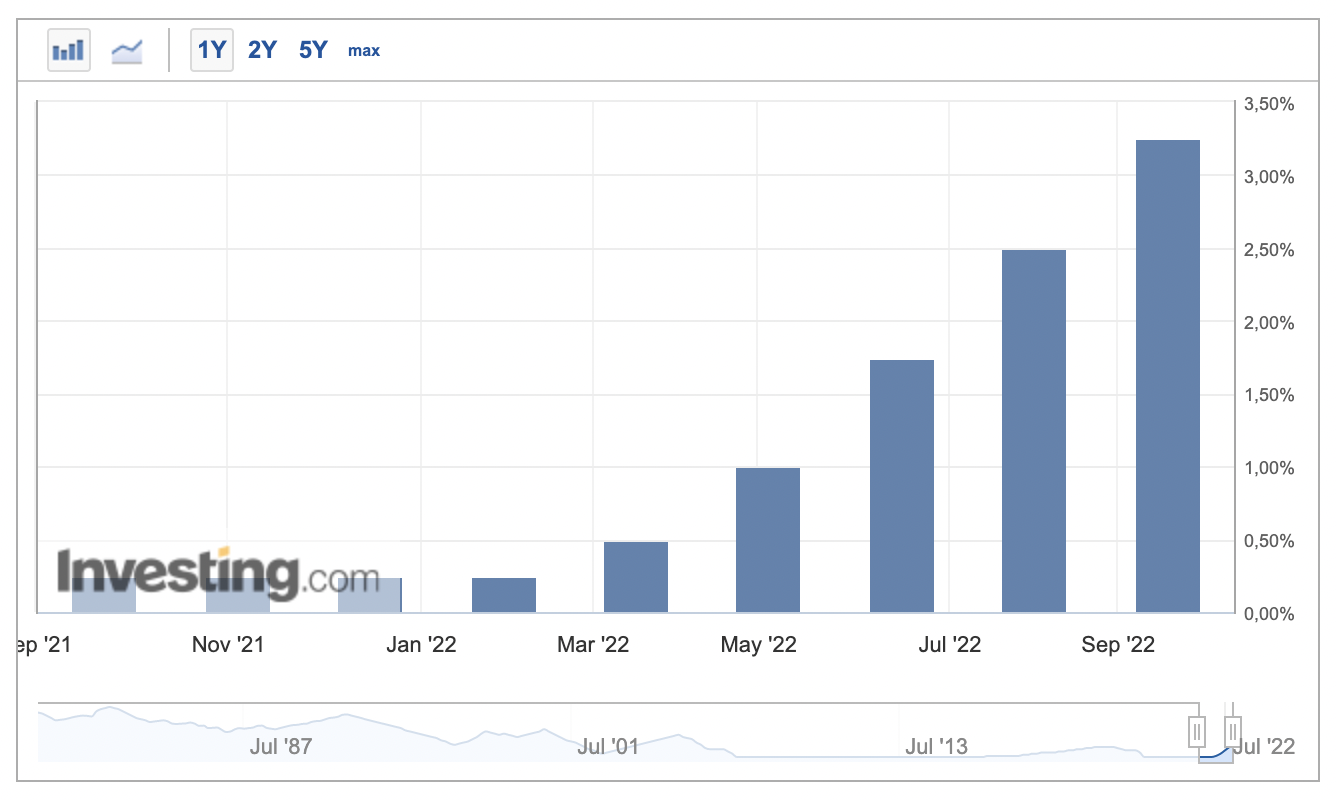 Growth of the key interest rate in the US during the year. Source: investing.com

The Fed has kept interest rates close to zero since 2008. Investors, companies and society have come to assume that a low rate is the norm. The rapid abandonment of this financial policy has shocked the stock and cryptocurrency markets. However, the consequences of such a sharp rate hike go far beyond the markets. It not only makes the gigantic US national debt more and more painful, but also leads to a recession, which sooner or later will force the Fed to ease policy. And only then will a new Bitcoin bull market begin.