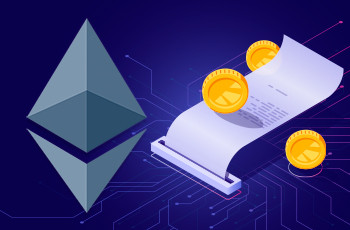 What happened? In a short period after the transition of the Ethereum blockchain to the Proof-of-Stake (PoS) consensus algorithm, the daily emission of ETH decreased by 92.87%. The indicator decreased from 48,400 coins to 3893. According to the observations of experts from the analytical company Glassnode, the increase in the number of transactions immediately after the update provoked an increase in the amount of the average commission. This resulted in deflation within 12 hours.

What else does the report say? There are currently over 429,600 active validators on the Ethereum network, according to analysts. In September alone, more than 11,360 validators appeared on the network, indicating growing investor confidence as the risk of technical issues associated with the upgrade decreases.

Experts noted that most of the ETH in staking is held by various providers and amounts to 10.071 million coins (69.04% of the total). The top four service providers — Lido, Coinbase, Kraken, and Binance — collectively manage 8.18 million ETH, representing 56.08% of the total.

How large crypto services hinder the decentralization of Ethereum can be found in article GetBlock Magazine.