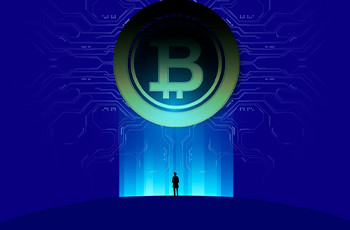 The cryptanalyst called the condition for the growth of the Bitcoin exchange rate by $75,000

What happened? The cryptanalyst, host of the InvestAnswers YouTube channel, described how the partnership of the crypto exchange Coinbase and asset manager BlackRock can push the price of bitcoin up to $773,000. According to him, if BlackRock invests 0.5% of its assets in BTC with a multiplier of 21x, the capitalization of the first cryptocurrency will grow by $1.05 trillion. This will add $75,000 to the price of Bitcoin, pushing it up to $99,000.

What else is the expert talking about? According to the analyst, if BlackRock allocates 1% of the funds, this will add about $2.1 trillion to the market capitalization and $150,000 to the price of bitcoin. If the asset manager invests 5%, the BTC price could rise to $773,000 in the next three to five years. However, the expert believes that such a development is unlikely in the near future.

In early August, BlackRock announced a partnership with Coinbase. As part of the cooperation, BlackRock institutional investors who use the Aladdin crypto platform will have direct access to digital assets. For now, the partnership only covers bitcoin.

BlackRock is one of the world’s largest asset management and investment companies. As of January 2022, it managed $10 trillion in assets. The company’s shares are traded on the New York Stock Exchange (NYSE) under the ticker symbol BLK. As of August 8, the share price is $703.15, up 1.04% overnight, according to Investing.com.

In June, Galaxy Digital CEO Mike Novogratz said that the recovery of the cryptocurrency market will be affected by the purchase of BTC by international traditional finance hedge funds. However, this requires the US Federal Reserve (Fed) to stop raising interest rates.