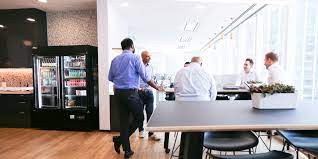 Fortune named Ripple one of the best places to work

The American business magazine Fortune ranked Ripple 34th in its list of the 100 best jobs for medium-sized businesses. Ripple announced this in a tweet, where she added that she would continue to develop her amazing team.

WE ARE HONORARY TO BE RECOGNITIONED BY @FORTUNEMAGAZINE IN THEIR SURVEY OF THE BEST PLACES TO WORK – WE ARE 34TH OF THE TOP 100 MEDIUM SIZE JOBS.

WE CONTINUE TO EXPAND OUR GREAT TEAM – JOIN US! #RIPPLELIFE https://T.CO/TPR056XUQN

The American blockchain company is one of the largest players in the world of cryptocurrencies, and its XRP token is ranked sixth in the world by market capitalization. Despite the ongoing bearish trend since the beginning of the year, mainly due to extreme selloffs in the cryptocurrency market, the token continues to maintain a respectable market cap of over $18 billion.

“It’s always nice to get a little third-party verification. Thanks Ripplers! YOU are what makes Ripple one of the best.” tweeted Ripple CEO Brad Garlinghouse, commenting on the Fortune magazine rating.

IT IS ALWAYS NICE TO GET A LITTLE CONFIRMATION FROM A THIRD PARTY 🙂. THANK YOU RIPPLERS! YOU ARE WHAT MAKES RIPPLE ONE OF THE BEST. https://T.CO/HDNBRVXXAN

The Fortune rating comes amid a protracted legal battle between Ripple and the Securities and Exchange Commission (SEC). The lawsuit began in 2020 after the SEC said XRP was an unregistered securities offering.

However, Ripple’s CEO remains optimistic that the decision in favor of the Securities and Exchange Commission will not result in major disruption to the company’s operations. In an interview with Axios at the Collision 2022 event, Brad Garlinghouse reiterated his belief that the decision will be in their favor. According to him, “I bet on this (Ripple’s victory) because I believe that the facts are on our side. I bet the law is on our side.”

A decision is expected to be made in April 2023, according to Stuart Alderoti, Ripple’s general counsel.