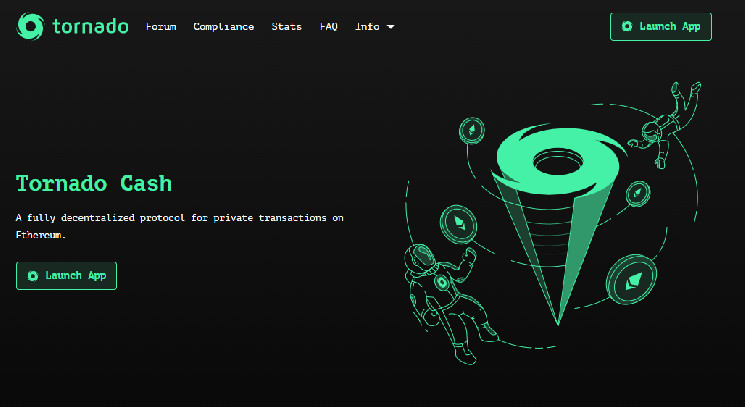 The popular Ethereum-based coin mixing service Tornado Cash has been sanctioned by the US Treasury Department, according to a report released on Monday. Many associated cryptocurrency addresses have also been added to the blacklist.

The move shows that the US authorities are determined to go after the various parts of the cryptocurrency supply chain that are being used for criminal activities.

In May, the US government sanctioned Blender, another coin mixing service, for allegedly helping North Korea launder some of the funds stolen from Axie Infinity.

Coin mixing services are used to hide the origin of specific transactions, making them a breeding ground for money laundering. Having gained considerable popularity, the decentralized coin mixer has become a popular tool for covering the tracks of criminal activity.

In March, one of the founders of Tornado Cash said it was “technically impossible” to impose sanctions on the controversial coin mixer.

More than $7 billion worth of digital assets have been laundered with Tornado Cash since 2019, according to US officials. The mixing service was used by the Lazarus Group, a North Korean-run hacking collective, to launder hundreds of millions of dollars in funds stolen from Axie Infinity, Harmony and Nomad earlier this year.

Undersecretary of the Treasury for Counterterrorism and Financial Intelligence Brian E. Nelson argues in a statement that Tordano Cash did not prevent cyber actors with effective control.

In April, Tornado Cash announced that it had blocked U.S. government-sanctioned crypto addresses from its front end.