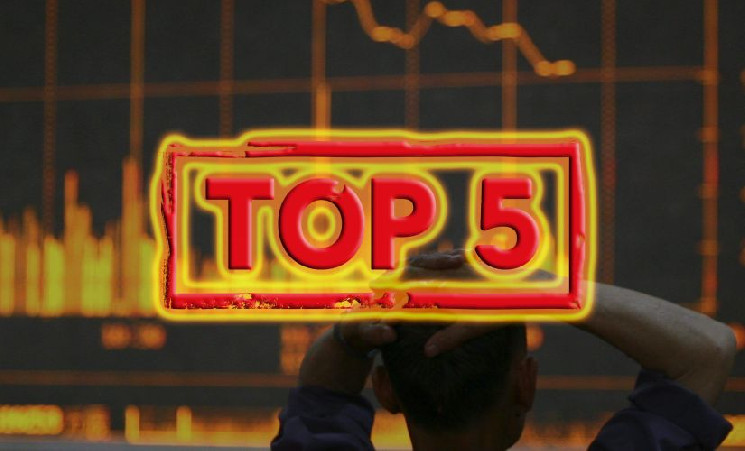 Experts studied virtual assets from the top 100 cryptocurrencies ranking by the size of the total supply of coins on the market and talked about the most unprofitable assets for the week from August 1 to August 8, 2022. They stressed that, in general, the market showed growth dynamics, and only 12 out of 100 virtual currencies fell in price during the reporting period.

The Filecoin (FIL) cryptocurrency disappointed its investors the most. This digital asset has become cheaper by 6.96% over the week, while adding 5.71% in price over the past day. Its value reached $9.29, and the market capitalization was $2.38 billion. As of 12:25 Moscow time on August 8, the token was in 32nd place in the ranking of the best.

The second position with a minus sign went to BitTorrent-New (BTT). The rate of the virtual asset decreased by 5.29%, reaching a new value of $0.00000099. The total supply of tokens on the market amounted to $929.83 million, the place in the list of top cryptocurrencies is 58th.

EOS (EOS) has dropped to 45th in the top rankings. The value of the cryptocurrency asset decreased by 4.97%. The virtual token was trading at $1.28, and the total supply on the market was $1.27 billion.

Earlier, the editors of Crypto.ru reported: market analysts called the Solana (SOL) cryptocurrency the biggest disappointment of recent days and awarded it the status of an anti-hero. The virtual coin was in the list of the most unprofitable assets in recent days from the top 100 rating as of August 7, 2022.