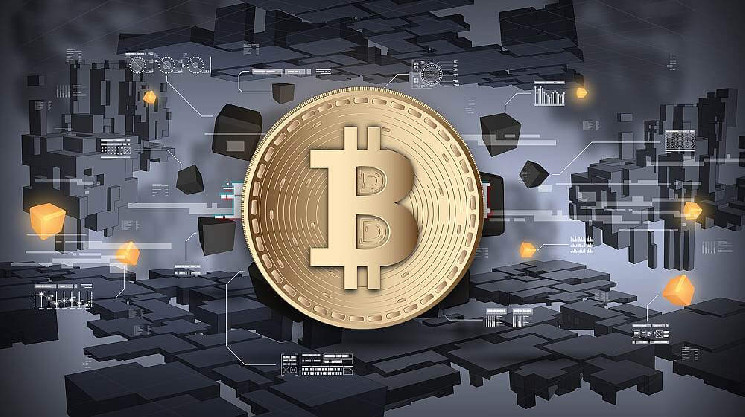 To determine the coveted bottom of bitcoin, it is necessary to analyze not only its price. One of the most reliable indicators of a market bottom has historically been mining data. Considered one of the most resilient players in the crypto ecosystem, miners capitulate only when BTC becomes too expensive to mine.

Hash ribbons are a unique metric used to determine if a market is in a bear or bull phase. The indicator contains a 30-day and a 60-day simple moving average (SMA) of the bitcoin hash rate. A drop in the 30-day SMA below the 60-day indicates the beginning of a bear market and suggests that miners have started selling coins.

The data shows that the market has been in miner capitulation mode for almost 60 consecutive days. This will end as soon as the 30-day SMA crosses the 60-day SMA. However, the difference between moving averages that remain static for several days in a row makes it difficult to determine when we can see a trend reversal. 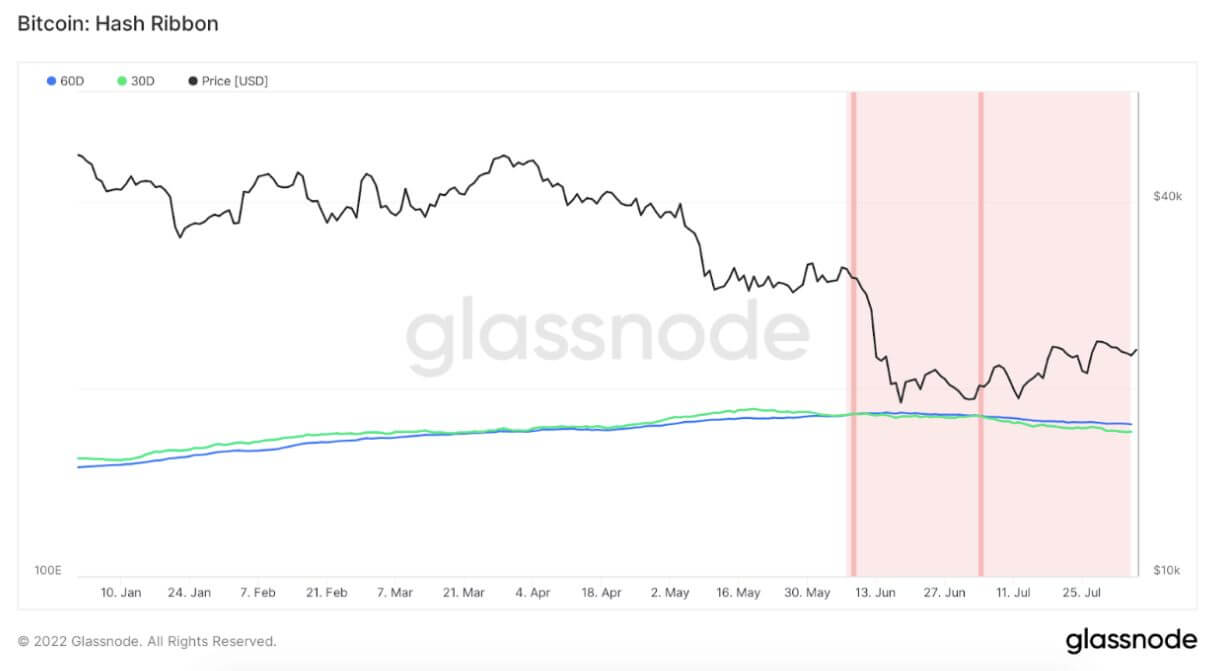 However, an analysis of the balances of the miners shows that the worst is over, and the miners have returned to accumulation. Their balances take into account the total supply stored at the addresses of the miners, respectively, it is possible to determine whether they sold their assets.

According to Glassnode, miner balances have rebounded from their June lows and are the highest since October 2017 (highlighted in red).

Along with the rebalancing, we also saw miner outflows from exchanges briefly exceed inflows to exchange addresses (highlighted in black). This suggests that more BTC is being withdrawn from exchanges than is deposited to be sold on the market. 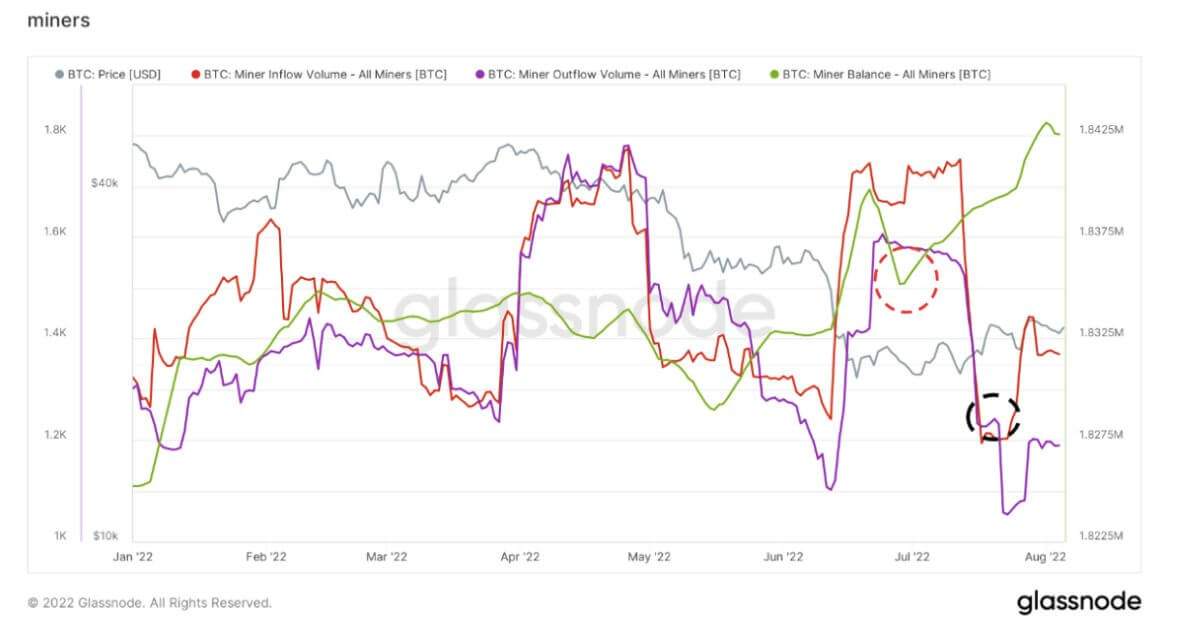 If Bitcoin continues to hold near the $23,000 resistance, we may not be back to mining difficulty lows anytime soon. 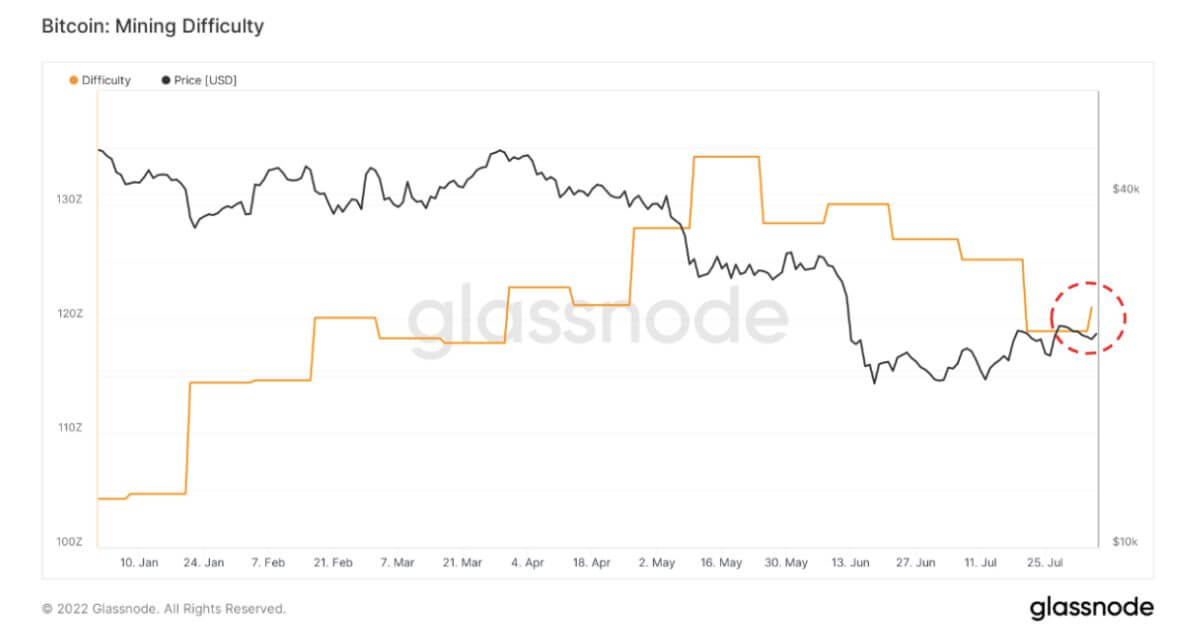 The Puell multiplier marked the bottom of previous cycles with a high degree of accuracy – it gave bottom signals in November 2011, January 2015, November 2018 and May 2020. The data showed that for the first time since moving out of the green zone, the Puell Multiplier is rising slowly and steadily. Thus, the forecast is positive. 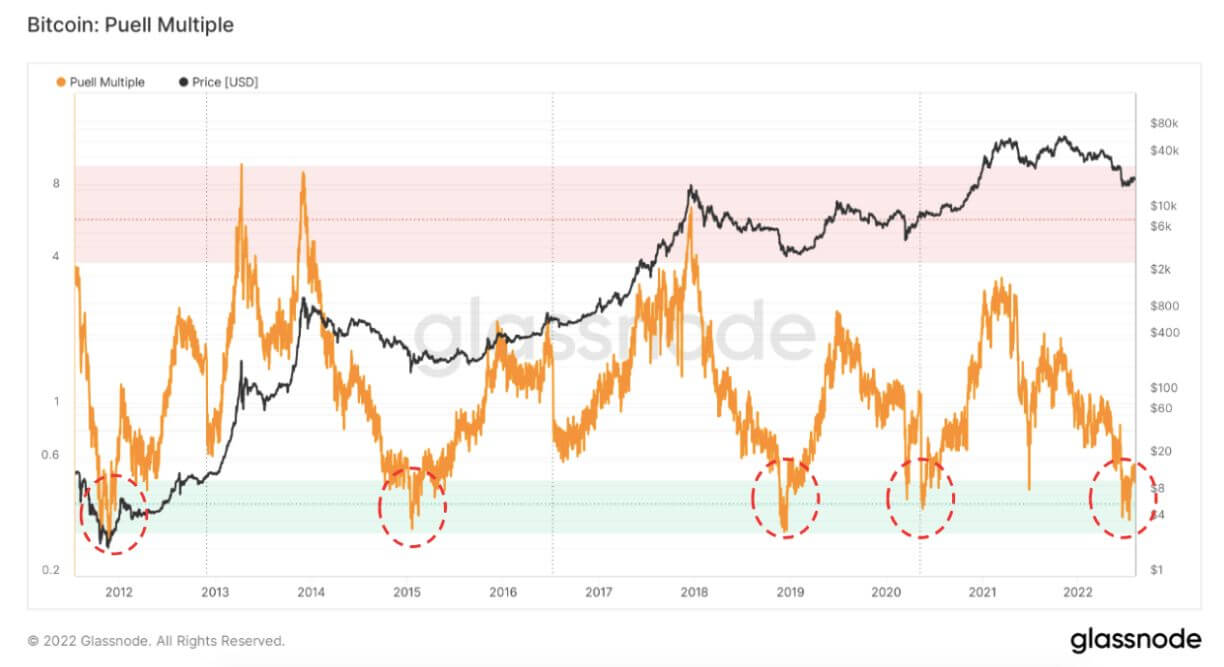