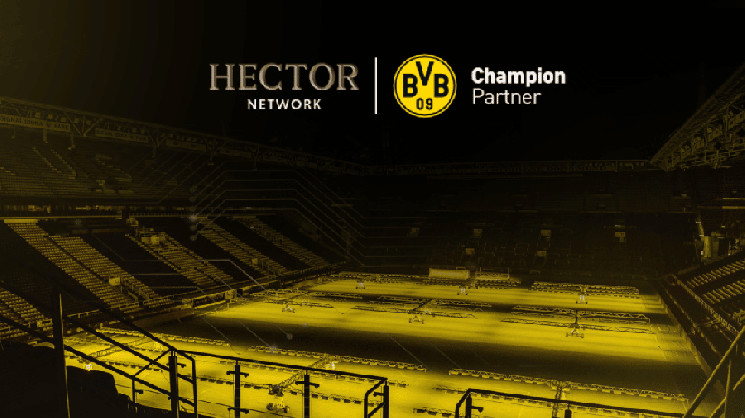 Detailed details of the agreement and terms of cooperation were not disclosed, however, it is known that Hector Network plans to regularly raffle tickets for all home and away matches of the 2022/2023 season among platform users. In addition, community members will be able to win unique gifts, as well as participate in special events for fans.

We’re Champion Partner of #BorussiaDortmund! #BVB is one of the most iconic football clubs in the world! Follow us for #Giveaways and incredible experiences!#HectorNetwork wishes our partner @BVB, @BlackYellow all the best for the upcoming season! #1$HEC $TOR #FTM #BNBChain pic.twitter.com/q6fdi5dbkb

Borrusia Dortmund is recognized as one of the richest football teams in the world, with a turnover of over €400 million. It won the German championship eight times and became the first German football club to win the European Cup. The worldwide fame of Borrusia Dortmund will allow Hector to gain wider exposure.

The collaboration of cryptocurrency companies and popular sports teams continues to gain popularity. In May, the OKX cryptocurrency exchange became the general partner of Formula 1 and the sponsor of the British team McLaren Racing. Earlier, OKX became the official partner of the reigning English Premier League champions Manchester City.