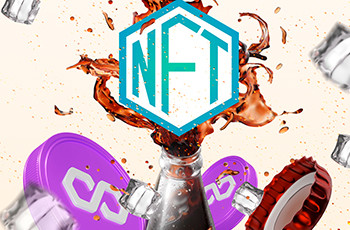 What happened? In honor of International Friendship Day, Coca-Cola has released a collection of non-fungible tokens (NFTs) on the Polygon blockchain. All NFTs were distributed among the owners of the company’s previous collections. Tokens have a unique share-to-reveal feature where each drawing is revealed only after the user has shared it with a friend. This was reported in the official Twitter Polygon Studios. What else is known about the collection? The design of the collection is inspired by bubbles in a drink bottle, as well as the theme of connection and unity. As the community grows, token holders will have access to rewards and other perks, including attendance at gaming events and early access to limited-edition Coca-Cola Creations products. Since International Friendship Day 2021, Coca-Cola has released over 4,000 collectible digital items. The issue is usually timed to coincide with holidays and high-profile dates.

Earlier, Daimler South East Asia, part of the Mercedes-Benz Group, announced the launch of a decentralized data exchange service based on Polygon called Acentrik. This is a kind of marketplace where corporate customers can buy and sell various data, such as insurance information, scientific research or customer bases. All products on the platform will be NFTs.